Beirut-based company Global Royalty Trading SAL had filed the suit against Rosmah over the payment or return of 44 pieces of jewellery worth about RM60mil.

Met after the proceedings in chambers before

Senior Federal Counsel Alice Loke Yee Ching, who acted for the Government, said the Government through the police, had a legal interest in the matter.

Loke said if the jewellery concerned was in fact seized by the police and then subsequently proven to be involved in the commission of an offence, it was liable to forfeiture and would then belong to the Government.

She said the plaintiff now would have to amend their statement of claim to include the Government as the second defendant.

Global Royalty Trading has named Rosmah as the sole defendant in its lawsuit.

In its statement of claim, the company said Rosmah was a "long-standing customer of the plaintiff".

The company alleged that the jewellery was sent via consignment to Rosmah upon her request.

She would then evaluate and buy the items for herself or through a third party.

Global Royalty Trading said Rosmah would return the remaining consignment that was not chosen by her.

The plaintiff said on Feb 10 this year via a memorandum of delivery No 926, salesperson/agent Samer Halimeh and/or Maen Shakhshir had delivered 44 pieces of jewellery worth about RM59.8mil (US$14.8mil).

It claimed that Rosmah confirmed and acknowledged receiving the jewellery via a letter dated May 22.

Alternatively, the company said if the jewellery or any of the pieces cannot be claimed back by the plaintiff, the defendant is responsible to pay back the costs of the items.

In her defence, Rosmah denied purchasing any of the 44 pieces of jewellery allegedly sent to her for viewing by a Lebanese wholesale jewellery firm totalling US$14.79mil or almost RM60mil.

The 44 pieces were among the thousands of jewellery pieces seized by the police during raids on several premises linked to Najib in May.

The items were seized under the Anti-Money Laundering, Anti-Terrorism Financing and Proceeds of Unlawful Activities Act 2001. 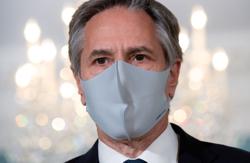