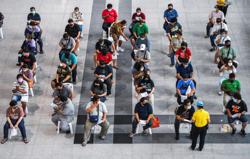 PETALING JAYA: Dengue prevention strategies implemented by the Health Ministry and its partners have been credited for the reduction in dengue cases and deaths by 35% and 52% for the first six months of this year.

Health Minister Dr Dzulkefly Ahmad said a total of 32,435 dengue cases with 53 deaths were reported from Jan 1 till June 30 this year, compared to 49,726 cases with 110 deaths during the same time period last year.

“These strategies implemented by the ministry and undertaken by our partners from other ministries, agencies and groups have shown positive impact as Malaysia recorded a downward trend in dengue cases and deaths for the past two consecutive years.

“In 2016 and 2017, annual dengue cases decreased by 16% and 17% respectively, while mortality reduced by 29% and 25% of total cases respectively,” said Dr Dzulkefly in his speech at the Asean Dengue Day 2018 event at Sekolah Rendah Agama Sungai Kayu Ara here yesterday.

He also lauded the various initiatives taken by Malaysia to combat the vector-borne disease such as forming the National Dengue Special Task Force in July 2014 and setting up of the Communication for Behavioural Impact (Combi) volunteer teams by the World Health Organisation (WHO) in 2001. 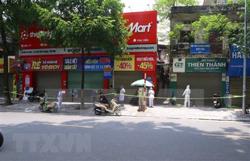