‘It is foolish to spurn China’s friendship’

KUALA LUMPUR: It will be foolish for Malaysians to spurn China’s hand of friendship because the tangible economic benefits enjoyed by Malaysia from the bilateral ties with China is at its all-time high, says Prime Minister Datuk Seri Najib Tun Razak.

He said the hand of friendship was first offered to China in 1974 by his father and second prime minister Tun Abdul Razak Hussein.

It was a historic event when Malaysia became the first Asean country to establish diplomatic relations with China.

He said that bilateral trade between Malaysia and China last year remained strong at US$96.3bil (RM375.6bil).

“China’s business community is one of our partners in building the high-income, highly skilled Malaysia of the future. I make no apology for saying that,” he said. 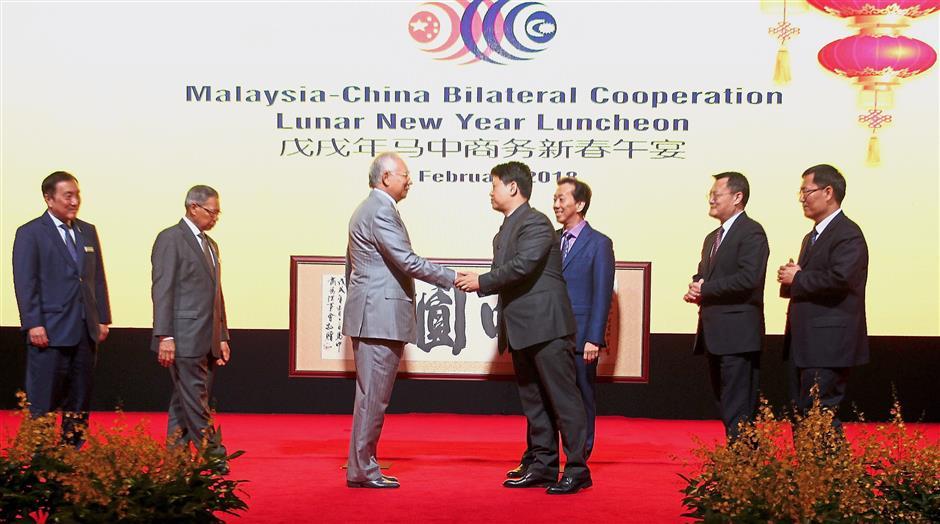 Najib added that the investment-friendly and business-friendly Go­­vern­­ment welcomed investments from any country, and that many multinational companies have set up their regional offices in Kuala Lumpur.

“We have just signed an MoU to set up a partnership with SK Group, a Fortune 100 company and the se­­cond largest conglomerate by mar­­­ket capitalisation in South Korea.

“A Swiss firm has just announced it is going to be investing RM12bil in a new plant in Pahang. I could go on, but the list would be too long,” he added.

In his speech, Ong said the phrase could best describe the ultimate achievements of the mutual visions – Chinese Dream and Malaysia’s Na­­tional Transformation 2050.

He said Malaysia is well poised to ride on the economic opportunities brought forth by China’s Belt and Road Initiative, with Malaysia’s strategic geographical location, multilingual talented human resource and strong bilateral ties.

MCBC became an incorporated body in 2011 with the Prime Minister as the sole patron.

With the aim of promoting trade and investment between Malaysia and China, it is the complementing arm to Malaysian government agen­­cies and works closely with its counterpart in China – the China Council for the Promotion of International Trade.