NIBONG TEBAL: The Attorney-General has given his approval for an inquest into the death of 14-year-old Vasantha Piriya, who attempted suicide after she was accused of stealing a handphone.

Penang police chief Comm Datuk A. Thaiveegan said they had completed investigations into the case but the date of commencement for the inquest had yet to be announced.

He said the approval was obtained on Monday (Feb 19) but declined to comment further.

"The faster we get the date, the faster we will announce it," Comm Thaiveegan told reporters during a press conference at the district police headquarters here Thursday (Feb 22).

On Jan 24, a teacher allegedly accused and reprimanded Vasantha for stealing her handphone at the school before sending her home later. 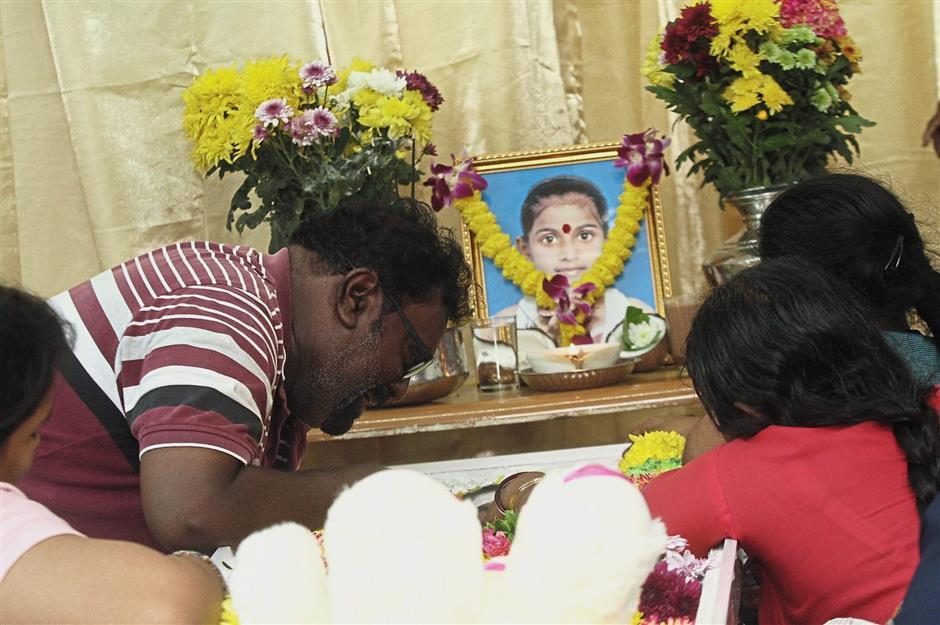 Painful goodbye: Muniandy watching over Vasantha Piriya at their house in Nibong Tebal.

After arriving home, the girl's father R. Muniandy, 54, went out with the teacher to discuss the matter.

Vasantha was later found unconscious in her room.

Muniandy broke the door to Vasantha's room when he returned home and his calls went unanswered.

The girl had locked the room door and placed a chair against the door to prevent it from being opened.

The SMK Methodist student was rushed to the nearby Sungai Bakap Hospital before being transferred to Seberang Jaya Hospital, where she passed away on Feb 1 after a seven-day coma.

‘She said she loved her teacher’

Call for inquest into girl’s death