Dr Ahmad Kushairi: ‘MPOB’s confidence in the health benefits of palm-based tocotrienols is due to the international-standard clinical trials they conduct on the vitamin.’

BANGI: They are a source of energy and nutrients for our bodies, as well as antioxidants that protect our cells against the effects of free radicals and help to reduce inflammation.

These are the good oils that should form a small but essential part of our daily diet.

While there are many types of oils out there, an excellent one in our very own backyard is palm oil, which contains a high level of vitamin E.

There are two kinds of vitamin E – tocotrienols and tocopherols – and palm oil has high tocotrienol content, which is the more powerful compound, said Dr Ahmad Kushairi.

Palm oil is one of the richest natural sources of tocotrienols, aside from rice bran and annatto oils, he added.

In addition, the technology to extract palm-based phytonutrients, which is believed to be beneficial for human health, has been developed since the 1980s.

In line with MPOB’s research strategy, value addition of downstream palm products is one of its major research focuses and tocotrienol research is one of the areas within this strategy, he said.

For instance, he said palm vitamin E has been added into food supplements such as oat drinks.

Small and medium enterprises (SMEs) are also including tocotrienols in their finished products.

“The Americans too are using it in their food,” he said, adding that the US Food and Drug Administration (FDA) has given palm vitamin E GRAS (generally recognised as safe) status.

But more than that, Dr Ahmad Kushairi said that MPOB would like to see palm vitamin E used not just as a supplement, but also for treatments and registered as a prescribed medicine.

For this reason, various research trials have been carried out.

In total, MPOB has done 65 international-standard preclinical and clinical trials on palm vitamin E from 1983 to 2016, he said.

He added that grants were provided under the 10th and 11th Malaysia Plans under the National Key Economic Areas (NKEA) programme to carry out clinical trials using tocotrienols.

A total of 10 clinical trials and one pre-clinical study on tocotrienols funded under the NKEA programme are being carried out locally and internationally, looking into the health potential of palm tocotrienols.

“We are expecting several interesting publications to be churned out from these trials very soon,” said Dr Ahmad Kushairi.

Several tocotrienol research collaborations have been established with renowned institutions such as Ohio State University, Wayne State University and MD Anderson Cancer Institute in the United States, the Royal Marsden Hospital in Britain, and the Commonwealth Scientific and Industrial Research Organisation in Australia, he said.

The board has also organised and participated in conferences to share recent findings from tocotrienol research, he said.

MPOB has collaborated on clinical trials to look at the neuroprotective benefits of tocotrienols in preventing stroke, as well as how they maintain the quality of life of patients with end-stage liver disease and prevent them from having to go through liver transplant, he said.

Other clinical trials include researching neuroprotection provided by tocotrienols in diabetic patients, supplementation in schoolgoing children with attention deficit hyperactivity disorder (ADHD), comparing the effects of palm tocotrienols and palm carotenes on vascular function and cardiovascular disease risk, the protective effects of tocotrienols against stroke, and as potential maintenance treatment in women with metastatic breast cancer. 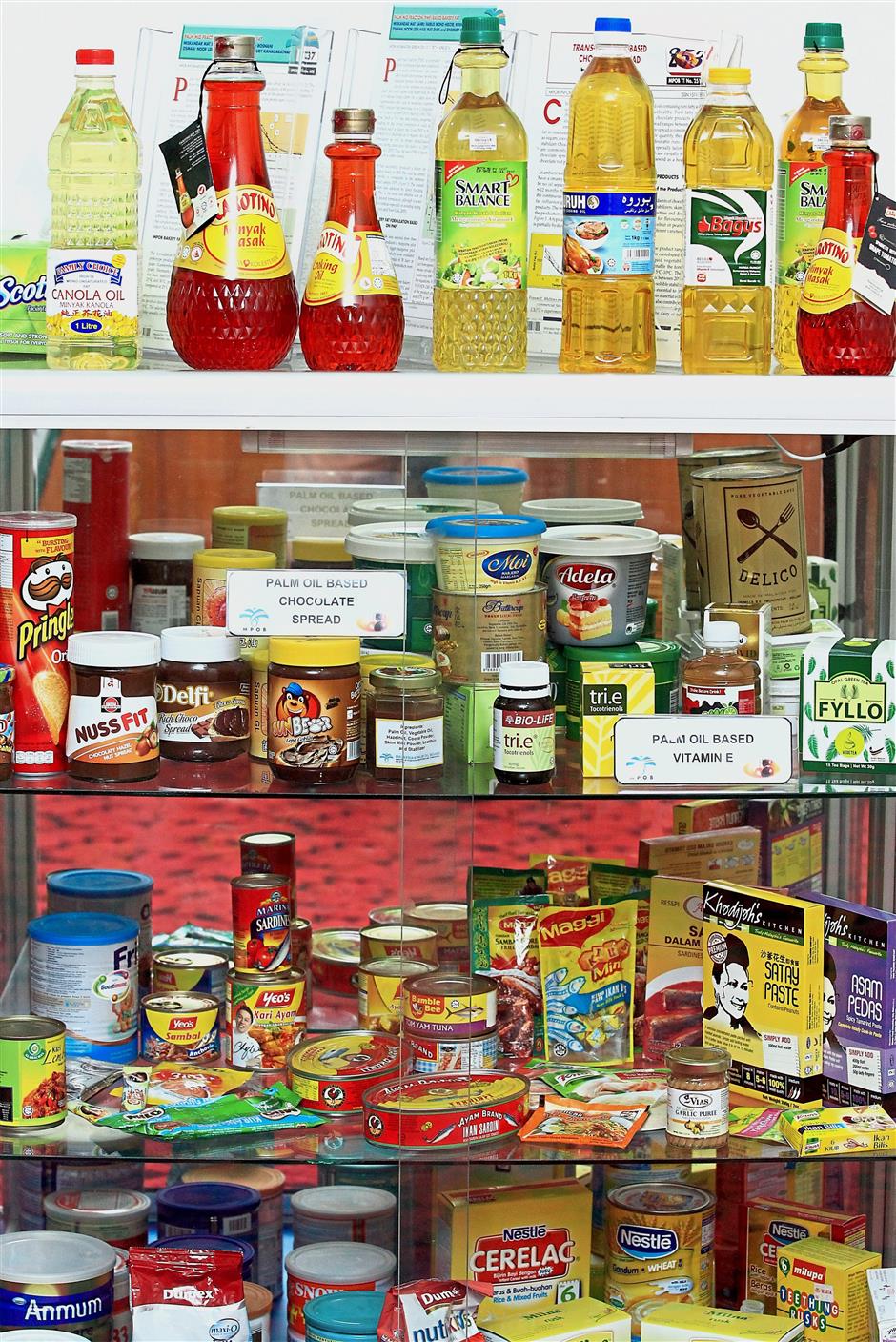 Healthy option: A huge variety of edible products are made with palm oil, which is one of the richest natural sources of vitamin E.

One pre-clinical study being carried out is on the use of tocotrienols for the prevention of colorectal cancer.

“We do clinical trials, that is why we are confident of palm-based tocotrienols,” said Dr Ahmad Kushairi.

He said most of the clinical trials on tocotrienols were conducted using commercial palm tocotrienol capsules due to safety reasons.

“These capsules were commercialised by manufacturers involved in the oil palm or pharmaceutical industry, some of them using MPOB-derived technology for the extraction of palm tocotrienol.

“Some of these products have been in the market since 1999,” he said, adding that the board is also getting the industry to generate high income for the people, as well as promoting sustainable development.

He said MPOB welcomes collaborations with universities and companies in developing and commercialising palm phytonutrients.

MPOB exhibits its technologies during their Technology Transfer Seminar every year, which includes the technology for extraction of palm vitamin E and other phytonutrients, he said.

Companies can go to the MPOB headquarters in Bandar Baru Bangi, Selangor, to view and adopt the technologies if they are interested, he said.

“Palm oil is rich in nutrition as it has a whole bouquet of phytonutrients.

“People with high income prefer to pay higher prices for other oils thinking that they are better.

“But why spend more when we have palm oil in our backyard?” he said.