A raw nerve hit, but no laws broken PETALING JAYA: The local website that connects “sugar daddies” with “sugar babies” may be controversial, but it has not broken any law in Malaysia.

There is no law against couple matching services in Malaysia unless it is for prostitution or other illegal purposes, said Bar Council cyber law and information technology committee deputy chairman Foong Cheng Leong.

While the website’s service and users may be entering a moral grey area, Foong said “immoral doesn’t necessarily mean unlawful”.

If any offence is committed, he said the Malaysian authorities, including the Malaysian Communi­cations And Multimedia Commis­sion (MCMC), could take legal action against the website operator since he is based in Malaysia.

Foong was commenting on a Malaysia-based online dating platform which matches established, wealthy men or “sugar daddies” with women who are seeking financial support.

MCMC also said operating, providing and using an online service or application is not an offence under the Communications and Multimedia Act 1998.

“However, action can be taken if such a service is being used to disseminate illicit content such as obscenities, nudity, pornography and others,” it said.

Other enforcement agencies like the police may also pursue various actions under the relevant laws if there are elements of prostitution, extortion, blackmail and scams.

“Should consumers feel the app is inappropriate due to its content, they can reach out to the MCMC or the police. Investigations will be undertaken to assess if such contravene the existing laws.”

Bar Council Syariah Law Committee chairman Datuk Khutubul Zaman Bukhari said if a Muslim joins as a member in the website and participates in it, then he or she may be breaching rules on decency and morality.

The bite is bitter for sugar babies

No sweet daddy after paying RM12,000 for him 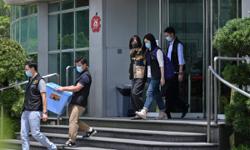 Stakeholders laud better social security protection
PM lauds people’s spirit
Form Five students happy to get jabs from July
Doubts are slowly dissipating
Chandra: Rukun Negara will always be relevant
They are all interconnected
Better protection at the workplace
Chiu stamps his mark in China
Keropok seller: No need to pay if not satisfied
SOP compliance teams to conduct checks on factories