PETALING JAYA: Television personality, emcee and disabled rights activist Ras Adiba Radzi took time off to visit “Papa Jin”, remembering how the music maestro could come up with a nice tune out of the blue.

“He created magic. Sometimes you wonder where it came from. Out of the blue, he would come up with a nice jingle, a nice tune, just like that!

“Even if he was given something at the last minute, he would still work on it without fail. He was the best!” she said after visiting Datuk Ooi Eow Jin at his home here on Saturday.

The retired composer and songwriter had collaborated with entertainers such as Tan Sri P. Ramlee and Datuk Sudirman Arshad in an illustrious career that spanned four decades, starting from the 1960s.

Ras Adiba said the disease had “gotten the best of him”.

The 49-year-old, who has known Ooi since 1986 when she was a rookie at TV3, recalled spending time at the “quaint recording studio” in Bangsar, Kuala Lumpur, to watch Ooi edit songs he had composed for the many TV programmes he worked on.

“Papa Jin, that is what I call him, was a mentor to all of us.

“He never spoke much, he was always smiling. We all looked up to him,” Ras Adiba told The Star. 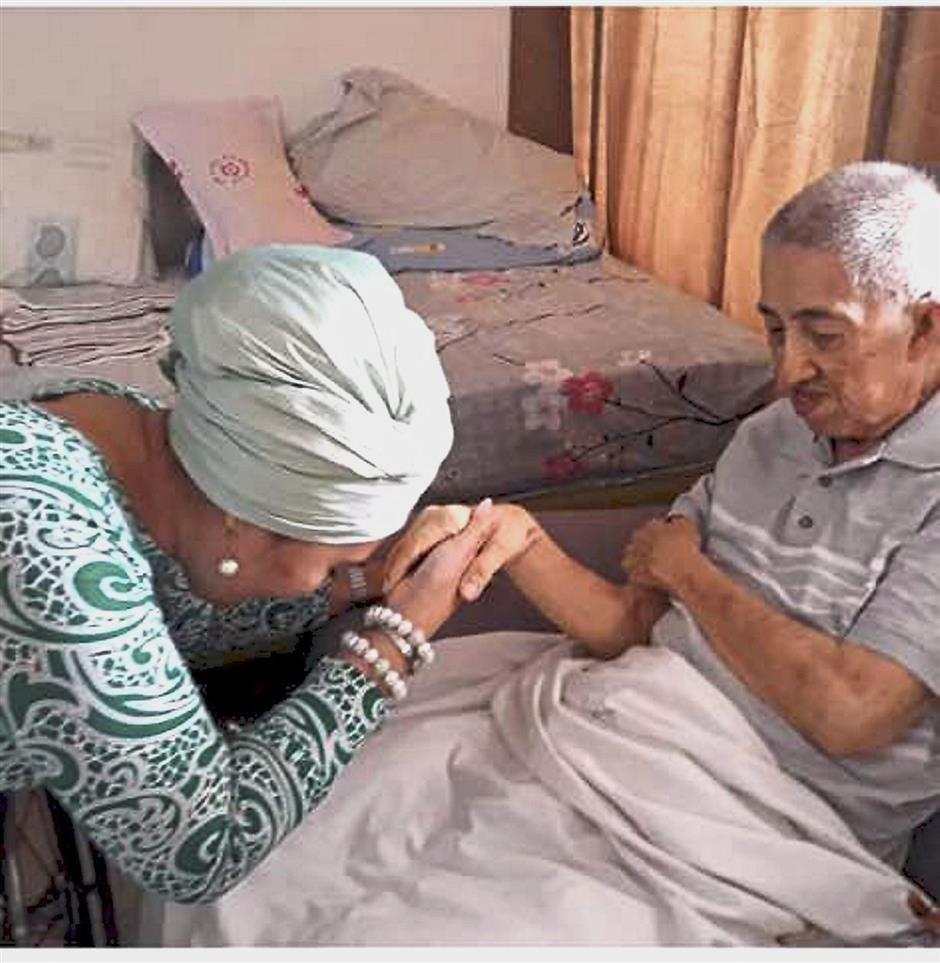 
Ras Adiba, who also heads OKU Sentral, a non-profit organisation for the disabled, said she visited Ooi to see how he was doing, and to chat with him about his days at the TV station.

However, she did all the talking during the visit, she said, adding that Ooi was distant.

Asked about Ooi’s wife Datin Elaine Khaw, Ras Adiba said she has been “up to her head” with Chinese New Year cookie orders.

Khaw recently had to stop taking orders after a social media post about her Chinese New Year cookies went viral.

The 78-year-old started selling cookies to raise funds to care for Ooi and their 54-year-old son Raymond, who was diagnosed with brain tumour at the age of 14.

After the post, help and messages of support soon poured in for the family, not least of which was plans by iconic singer Datuk Zainal Abidin to organise a mini concert in aid of Ooi.

Zainal will collaborate with the Spanish-style Tapas Bar La Bodega in Jalan Telawi, Bangsar, for the “La Bodega-Zainal Abidin Live from the Heart” show on Jan 30.

OKU Sentral, too, will be holding a show to help raise funds for Ooi.

“It will be performed by the disabled, especially for Papa Jin,” said Ras Adiba.

“We will hold it at the end of this month.”

Details on the date, venue and time will be finalised later.

Both Karyawan and Yayasan Artis 1Malaysia – organisations that care for the welfare of local artistes – have also said they will visit the family this week to offer assistance.