Logging went ahead without EIA

Left over logs were seen at the logging depot at Bukit Enggang catchment area where logging activity was done.STAR PIC BY: ZAINUDIN AHAD / The Star/ 13 Jan 2018

ALOR SETAR: The logging of over 500ha of forest reserve in Bukit Enggang, Sik, which has caused muddy run-offs into rivers in the surrounding area, has been carried out without an environmental impact assessment (EIA).

Separate checks by both villagers and an environmental group with the state Department of Environ­ment (DoE) confirmed that no EIA had been issued for the logging.

A senior state government official also confirmed that there was no EIA done.

Work has been stopped after the state government issued a stop-work order against the logging company.

Villagers, however, say the order is “too little, too late” and have formed an action committee called “Save the Community’s Water” to raise the matter with state and federal authorities.

Committee chairman Mohd Sobri Ramlee said he reported the logging to the Malaysian Anti-Corrup­tion Commission (MACC) after DoE confirmed that there was no EIA report. 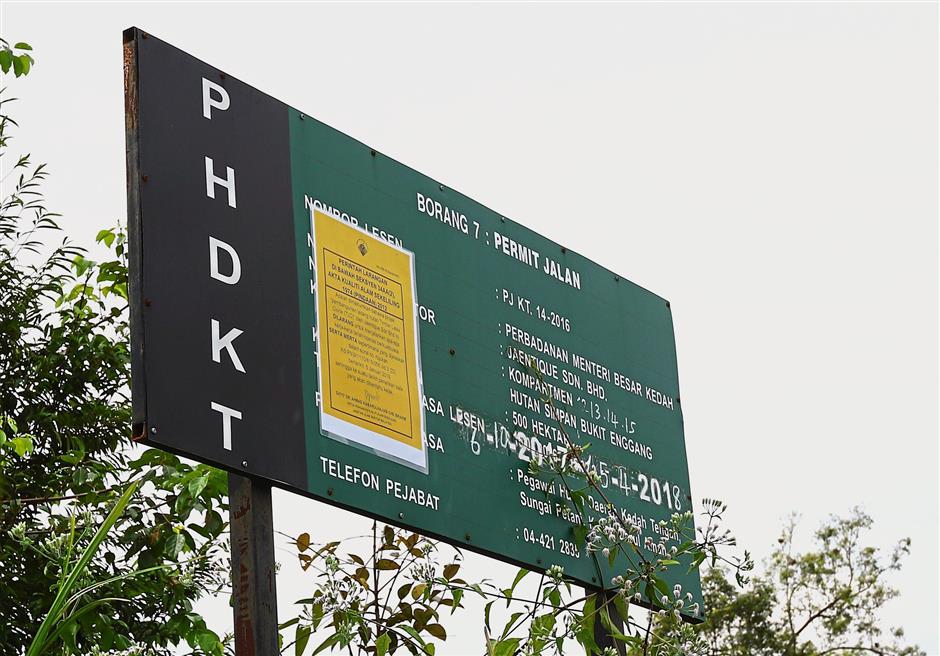 A stop-work order pasted on a signboard at the entrance of the depot.

“When we went to the DoE office in Alor Setar to check on Dec 20, the state director told us there was no EIA report for the logging.

“We don’t have a buffer and the flow of mud will get worse,” said Mohd Sobri, an engineer.

A check found a stop-work order dated Jan 5 displayed on a post at the start of the logging track.

The order by the DoE’s Environ­mental Quality director-general says the work by concessionaire Jaentique Sdn Bhd “has been stopped immediately until further notice”.

Rubber tapper Abdul Rahman Awang Kecil, who has lived downhill from the logging site all his life, said the unspoilt environment of his village has been eroded.

“I could see the lorries carrying logs until as recently as last Thursday,” said the resident of Kampung Paya Terendam, near Sik. 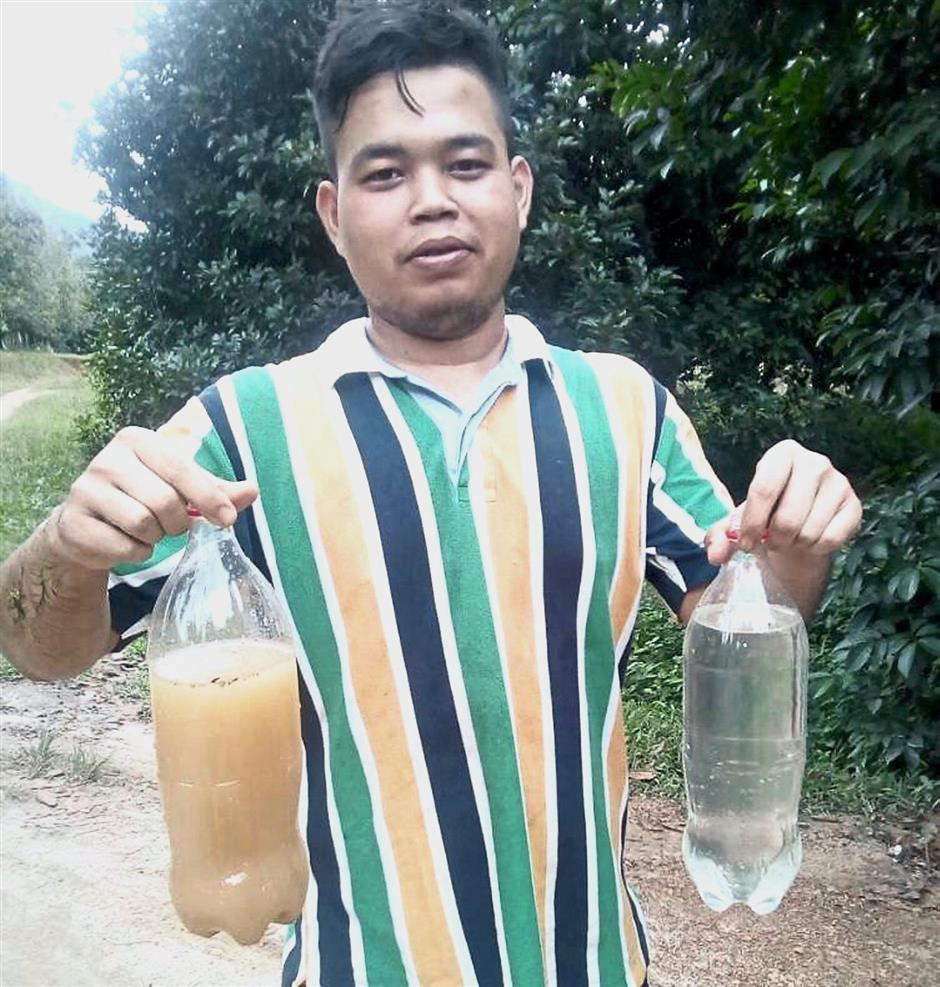 Not safe to drink: A villager with water samples collected showing the ‘before’ and ‘after’ effects of the logging activity.

Abdul Rahman, 32, said his village could not afford tap water, so they made four dams along the stream near their village, which comprises about 70 houses.

“My village is less than a kilometre from the hills.

“Because of the logging, the mud flows down to our only sources of water.

“Three dams have been totally contaminated by mud and dirt, leaving only one for us,” he said.

Lorry driver Ahmad Yusni Nor Azizan, 29, said it was disheartening to see dirty water being used by old people and children.

“Who is going to be responsible if we fall sick because of contaminated water?” Ahmad Yusni asked.

Pertubuhan Pelindung Khazanah Alam Malaysia (Peka) administration head Nor Hayati Shahrom said it is an offence to carry out logging without an EIA report for an area of 500ha and greater.

She said it was too late as the damage had been done, but the replanting should continue to repair the forest.

“The concessionaire should replant original trees such as meranti which would make the forest dense again – not trees that are alien to these hills,” she said.

Nor Hayati said Peka carried out its own background check on the company with the DoE after the villagers approached the group.

“We also found out that there was no EIA done,” she said.

“We will not tolerate any concessionaires who flout the law, especially logging, which affects the state’s natural resources and catchment areas,” he said.