Ramakrishnan with a copy of the first issue of Aliran.

FOR a generation of readers, Aliran was considered to be one of the few sources of independent and alternative news in the country.

Aliran was at the forefront of protests in the 1980s against the controversial amendments to the Societies Act and the Official Secrets Act, introduced to muzzle the free press.

Its coverage of some of the darkest moments of Malaysia's history, shedding light on Ops Lalang in 1987 and the judicial crisis a year later, was equally memorable.

And when Reformasi broke out in 1998, there was a renewed interest in the society and its flagship publication.

Persatuan Aliran Kesedaran Negara was registered with the Registrar of Societies (RoS) in January 1977 before it was launched in Penang in August of the same year by seven "concerned" Malaysians — Chandra Muzaffar, Ariffin Omar, Gan Teik Chee, Ismail Hashim, Nor Abdul Rashid, Siew Kam Poh and Subramaniam Pillay.

Circulation of the magazine fluctuated from a few thousand to over 20,000, with the peak circulation being during the judicial crisis in 1988 and Reformasi in the late 1990s.

While newspapers reported the facts on what was happening, Aliran which is Penang-based, provided in-depth analysis of the issues in what it believed to be an objective way.

Its outspokenness led to Aliran being labelled as anti-government, posing the greatest challenge to its right to exist and function as a organisation.

In the 1980s, the RoS even served Aliran with a show-cause letter claiming that the organisation was "prejudicial to, or incompatible with, peace in the Federation".

"They accused us of having international connections, disregarding the Rukunegara, that we were being anti-monarchy, anti-bumiputra and that we were frustrated politicians. They even tried to link us to the Communist Party of Malaya," recalled ex-president P. Ramakrishnan.

In fact, following Operasi Lalang in 1987, then Aliran president Dr Chandra Muzaffar was arrested under the Internal Security Act (ISA) and the Government did not renew the printing licence of Aliran's regular printer.

"We went hunting for a printer and after numerous efforts we found a brave soul to print the Aliran Monthly. It wasn't smooth sailing for us. The next 18 issues were printed by three different printers. After that no printer wanted to print Aliran Monthly in Penang," said Ramakrishnan.

There were issues as well during the Reformasi period between February 1999 and September 2000, where Aliran Monthly was published by no less than eight printers.

Subramaniam said there are those who think Aliran is anti-Barisan Nasional, but that the organisation has supported Government policies when it thought it was doing the right thing.

"We also have criticised the opposition parties when they propose things that we disagree with," he said.

But Aliran has managed to survive everything thrown at it and celebrated its 40th anniversary in August 2017. These days though, Aliran exists only within the online domain, having ceased publication of its magazine in 2014.

The online move, however, has led to the misconception that the organisation no longer exists, says its current president Dr Prema Devaraj.

She said that it has been an achievement for Aliran to have survived for 40 years and that this was due to the dedication of the core volunteers, writers and the public who have supported the organisation continuously.

She explained that over the years, Aliran's mainstay has been its publications of articles on issues which are seldom discussed in depth, such as the impact of neo-liberal policies, medical tourism, affordable housing and healthcare as well as new emerging topics such as migrant workers, refugees and climate change. Launch of the Aliran monthly archives.

Aliran finally digitally archived the 33 volumes of the Aliran Monthly print magazine and will make it accessible online to the public.

"It is a record of the journey of human rights struggles in Malaysia. It is also a testament to the conviction of those who produced this publication.

"In the past, many people including researchers had to tediously plough through older issues in the office to get information for their research and analysis.

"Now it will be available to everyone – and the contents will be searchable, making it easier to locate articles of interest," said Dr Prema.

But how relevant is Aliran now in this day, when there are countless online portals giving space to alternative views?

Dr Prema says that Aliran's purpose is not to produce quick responses to situations or emerging issues but rather about niche analysis on various subjects.

"Our inclusive and non-partisan approach is very relevant in a plural society such as Malaysia," she said.

Dr Prema said one of the organisation's efforts now is to work with youth, embarking on nurturing young writers through the Young Writer's Workshops.

She said that veteran Aliran writers work with youth over the basics of article writing and critical analysis on issues important to them.

"Through this engagement, we hope to see the emergence of young writers providing an alternative discourse which is currently lacking in this country," she said. 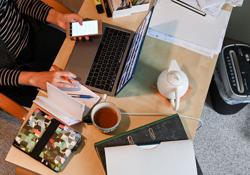