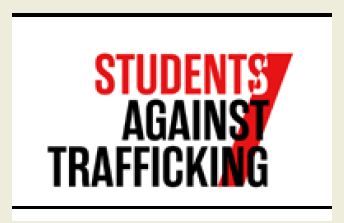 PETALING JAYA: After exposing the shadowy world of the student trafficking trade in documentary series Student/Trafficked, The Star’s R.AGE team is taking active steps to help combat the practice by launching its Students Against Trafficking campaign today.

Supported by the Ministry Of Higher Education (MOHE), R.AGE’s campaign aims to empower university students to help prevent trafficking in their institutions.

Students can take part in the campaign at the Students Against Trafficking website (rage.my/FightTrafficking), which allows them to generate an online petition poster addressed to their respective colleges/universities, asking them to impement anti-trafficking guidelines.

Institutions will then be given an online rating (Tier 1-3) depending on how well they implement the guidelines.

The main thrust of the guidelines is to blacklist education agents involved in trafficking.

“If college and university students hold their institutions accountable, and help enforce these anti-trafficking practices on their campuses, we can end student traffic­king once and for all,” said R.AGE deputy executive editor Ian Yee.

“The campaign is in line with MOHE’s efforts in enhancing the values and quality of higher education,” said Dr Hamisah.

Since the launch of Student/Trafficked in August, the R.AGE team has consulted with various stakeholders, including Deputy Prime Minister Datuk Seri Dr Ahmad Zahid Hamidi, the Immigration Department, the police, and the Anti-Trafficking in Persons and Anti-Smuggling of Migrants (Mapo) Council.

All the relevant government agencies and stakeholders have pledged to help end student trafficking, support the victims, and bring the traffickers to justice.

“We will rescue illegal immigrants who have been trafficked,” pledged a high-level representative from the Mapo Council.

“We want to work with R.AGE on this.”

NGOs Tenaganita and Migrant88 also lauded the campaign’s move to tackle the problem at its roots, namely trafficking agents.

“Colleges should practise direct hiring instead of using agents, many of whom take on the role of trafficker,” said Tenaganita director Glorene Dass.

For more info on Students Against Trafficking, turn to Page 9 in Star2 or log on to rage.my/ trafficked.