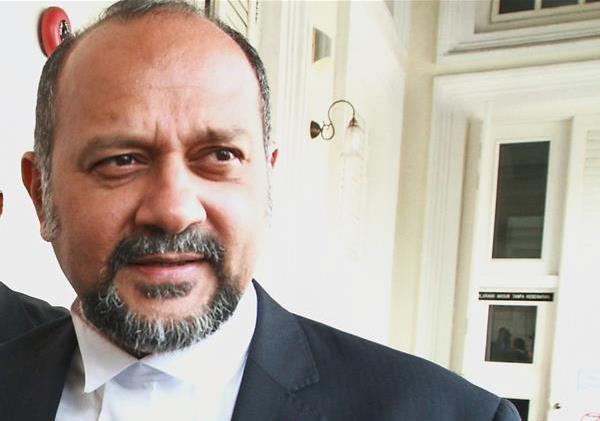 SHAH ALAM: Karpal Singh remained a factor in DAP even after his death and his son Gobind Singh Deo (pic) looks poised to carry on from where the father left off after the party’s special congress to re-elect fresh central executive committee (CEC) members.

Gobind, the Puchong MP, was second with 1,198 votes, just one vote behind stalwart Lim Kit Siang who had 1,199 votes.

Gobind’s growing popularity is an indication that he would quickly be filling his father’s shoes.

Gobind was later named as the party’s deputy chairman.

Even in death, Karpal received 43 votes. The former party chairman died in an accident in 2014.

His name, as well as those of five others who have since resigned from DAP, had to be in the list as they had all contested for CEC in the 2012 and 2013 polls.

A total of 1,356 members out of the total 2,576 delegates from 865 branches nationwide turned up at the IDCC Convention Centre to cast their votes.

The 62 members who are no longer in the list had either died, resigned from the party or disqua­lified after being declared bankrupt.

The 20 elected CEC members held their first meeting and selected 10 more members who were co-opted into the line-up.

Former Johor chairman Dr Boo Cheng Hau, who was elected into the committee in the last round is out, along with Penang Deputy Chief Minister P. Ramasamy, who was co-opted as deputy secretary-general in 2013, and Dr Tan Seng Giaw, another co-opted committee member.