‎JC Ab Karim meted out the sentences after the defence failed to raise reasonable doubt in the case.

On Sept 5, 2014, High Court judge Justice Mohd Azman Husin convicted Koong of the offences and sentenced him to death for Najadi’s murder, as well as 18 years’ jail for the attempted murder on Cheong.

But on Dec 14 last year, a five-man bench at the Federal Court set aside the conviction and ordered the case to be retried in the High Court.

He was charged under Section 302 of the Penal Code, which carries the mandatory death sentence upon conviction.

He faced a second charge of attempting to murder Cheong and causing her injury at the same time and place and was accused under Section 307 of the Penal Code, which provides a jail term of up to 20 years if convicted.

Najadi was shot and his wife wounded as they emerged from the temple on the day of the incident. The gunman fired on the couple at close range, killing the banker on the spot.

Najadi was shot twice in the chest while Cheong was hit on the left hand and right leg. 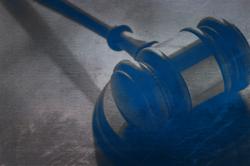