In limbo: Foreign workers waiting to be screened during an Immigration department raid in Jalan Kapar, Klang.

PETALING JAYA: It is only the third day of a nationwide operation against illegal foreign workers but employers are beginning to feel the heat.

Fearing enforcement, a large number of both legal and illegal foreign workers have gone into hi­ding, and their employers fear they will not turn up for work until things have cooled down.

Among the industries badly af­fected are construction and SMEs.

“This will jeopardise productivity, which will also affect the construction industry – one of the key dri­vers of our country’s economy.

“Since the Government is not extending the deadline for the E-Card (Enforcement Card) registration, we urge all contractors to quickly go for the rehiring process to save themselves unnecessary legal problems,” he suggested.

Members facing problems with rehiring, said Foo, could approach the association, which is working with Construction Labour Exchange Centre Bhd, for help.

He said during a raid, contractors will have no choice but to stop work while the workers are being screened.

“The overhead itself will ‘kill’ us. We may also get (hit with) liquida­ted ascertained damages (LAD) for compensation of late delivery. These are very costly,” said Foo.

Some of the workers, he said, were also without employers, especially those supplied by agents, adding that bosses with such illegal workers found it difficult to get them registered.

This was because the agents supplying the workers were not registered under the Construction Indus­try Development Board (CIDB), he added.

“When these workers are taken in, contractors are not sure if they are blacklisted (or) mentally fit or not. When they go for the E-Card and if they’re rejected, the contractors have to send them back at their own costs.

“They also have to pay RM600 in advance for the rehiring programme when applying for the E-Card and there is no refund if the applications fail.

“These are some of the factors that made employers reluctant to register their illegal fo­reign workers,” Foo said.

Datuk Seri Tan Thian Poh of the Associated Chinese Chambers of Commerce and Industry of Malaysia said small businesses would be most affected by the recent crackdown.

SME Association of Malaysia president Datuk Michael Kang said the crackdown was expected to affect SMEs’ productivity as illegal workers no longer dared to work out in the open.

“We hope SMEs will be allowed to bring in legal workers to make up for the shortfall,” he said.

Immigration director-general Da­­tuk Seri Mustafar Ali said there was no need for legal workers to fear.

In a brief WhatsApp message, he said: “Legal workers do not have to fear anything. Why should they?”

The E-Card, launched on Feb 15, is a temporary confirmation of employment for illegal workers and replaces valid travel documents from their countries. 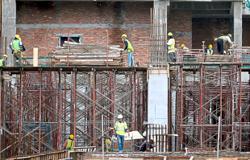