GEORGE TOWN: Police are looking for the object that was forced into the anus of 18-year-old T. Nhaveen, the bully victim who was allegedly assaulted and sodomised.

George Town OCPD Asst Comm Anuar Omar said police were investigating the alleged sodomy after the medical team informed them about the injuries to the victim’s anus.

“The doctors conducted a rectal swab and the specialists believed that the victim’s anus had been penetrated with a blunt object.

“I have instructed my team to return to the scene and look for the object.

“If we can find something with blood traces on it, then we can run a matching DNA test to identify if the object was used,” he told reporters at the district police headquarters in Patani Road yesterday.

ACP Anuar said Nhaveen’s family members had been told about the injuries to the victim’s anus after a specialist made the discovery.

“When he was sent to hospital, he was treated as an assault victim. But as he was in a coma, a specialist attended to him the next day and found bleeding in the victim’s anus.”

He said investigations revealed that there were only five suspects and two victims, namely Nhaveen and his 19-year-old friend T. Previin, involved in the incident on Sunday.

“Previin has identified all the suspects and we arrested them on the same day and the next,” he said, adding that the suspects were aged between 16 and 18.

Two of the suspects are in Form Four and Form Five while another two are unemployed after SPM. One of them is a college student.

On the case: ACP Anuar (right) briefing reporters on the remand of the five suspects.

“All of them admitted to beating up Nhaveen and Previin but denied that they had put any object into Nhaveen’s anus,” ACP Anuar said.

He said Nhaveen, who is in a coma, is warded at the intensive care unit of Penang Hospital.

“According to the victim’s medical records, he had some time ago been treated for a growth in his brain but we believe it was not related to the bullying incidents,” he said.

He added that police inves­­ti­gations so far have ruled out gang activity.

“We will also obtain the students’ performance reports from their schools and college,” he said.The police, said ACP Anuar, have recorded eight statements – five from the doctors, Nhaveen’s mother, the man who sent Nhaveen to hospital and Previin, the sole eyewitness in the case.

“We are about to complete the investigation paper and the case will be referred to the public prosecutor’s office for further action,” he said.

“As life support machines are still used to sustain the life functions of the boy, it is not brain death in medical terms.

“Severe brain damage would be more appropriate, due to brain hypoxia,” he explained.

Brain hypoxia is when the brain isn’t getting enough oxygen.

Meanwhile, the court extended the remand of the suspects.The five, clad in orange lock-up uniform, were brought to the court here at around 10.30am yesterday.

Deputy registrar Ahmad Tajudin Zain granted a further one-day remand for the two schoolboys while the others were remanded for another three days until Friday.

Family of late cadet saddened by bullying case in Penang

Brawn alone does not make a man, says columnist

Netizens want justice for Nhaveen and ‘hell’ for culprits

Bullying case: Best friend could only watch in horror

Those who bully are violent and weak, says Unicef rep 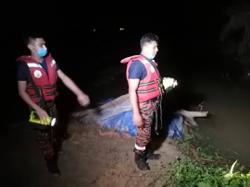