Malaysian passport ranked fourth most powerful in the world

PETALING JAYA: The Malaysian passport is the fourth most powerful in the world, according to the Global Passport Power Rank 2017.

Malaysia improved its position by two visa-free changes from 2016 to tie in fourth position globally with Japan as well as Switzerland, Netherlands, Belgium, Luxembourg, Austria and Portugal with an overall visa-free score (VFS) of 156.

In January, Malaysia was ranked fifth with a VFS of 154.

In the rankings published by Arton Capital's Passport Index, a VFS represents the number of countries a passport holder can visit visa-free or with a visa-on-arrival.

The index is the only real time global ranking of the world's passports, which is updated as frequently as new visa waivers and changes are announced.

No.1 spot for the most powerful passport in the world was a tie between Singapore and Germany.

This is the first time Singapore has topped the rankings with an overall VFS of 159. Singapore was previously ranked second.

In second place is Sweden with an overall VFS of 158.

South Korea, the United States, Britain, Denmark, Finland, Italy, France, Spain and Norway were tied in third place with a VFS score of 157.

In the Asean region, Malaysia and Singapore's positions at No. 4 and No. 1 respectively are far higher than neighbours Brunei (ranked 21 with a VFS score of 136), Thailand (ranked 54), Indonesia (67) and the Philippines (65).

Vietnam and Cambodia were tied at 77th in the world with a VFS score of 49. 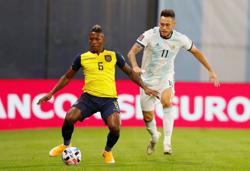