Even skilled workers not spared retrenchment 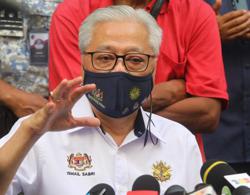 PETALING JAYA: The facts are sobering. Skilled workers are among the top category of employees retrenched in the past two years.

More than half of those who lost their jobs in 2015 and 2016 were skilled workers.

In 2015, 65% of those who were retrenched were skilled workers. The rate last year dipped only slightly.

Among them were plant and machine operators and assemblers, managers and technicians.

Statistics from the Human Resources Ministry showed that 11,910 plant and machine operators, and assemblers were retrenched last year.

Others included skilled workers in agriculture, forestry, livestock, and craft and trade.

They were among the 37,699 people who were retrenched last year.

The total number of people who lost their jobs in 2015 was 38,499. This, however, excluded the retrenchment exercise of Malaysia Airlines that year.

Malaysian Employers Federation executive director Datuk Shamsuddin Bardan, how­ever, maintained that the retrenchment figure for last year was higher than the 37,699 provided by the ministry.

“It can be slightly misleading because under the Employment Act, companies are not required to report if they retrench only fewer than six people.

“There are some companies that retrench fewer than six people so the numbers are higher,” he said, adding that this could happen in smaller outlets in shopping complexes.

Shamsuddin also believed there were some companies which did not report layoffs to the ministry although they were compelled by law to do so.

He said “disruptive technology” could also affect employment as many companies adopt automation and new technologies which did not require much manpower.

Shamsuddin said creating jobs in these “challenging times” could be an uphill task.

The EIS, which is meant to help workers cope in a demanding labour market, will start next year.

Affected employees can get temporary financial aid besides help in looking for new employment through a job-seeking programme.