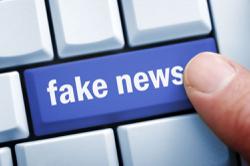 PETALING JAYA: Bersih 2.0 chairman Maria Chin Abdullah (pic) has been detained under the Security Offences (Special Measures) Act (Sosma) and could be held for a further 28 days.

Lawyers for Liberty executive director Eric Paulsen said the lawyers representing the Bersih members who were arrested were unable to gain access to their clients at Jinjang Lockup on Saturday morning.

"Been waiting here since 10am. Police are being uncooperative," tweeted Paulsen at 12.30pm.

He then tweeted that they had been "given the run around" by police before it was confirmed that Maria will be detained under Sosma at around 2pm.

"Sosma detention is unbelievably shocking against someone like Maria. The legislation when debated in Parliament clearly excluded Bersih," said Paulsen.

"As predicted by many, Sosma has now been used against Bersih when it should only be used against genuine security cases or terrorists," he said.

Lawyers For Liberty added that Magistrate Husna Dzulkifly had granted a two-day remand for the remaining nine suspects, who will be investigated under Section 147 for rioting.

"Under Sosma detention, Maria can be detained for a further 28 days. We are shocked and appalled by this abuse of power," tweeted Lawyers For Liberty.

DAP’s Seremban MP Anthony Loke who was also arrested yesterday, is expected to be released at around 8pm on Saturday night.

The Seremban magistrate’s court only granted a one-day remand instead of the four days as applied by the police, according to Puchong MP Gobind Singh Deo’s Twitter.

Loke was represented by Gobind.