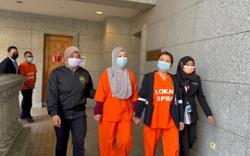 KOTA KINABALU: Sabah Development Bank says its senior officials who are being questioned by the Malaysian Anti-Corruption Commission (MACC) over graft allegations are cooperating with the agency.

The state owned company’s board of directors said in a statement Friday that the staff, management, and director were giving “full cooperation and providing full information” in relation to investigations by the MACC.

The statement, issued to The Star on Friday, also confirmed that the chief executive officer (CEO) had given his statement to the MACC investigator on Wednesday following the bank probe since Tuesday.

“The CEO of the bank has given his statement to the MACC on March 9, 2016, and continues to perform his daily duties at the bank,” it said.

The statement said that the information being sought relates to a customer of the bank, adding that the bank officers, who had been detained, were giving their full cooperation to MACC  “to arrive at a conclusion on the matter”.

The board of directors also assured all their borrowers and stakeholders that the bank’s “internal control process were robust and of high standards and believe that the matter related to the investigations shall be resolved”.

The bank also assured customers that investigations were not impeding its normal operations.

Two bank officers and a businessman (a former employee of the bank) were arrested by MACC in connection with investigations into an alleged “bribe for loan approval” probe after a customer lodged a report.

Some RM8mil in about 20 accounts under an executive, his wife and a bank employee has been frozen to facilitate probe by investigators who had also seized two luxury vehicles. 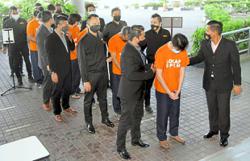