MMC: Medical graduates to get endorsement first before licence due to long waiting period 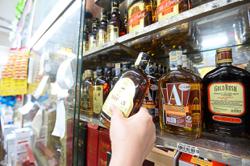 PETALING JAYA: The Malaysian Medical Council has decided to give Malaysian medical graduates from recognised schools an endorsement letter instead of a Provisional Registration licence in view of the long waiting period for housemanship.

The council’s chairman Datuk Dr Noor Hisham Abdullah said this was because the licence was for a three-year period and the long waiting period of six to nine months for housemanship would eat into the three years.

And a houseman who had to extend his or her housemanship would have to renew the licence before they completed the training, he explained.

"The MMC decided to give them an endorsement letter first and once the Public Services Commission offer them the house officer posts, MMC would issue the Provisional Registration license,” he said in a telephone interview.

In the past, Dr Hisham, who is Health director-general, said when medical graduates completed their studies they have to register with the council and get the licence and be accepted into housemanship.

It was earlier reported that at the council meeting on Dec 15, MMC decided to review the management procedures of obtaining the licence, Dr Hisham said in a statement.

Dr Hisham said the council acknowledged that a number of house officers undergoing housemanship at the Ministry’s hospitals failed to complete the training within the stipulated two years and their training had to be extended.

The main reasons were incompetencies and health problems.

“The extended training time for the houseman had resulted in a backlog of houseman in the hospitals and limited the number of intakes,” he said.

As of December, there were 10,183 house officers and 32% of them had their training extended, according to the Ministry. 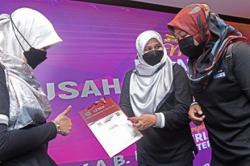