In a Sept 30 Facebook posting, Jones stated that she had been told by an Immigration Department officer at the Malaysian Embassy in London, Azhar Abdul Hamid that her application has been classified as “pending.”

Doris, who has been operating the Sabah Sarawak Keluar Malaysia Facebook page from London said Azhar told her the department’s headquarters in Putrajaya had ordered that status for her passport renewal application.

“Azhar mentioned to me that they were not rejecting the application but refusing to renew it,” Jones said in her Facebook page.

In another posting on the same day, Jones said she was aware that the refusal to renew her passport was due to a warrant for her arrest issued by the police here.

“I did admit I want to go home to face the warrant but since they cannot renew my passport they can bring the warrant here to the UK if the Malaysian government tells the truth,” Jones said.

She said she would remain in the UK “indefinitely.”

The police had issued warrant of arrest for Jones, whom they had identified as Yapp Kim Youn, for sedition.

The police however acknowledged that Malaysian authorities would not be not be able to extradite Doris as British laws do not recognise her crimes under the Sedition Act.

Meanwhile, Insp. Mohd Shahrizan Yahaya said they can only arrest Jones if she returned to this country.

He also explained that the Interpol was ready to arrest Jones if she was involved in other crimes except for the Sedition Act, as it has been abolished in Britain. 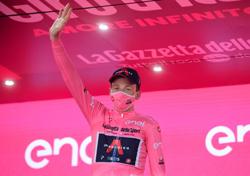 From London's East End to glory in Milan, the rise of Geoghegan Hart