Dying out: Puntung and Tam in a paddock at the Borneo Rhino Sanctuary in Tabin Wildlife Reserve, Sabah.

KOTA KINABALU: Sabah wildlife experts are for the first time acknowledging the grim fate of the state’s Sumatran rhinos.

They are now certain that the three rhinos in captivity are the only ones left and they are incapable of breeding due to health problems.

State Tourism, Culture and Envi­ronment Minister Datuk Seri Masidi Manjun said wildlife researchers had reported it was unlikely that there were any rhino left in the wild in the absence of any sightings of the creature.

(Wildlife experts had previously thought that there were about 10 rhinos in Sabah’s forests.)

“We are facing the prospect of our Sumatran rhinos going extinct in our lifetime,” said Masidi when opening a seminar on the environment organised by the Judicial Depart­ment.

The saddest part was that these creatures had been hunted to virtual extinction for their horns which have a nutritional value similar to nails, he added.

He said the state was fast running out of options to get the three remaining rhinos – females named Puntong and Iman and the male Tam – to produce offspring.

Masidi said the three rhinos had problems with their reproductive systems and wildlife experts were not able to come up with any solutions as yet.

Voicing a similar concern for Bornean elephants, Masidi noted that he had been alerted by the Wildlife Department of the disco­very of orphaned elephant calves two days in a row.

“The likelihood is that they (the mothers) have been illegally hunted,” he said.

Masidi added that with the increasing number of wildlife-rela­ted offences, the department was currently being restructured to se­­parate its enforcement and prosecution unit.

“We need more qualified prosecutors to ensure we are successful in taking poachers and other offenders to court,” he said, adding that the enforcement unit was also being beefed up.

Chief judge for Sabah and Sarawak Tan Sri Richard Malanjun said a special court had started operating in Sabah to hear environment-related cases and to dispose of them within four weeks.

He said the Environment Court would hear cases at the magistrate, Sessions and High Court levels.

He added that he had also issued a reminder to judges that the penalties they mete for environmental related offences must send a strong message from the courts.

Malanjun said it was for this reason he recently enhanced the penal­ty of a pangolin smuggler from a RM10,000 fine to RM25,000 and ordered the offender to be jailed for the maximum three years as well.

“The courts can impose a RM10,000 fine for someone con­victed of wildlife smuggling but will this be a deterrent if the price of a pangolin in China is RM50,000?” he asked. 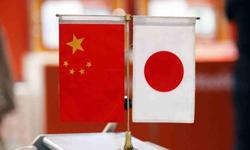