Bean me up, Red Army

Red bean has become the order of the day with the heightening political war in cyberspace, but who really is this motley crew?

THE jury was still out on whether the Red Bean Army in the opposition trenches was just a mirage when one of its “generals” made a confession in a Chinese language daily.

Li had attested, however, that the FB fanpage community which has some 50 members is not a registered organisation and it is merely a platform for netizens to discuss political issues, stressing that they had never issued any comments to provoke racial hatred.

Yet, it cannot be denied that the hostility is strong in the social media networks. 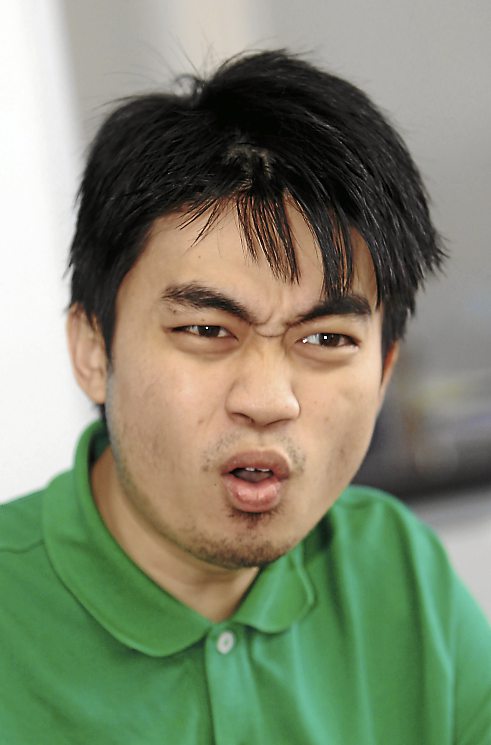 Shen: ‘The vigilante style of the Red
Bean Army is harmful.’


Malaysian Youth Rights Movement (MYRM) president Shen Yee Aun argues that the latest “outing” by Li only proves the existence of these cyber troopers who call themselves the Red Bean Army.

Shen, a former executive secretary of DAP Youth, was one of the first few to “expose” the Red Bean Army in the mainstream media and unwaveringly stands by his allegations of these “ruthless cybertroopers”.

“I am fighting every day. It is a psychological war and they just want to break one’s spirit and discredit the person,” says the haggard 26-year-old at his office in Petaling Jaya.

Shen has no qualms admitting that it is a personal vendetta for him to expose the Red Bean Army.

It was the Red Beans who chose to battle with him, Shen rants.

“My personal vendetta is not because of my leaving DAP. That was so long ago. What will you do if you are in my shoes today? The Red Bean Army manipulated, slandered and created lies about my friends, my family and me. They have started to harass my brother that he is scared to use our surname Shen!” he says.

He claims thousands and thousands of “hate mail” have bombarded him since he came to the defence of a student and MYRM member who received rape threats after she made a YouTube video to declare her support for Barisan during the elections recently. 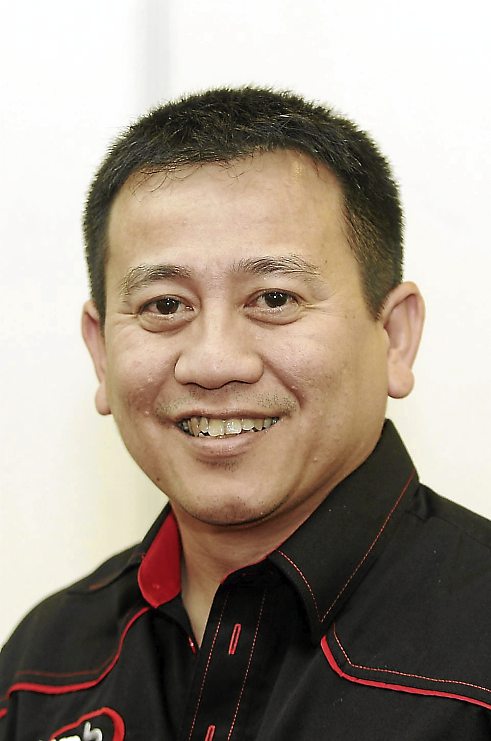 Tun Faisal: ‘It is revolution style – you
are either with them or against them.’

“They are not talking about facts or political ideas. They are driven by emotions – hatred and anger – to assassinate my character,” he storms on, highlighting the cyber attacks on international film star Tan Sri Michelle Yeoh and model Leng Yein.

Facebook photos of him have been copied and manipulated to disparage him, he claims.

“As an event organiser, it is normal for me to be seen at these social events. These are my friends and business contacts in the pictures and they are not even into politics. But they have been slandered as prostitutes and I am being called a pimp,” Shen rattles on furiously about pictures of him with some friends that are being circulated as him living it up in vice.

Shen concedes that he used to be a staunch DAP supporter, sharing that he got involved in politics when he was in his teens.

“I don’t know if I was too naive to see the truth or DAP changed after it won many seats in the 2008 elections,” he adds.

Who is the Red Bean Army?

Shen describes the Red Bean soldiers as professional netizens who manipulate and misrepresent facts not only to attack the government, but also ordinary Malaysians who pledge support to the Barisan Nasional.

These cyber troopers will gang up against the chosen target and harp on selected issues, which they will do relentlessly until their goal is achieved.

Usually they have three days for their operation, says Shen, claiming that although many started out as volunteers, they now work full-time on a RM3,000 monthly pay.

“Their main goal is to assassinate the character of anyone who supports Barisan. There are many young people who support Barisan but they are too scared to publicly say so because they do not want to be bullied and harassed online,” he says.

“Most of all, many are scared that they will be boycotted and lose their opportunity to cari makan.”

Many netizens have come out to say that they are fighting for the opposition in the cyber world voluntarily, on their own accord, time and money.

A member of the “We Support Teoh Beng Hock” FB community, who only wants to be known as Wong, says many of her friends feel that they have to do something to fight for their aspirations for the country.

“Many are drawn together because of issues like fighting corruption or saving the environment. It is not systematic and I don’t think it is planned. I doubt that they are getting paid either. But I admit, they are emotional and sometimes get carried away by their sentiments,” she says.

The arts activist believes that many are sincere but get caught in the political crossfire because they lack media literacy.

“Many do not know how to process information and sieve what is right and wrong from the noise on the Net. Unfortunately, many prefer to believe the possible untruths on the Internet or alternative media than the truth in the mainstream media,” Wong adds.

This perception has led to some comparing this Red Bean Army to the Anonymous group, a loose network of hacktivists. The parallels drawn focus especially on their structure, which is said to be “an Internet gathering with a loose and decentralised command structure that operates on ideas rather than directives”.

Shen refutes the notion, arguing that the Red Bean Army does not deal in facts but is waging personal attacks.

“No matter what issue you bring up, they will try and credit your source before attacking you personally by calling you a dog, loser, etc. When that fails, they will start to divert the issue,” Shen alleges.

Shen concedes that he has no list of name but insists that the proof of its existence is there on the Internet.

“They have jackets and t-shirts with the Red Bean Army logo. When they attack you, their personal profile says Red Bean Army, so you still think they do not exist?”

The admission by Li Shang sheds the contradiction of the statements made by the opposition leaders, Shen adds, calling it a “cliché denial”.

“We didn’t know the extent of the army because all the insults and slanderous comments were written in Chinese. We only knew after the war was dragged into the mainstream media, and then we got information from internal sources and our own investigation.”

Says Tun Faisal, the Red Bean Army can be recognised from their identical traits. “They have the same characters, so we know they are from the same group.”

He alleges that they are using the same tactics as the Communist Party of Malaya during the Emergency. “It is revolution style – you are either with them or against them, and they bully anyone who is against them.”

What is their threat?

“They fight a dirty war and they threaten and harass people. We don’t need these people who are disturbing the peace in our country. It will not bring good to the country,” says Tun Faisal.

Democracy is democracy, but it does not give you the freedom to create and spread lies, he stresses.

On allegations that it is a story cooked up by his own unit, Tun Faisal retorts, “What for? Why do I want to create this?”

He refutes that they are trying to divert attention from their own cyber troopers who supposedly get paid.

“If Barisan is paying for their cybertroopers, why are their responses to the opposition attacks so slow?” he says.

“Anyway, we argue with facts. When we expose anything, it is based on facts. We don’t create something out of nothing. We don’t threaten to rape or kill people.”

Tun Faisal adds that they will not stoop to the Red Bean Army’s level and leave the fight to the authorities, supporting action and a clampdown on the cyber menace.

“They complain about the police focusing on this instead of crime on the streets. First of all, statistics show that our crime rate has fallen. Secondly, is this not crime? Cyber crime is a serious crime too, and if they don’t want the police to waste their energy and time, they should stop.”

Shen agrees that the vigilante style of the Red Bean Army is harmful. “Do you know the shame Red Bean Army is bringing Malaysia in the eyes of the world? They spread lies about election fraud in the GE13 with a petition to the United States, risking international interference in our country.

“Do you know that before the elections, two Taiwanese singers were supposed to attend our first concert in Penang but in the end, they pulled out because they were scared this army would create fear and attacks to boycott any of their product endorsements?”