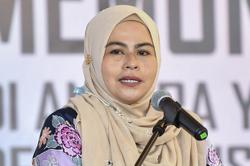 KUALA TERENGGANU: Mohd Ashraf Hafiz Abdul Aziz, 25, who failed to have a name change to Aleesha Farhana after undergoing a sex change operation in Thailand, has died at the intensive care unit of Hospital Sultanah Nur Zahirah.

Bernama reported that the patient was admitted to the hospital at 3am on Thursday after experiencing heart problems and low blood pressure and died at 5am on Saturday.

Father of the deceased Abdul Aziz Ahmad, 60, when contacted, said the family was waiting for family members and relatives to return to Kuala Terengganu and that the funeral would be held after the mid-day prayers Saturday.

Doctors at the hospital on Friday said the deceased was suffering from unstable angina with cardiogenic shock.

The deceased, 25, had applied to the Kuala Terengganu High Court for an order to change name and gender but it was rejected on July 18.

In Kuala Lumpur, Women, Family and Community Development Minister Datuk Seri Shahrizat Abdul Jalil said that she was deeply saddened that her ministry was not able to provide counselling in time to the deceased.

Shahrizat said her ministry from early on had offered to provide counselling to the deceased but now fate had intervened.

“We were concerned about his wellbeing. My ministry is welfare-oriented and we are non-judgemental.

“We try to understand and counsel anyone who needs our help, especially people who feel desperate like in the case of Ashraf, but for him, it is too late now,” she said when met on arrival at Putra World Trade Centre here where the Wanita Umno chief was due to chair a meeting of the Umno wing's executive committee.

Shahrizat also extended her condolences to the family and hoped they would remain strong in this difficult time.

“If the family needs any help they can contact me or the nearest Welfare Department office,” she said.

Meanwhile, a candlelight vigil will be held at 8pm Saturday by Seksualiti Merdeka in front of the Bar Council at Lebuh Pasar Besar. 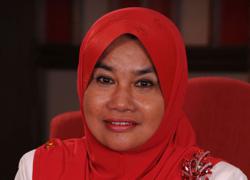