Kelantan Sultan back from Singapore

However, the people, many of whom were holding up banners, were disappointed when the Sultan and his family took another route to Istana Mahkota in Kubang Kerian.

The Sultan and his family boarded a private jet from Singapore and touched down at about 12.30pm.

One of the well-wishers at the airport said he was disappointed that he was unable to greet the Sultan.

“I took the day off but it was a waste of time coming here as I could not see the Sultan,” said the 34-year-old man, who declined to be named.

Almost all the state’s dignitaries, politicians, and exco members were present except Mentri Besar Datuk Nik Abdul Aziz Nik Mat who was admitted to Universiti Sains Malaysia in Kubang Kerian on Wednesday for exhaustion. 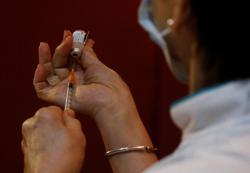 Sabah gets first batch of 16,380 Covid-19 vaccine doses
Convening of Parliament is a return to democracy, says James Masing
Drones used in farming to be regulated from March 1
Cops bust motorcycle theft ring with arrest of 16 suspects
Police looking for man wanted for alleged apostasy
Put national interests ahead of power struggles if Parliament is convened, says Umno veep
Ismail Sabri calls for Malay unity, saying GE15 'around the corner'
Govt's Bachelor of Education scholarship applications to open in March
Couple arrested over alleged abuse of Cambodian maid
AgeCOpe appeals for more time for care homes to pre-register for vaccine