IPOH: A pioneering tower standing 40.26m tall has entered the Malaysia Book of Records as the tallest built by scouts in the country.

It was constructed by 50 scouts from the Shiang Yang 219th Kinta troop using 5,000 pieces of mangrove wood and 300kg of rope.

It took them 10 days to build the nine-level structure at the Bercham recreational garden and sports complex here. 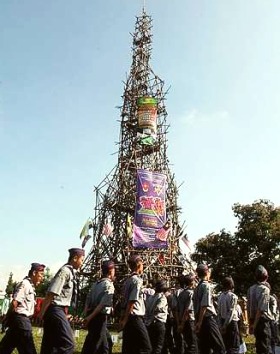 MBOR research journalist Ricky Yap said the structure was an amazing feat as it was built entirely by hand.

“One of the criteria in the attempt was that the feat had to be motivational and inspirational, and this certainly fits the description,” he said after presenting the certificate to the group here.

The previous record, he said, was set in 2002 by a group of Penang scouts who built a tower measuring 35m tall but it was done with the help of cranes and scaffolding.

Until tomorrow, members of the public can visit and take photographs of the structure.

They can also scale the tower for RM1 under the supervision of the scouts. 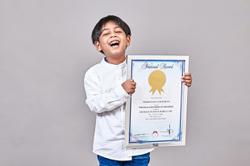