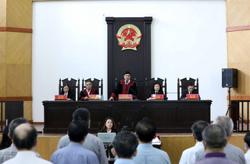 PUTRAJAYA: The RM1.5bil incinerator project in Broga has been cancelled.

Court of Appeal Justice Suriyadi Halim Omar, who was sitting as a High Court judge, was informed of the matter by counsel Uma Parvathy Thothathri when the court commenced yesterday for the continued hearing of an action taken by a group of Broga residents to block the project.

About 30 residents present in court cheered and applauded when lawyers acting for the Government confirmed that the project would no longer proceed.

Uma was acting for the residents, who took the Government to court in 2003 over the project.

Yesterday was supposed to be a continuation of the hearing for the case, but in a surprising turn of events Uma informed Justice Suriyadi that the firm had received a letter from the Attorney-General’s Chambers on Thursday evening.

Uma told the court the letter stated that the project had been “ditamatkan” (cancelled).

Justice Suriyadi then turned to the two counsels representing the Government and asked why the project was cancelled.

Senior Federal Counsel Suzana Atan and Selangor legal adviser Datuk Zawyah Be Loth Khan replied that the project had indeed been called off.

Suzana said she did not know why the project was called off and that she was only informed by the ministry concerned.

The judge then jokingly asked her, “Is it a state secret?” and laughed. The Government’s counsel could not respond to his question.

Uma then informed the court that due to the turn of events the plaintiff would opt to file a notice of discontinuance within seven days.

The court also decided that the Government would pay costs to the plaintiff’s solicitors.

Outside the court, Alice Lee, who led the action and whose name appeared as the plaintiff in the suit, said the 402 residents who sought justice in court were “so very happy”. 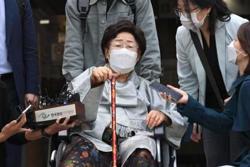