Mailbox under the waves for divers

KOTA KINABALU: If you want to post a letter in Pulau Mataking, in Sabah’s east coast, go underwater.

A resort at the diving island has set up what’s believed to be Malaysia’s first underwater mailbox and Pos Malaysia thinks it is a grand idea.

The mailbox is attached to the wheelhouse (navigation cabin) of a 12m long wooden cargo boat, the Mataking 1, that sank near the resort on March 19.

“The vessel was last used four years ago, when the resort was being built,” he said, adding that the boat, 24m under the ocean surface, serves as an artificial reef.

“Divers now have the unique experience of posting their letters and postcards underwater,” said Van Dooren.

He said letters or postcards would be placed in a sealed bag.

They would first be postmarked with a special stamp that would state that the letters or postcards were sent through the underwater mailbox.

“The mailbox will be cleared four times a week,” Van Dooren said.

He said the resort, about an hour’s boat ride from Semporna town, was writing to Pos Malaysia to get it to recognise the underwater mailbox as a proper mailbox and hoped a special stamp could be issued to commemorate the event.

“It’s a good, creative and interesting idea to promote the islands,” he said, adding that as far as he knew it was the first underwater mailbox in the country.

Similar underwater mailboxes, have been set up in various diving spots, including in Spain, Vanuatu, the Virgin Islands and the Bahamas. 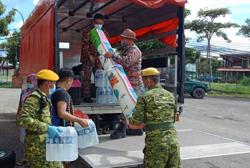 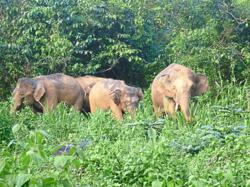