The Danish entrepreneur, a permanent resident of Malaysia, was well known for his deep commitment to the development of Malaysia’s palm oil industry and played a pivotal role in raising the industry’s profile locally and internationally.

In 1970, he was instrumental in breaking the monopoly held by Britain-based refiners. A year later, UP set up Unitata Bhd, one of the largest palm oil refineries in Asia then.

This paved the way for the rise of the Malaysian palm oil refining industry, which today processes almost the entire local crude palm oil (CPO) output.

In 1989, Bek-Nielsen, with a Malaysian delegation, brokered an agreement to counter the anti-palm oil smear campaign led by the American Soybean Association.

In 1996, he was accorded the title Tan Sri, Malaysia’s highest civil award for his services to the industry.

On the corporate front, Bek-Nielsen devoted his entire working life to UP, which is one of the country’s most efficiently managed oil palm plantation groups, based in Teluk Intan, Perak.

He was first posted to UP in 1951 as a young mechanical engineer and worked his way up to be the senior executive director in 1971 and finally appointed as chairman from 1978 to 1982.

After that, he planned and oversaw the acquisition of a controlling interest in another company, Scandinavian-based AarhusOliefabrik AS. 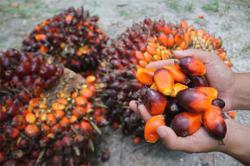