PETALING JAYA: After show business, award-winning actor Rosyam Nor is set to make it big as a healthcare entrepreneur.

After starting his own production house, Suhan Movies & Trading Sdn Bhd, last year, Rosyam set up a health and business centre at a hotel here on Friday.

The enterprising actor, was appointed by traditional health and beauty care company Nona Roguy as its spokesman last year, said –during his visits to its centres in many states - he realised there was no similar place for men.

“I see there is a business potential in this area,” he had said.

Since Nona Roguy is already an established name in the field, Rosyam's centre will deal mainly with the company's traditional herbal and botanical preparations.

“The herbs used in the products have high therapeutic qualities and are widely recognised and internationally accepted as quality Malaysian herbal products,” said the 36-year-old Rosyam, who has acted in 15 films.

“It's time men take their health seriously. Herbal concoctions help to maintain their youthful appearance,” he said, adding that Malaysian men, in general, tended to neglect their health compared to women.

“They should look after themselves the way women do.

“A man's hormone level is at its height when he is in his 20s and decreases after that.

“This period brings a lot of health problems, like heart palpitations, tiredness, decrease in productivity and concentration, mood disturbances, lack of confidence, impotence and loss of libido,”said Rosyam. 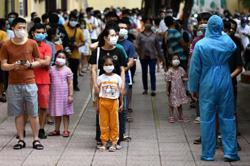 Vietnam to test 1.1 million people in city at centre of outbreak 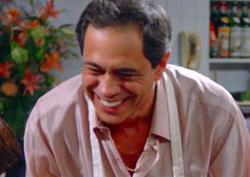