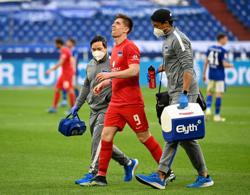 KUALA LUMPUR: The Government has sealed a deal worth RM1.4bil partly through contra trade to acquire battle tanks and for defence technology transfer from Poland yesterday.

Defence Minister Datuk Seri Najib Tun Razak said the purchase of the 48 units of the PT-91M tanks would enhance the armoured brigade’s capability while increasing trade opportunities with Poland.

“This is a historic moment. It involves years of preparation to equip the army with main battle tanks to establish a truly efficient armoured brigade.

“Apart from lifting the standard of our Combined Arms Division (which include the capacities of attack, mobility, communications and surveillance), the deal would also enhance ties and collaboration with Poland on the economic front,” he said after the contract singing ceremony held at Mutiara Hotel yesterday.

The importance of the contract to Poland was reflected in the presence of a team of Polish media from the public television network PTV.

Najib said the off-set purchase scheme would not strain the country’s finances which has a payment period stretching into the Ninth Malaysia Plan in year 2010.

Asked for the relevance of tanks in modern-day warfare where ground weapons could easily be destroyed by air strikes as seen in the Iraq war, Najib replied:

“Tanks remain an important army inventory and its value lies in short-range treatment and fire power. For every weapon system, there is an antidote to it and we just have to be prepared.”

Shmaijinski said ”This is a very important deal and we assured the Malaysian Government that we will deliver our best technology,” he said. 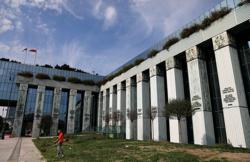