Experts: How to stem the brain drain

Noting that Malaysia’s brain drain is a longstanding problem, Assoc Prof Saidatulakmal points to the view that there is a lack of opportunities in Malaysia as a key problem.

“The lack of opportunities includes limited employment opportunities for professionals such as medical doctors and engineers, as well as non-competitive salaries for high-skilled occupations and less attractive benefits provided by companies,” she says.

She points out that the World Bank Malaysia Economic Monitor Report 2011, which was focused on Malaysia’s brain drain issue, had highlighted how the salary and benefits incentives of many high-skilled sectors in the country are less attractive compared with those in many developed countries.

More than a decade on, not much has changed and this is further compounded by sluggish, if not stagnant, salary growth over the years.

We can have a policy to restructure salary schemes to offer more attractive salaries that commensurate with qualifications and experiences as well as providing better career prospects, Assoc Prof Saidatulakmal points out.

“Of course, this requires high commitment from the private sector, and a salary restructure could lead to a series of market failures such as a hike in prices and an increase in the cost of living, especially in urban areas. High labour costs could also increase a firm’s operating costs, which could affect investment,” she concedes.

Salary restructuring, if need be, ought to be done progressively and could start with fresh graduates, Assoc Prof Saidatulakmal says.

“Fresh graduates, especially those who received their education abroad, need to be motivated to return to the country and be attracted to the salary package offered by the labour market. This effort needs to be matched with a favourable working environment, such as better job opportunities irrespective of race.”

This is important not only to attract Malaysian talents back home but also to dissuade local talents from leaving, she stresses. Assoc Prof Saidatulakmal: Salary restructuring, if need be, ought to be done progressively and could start with fresh graduates – Handout

Citing an Emir Research study entitled “Analysing Malaysia’s Brain Drain Pandemic”, he says Malaysia’s brain drain has been growing at an average rate of 6% a year in the last few decades. The think tank estimates there are around two million Malaysians living and working abroad, including some 500,000 highly- skilled professionals.

According to Loh, Malaysians are emigrating to countries like Australia, New Zealand, Japan, South Korea and the United States in search of better paying jobs due to the exchange rate and purchasing power parity.

“For example, they prefer to work as fruit pickers and farm hands as the amount of money they can earn is enough for them to buy a modest house – unlike in Malaysia, where the minimum wage is barely enough to sustain one’s livelihood, especially in urban areas.

“A salary of RM2,000 as a security guard, which is still under the poverty level (Poverty Line Income) of RM2,208, is simply not enough to survive in a Malaysian urban setting.

“Someone earning A$2,800 (RM8,500) a month working on an Australian farm could live pretty comfortably and still send back half of their pay to Malaysia, even after factoring in rent and taxes,” says Loh.

Dr Yeah Kim Leng, director of the economic studies programme at Jeffrey Cheah Institute of Sunway University, says besides depressed wages and lack of career advancement and entrepreneurship opportunities, there are other pull and push factors.

“The investment and business start-up environment needs to be enhanced substantially to create high quality and well-paying jobs to absorb the rising number of university, technical and vocational graduates across various science, engineering, technology, business and finance disciplines.

“Other economies in the region and in the industrialised world are luring industry-ready talent with good paying jobs and career advancement prospects in addition to the allure of better living standards as these countries are typically more developed,” he adds.

“This reform would lead to better career prospects in the domestic job market. At present, graduates whose area of expertise is different from what’s required by traditional jobs are either constrained by limited career prospects or unavailable posts that force them to seek employment elsewhere where their talents could be put in better use”, she says.

“Thus, there is a need to pump and attract investment into new areas to accelerate Industry 4.0, Society 5.0, AI and other creative industries to attract talents back or to retain talents at home.

“It was reported that Malaysia’s R&D contribution to GDP is low, approximately 1%, in comparison with other countries – South Korea’s is 5% if I am not mistaken. Hence, there are a lot of opportunity to accelerate this sector.”

Crucially, we need to prepare our education system to produce relevant graduates for high-end, creative, and innovative industries, she says.

“The talent gaps that we are experiencing needs to be replaced with skilled talents that are produced locally. But local talents should be provided with similar incentives (as returning ones).

To do so, the education sector, especially higher education institutions, must be ready to produce more industry-relevant graduates, have adequate facilities for research and development and continue to be relevant in facing the changing nature of the economy. Dr Yeah: To stem the talent outflow, the various sectoral blueprints and master plans that are centred on inclusivity, sustainability and prosperity for all need to be implemented with greater urgency and commitment.

Besides the lack of opportunities, the perceived increase in economic, political and policy uncertainties the country is facing might also lead to talent outflow, says Dr Yeah.

“To stem the talent outflow due to the actual or perceived dimming of the country’s growth prospects and attractiveness, the 12th Malaysia Plan and the various sectoral blueprints and master plans that are centred on inclusivity, sustainability and prosperity for all need to be implemented with greater urgency and commitment by the government in collaboration with the private sector,” Yeah notes.

ALSO READ: For family and country

He adds that also compounding problems is Malaysia’s shortage of skilled labour and talent, which hinders the transformation into a high value-added economy while stifling innovation.

Loh argues that Malaysians are still trapped in a macro-cultural framework where “know who” instead of “know how” is the dominant practice.

“Having the right cables and connections to political and corporate elites can still be the decisive factor that seals the deal – whether it be a promotion or a contract,” he says.

Such practices, he says, tend to marginalise talented Malaysians who do not have connections, depriving them of opportunities and prompting some to emigrate.

“All Malaysians must feel that they have a place under the sun – across the entire spectrum – from their share of income as a percentage of GDP to career opportunities, whether in the private or public sector,” he says.

He adds that, crucially, “Tackling and overcoming corruption as a way of life is an absolute necessity in promoting a high wage economy or ensuring that we escape the middle-income trap.” Loh: To address and overcome the problem, we have to first create the necessary pre-conditions – that is, the political and social systems and cultures that are conducive.

Loh believes reversing the brain drain will require political will.

“To address and overcome the problem, we have to first create the necessary pre-conditions – that is, the political and social systems and cultures that are conducive,” he says, adding that another prerequisite is a social and political environment that does not politicise race and religion.

As he puts it, highly-skilled Malaysian workers and professionals have been emigrating overseas most likely due to a desire to live more freely from social and political pressure, and expected “norms”.

“Increasingly, Malay professionals are comprising the exodus of those heading for greener pastures,” he notes.

Assoc Prof Saidatulakmal also believes that aside from strengthening the fundamentals of the labour market, it is also important to stabilise the sociopolitical and socioeconomical imbalances in the economy.

“The sentiments and perception that corruption, misuse of power, nepotism and elitism have widened rural-urban economic imbalances and aggravated social divides have reduced interest in returning home and contributing back to the country.

“These talents feel that the economy and society is more driven by power and greed than social and economic development.

“Although the economy has experienced liberalisation since the 1990s, bureaucracy and a lack of transparency limit business opportunities,” she notes. 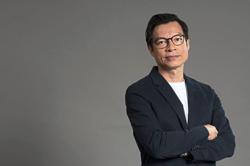