ASEAN’S future looks promising but increasingly complex as the United States and China vie for the attention of countries in the region and the war in Ukraine puts pressure on economic recovery and disrupts supply chains.

Still there is optimism about the region’s prospects for growth although differences remain between neighbours on the way forward for the alliance.

This was the view of panellists joining a discussion on the Strategic Outlook for Asean, during the World Economic Forum meeting in Davos, Switzerland, on May 24.

The session was jointly organised by The Straits Times and World Economic Forum.

Setting the stage for discussions, Warren Fernandez, editor-in-chief of SPH Media Trust’s English, Malay and Tamil Media Group and editor of The Straits Times and moderator for the session, drew attention to mentions of the region as one full of promise but not without perils.

The key would be to get on the right side of “the balance between being a thriving region and the theatre of tensions”, he said, referring to a characterisation of the Indo-Pacific by European Commission president Ursula von der Leyen earlier this month.

Panellist Lynn Kuok, senior fellow for Asia-Pacific at the International Institute for Strategic Studies, Singapore, said the “flurry of outreach by the US and China to engage Asean more actively sets the context of what’s going on and the challenges that the region finds itself in”.

“It’s nice to be wooed but not so nice to feel like you need to choose,” Dr Kuok remarked, noting that South-east Asian countries sometimes feel they are caught between a rock and a hard place.

“They feel their strategic options are being narrowed,” she told the audience of government officials, international observers as well as business leaders.

While the US is a security provider, China provides current economic opportunities as well as future ones, she said.

Datuk Tengku Muhammad Taufik, president and group chief executive of Petronas in Malaysia, shared the concerns, pointing to growing polarisation in the region even though there shouldn’t be “reason to choose sides”.

There is a hive of activity in the resource-rich region, which has a talented human capital pool but the smooth flow of commerce and trade continues to be a worry amid security concerns, he said.

The region’s potential and economic recovery have found mentions in discussion at the Forum, along with security threats driven by unresolved differences between the United States and China.

A WEF outline for this session noted the region’s role in multilateral cooperation in terms of mega-regional trade agreements coming into force and the hosting of the G-20 and Apec summits by Asian countries.

Indonesia holds the G-20 presidency for the current year, while Thailand will host the Apec Summit in November.

There were “green lights, yellow and red lights” when it comes to evaluating future prospects of the region, said Shinta Widjaja Kamdani, coordinating vice-chair of the Indonesian Chamber of Commerce and Industry.

Asean’s progress and achievements counts for green lights, but the geopolitical events and shocks amount to a yellow light, and the red ones will need to be tackled, she said.

The issue of finance for development needs to be addressed, she said. And while the region was on the right path in terms of intra-regional trade, she said it was important to note that countries have divergent interests and priorities. With competition comes challenges, she remarked.

“We often ask ourselves why Vietnam has been able to get more investment than Indonesia,” she said.

Delivering his closing remarks, Cambodian Prime Minister Hun Sen highlighted the need to stay neutral amid geopolitical rivalry between the US and China.

Drawing attention to initiatives by several other countries such as Japan and Australia to draw Asean closer, and to the rule of law amid security concerns, he expressed hope that the region could work together.

Hun Sen said he had offered a five-star hotel in Phnom Penh to bring the stakeholders together to discuss the Code of Conduct on South China Sea between Asean and China, but “nobody showed any willingness to come to Phnom Penh for negotiation”.

China and Asean agreed on a Declaration on the Conduct of Parties in the South China Sea in 2002, and are to agree on a Code of Conduct but progress has been slow, despite increasing tensions.

The Cambodian PM also brought up other flashpoints he has been dealing with during his tenure as Asean chair.

“I received a hot stone, not a hot potato. If it was a hot potato I could eat it,” he said, leaving his panellists amused.

The “hot stones” he has had to deal with include dealing with Myanmar, border closures because of the pandemic, and Russia’s invasion of Ukraine, with its repercussions on food and energy security.

He said he hoped that the gains made by Asean during his tenure would be continued by Indonesia, which takes up the rotating Asean chair next. – The Straits Times/Asia News Network 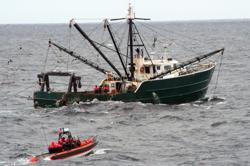