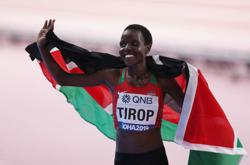 Shamila has not been able to return to Malaysia over the last 18 months with her family, due to government travel rules restricting entry to Malaysians alone.

HIDING a pregnancy to fly home, facing repeated rejections without reasons and tedious visa renewals to keep their children in Malaysia.

These are some of the frustrations Malaysian women had to bear with due to the present law that does not allow them to confer Malaysian citizenship to their children born overseas.

This, however, does not apply to Malaysian men, who can extend citizenship to their children born to foreign spouses abroad.

The government is now working towards solving this inequality, with proposals to amend the Federal Constitution in future.

Until then, Malaysian women at the short end of this law are hoping that their children will be able to become citizens of this country soon.

A mother of two, who wishes to be known only as Esther, in her 30s, recalls hiding her pregnancy in 2019 as she took a flight from Germany to Malaysia to give birth here – just so her baby can be a Malaysian.

She did not have clearance from her doctor to fly long distance in her third trimester, which is required by the airline and “sheepishly hid” her pregnancy under loose garments.

On her way home in the car, she felt unwell and was rushed to the hospital, where she was diagnosed with an abnormal increase in her unborn child’s heart rate due to dehydration and anxiety.

“In the emergency room, worried about my baby, I asked myself, what if my child decided to arrive early during my flight?

“Why do I need to go through all this suffering? Is it because I am a woman?

“No, it’s because I am a Malaysian woman,” expresses the former engineer from Johor, whose husband is a German.

The couple now has two daughters – with the first daughter being a non-Malaysian and the youngest being a citizen after being born in Malaysia.

Initially, Esther had wanted to register her first child’s birth at the Malaysian embassy in Germany, but was informed that she did not have the rights to confer citizenship to a child who was born overseas.

“When I was pregnant with my second daughter, I was determined not to repeat this ‘mistake’ and decided to return home to give birth,” she says, adding that she flew to Malaysia with her eldest daughter.

She shares that she has heard of another woman who was eight months pregnant that drove across Singapore to Johor Baru to avoid challenges from the existing law.

“Together with the Johor Ruler, I sincerely urge the government not to appeal against the High Court ruling on Sept 9, which gave Malaysian women the same right as Malaysian men to confer automatic citizenship on their overseas-born children.

“We stayed overseas temporarily only due to my job. Malaysia is my home, our home. That’s why it’s important that my eldest child is recognised as an equal citizen,” she says.

Lawyer Shamila Unnikrishnan, 46, who serves with the United Nations and is currently based in Nairobi, Kenya, has repeatedly tried to apply for citizenship for her two children.

She and her Kenyan husband have a daughter aged nine, and two-year-old son. Both were born in Nairobi.

“I have twice applied for citizenship for my daughter but both applications were rejected.

“No reasons were given, making it impossible for me to know what was lacking,” she says, adding that her application for her son is still pending.

Despite having lived away for so long, Shamila says they have strong links with Malaysia as a family.

“We visit often. Iyla, our daughter, identifies with Malaysia as if she was a local.

“She eats our food and even sings in Malay,” she adds.

Shamila wants both her children to be Malaysians because she believes she’s entitled to it, as a right.

“I have not been able to return to Malaysia over the last 18 months with my family, because of government travel rules restricting entry to Malaysians alone,” she points out.

In effect, she says the High Court’s ruling means that a child born to any Malaysian is a Malaysian.

“The High Court has given voice to the grievances of countless Malaysian women by making plain the apparent discrimination that we have faced.

“A Malaysian man passes on his citizenship to his child regardless of who he is married to and where that child is born.

“It should be no different for Malaysian women,” she says.

An accountant who wishes to be known only as Rose, who gave birth to twins in Australia, has also tried but failed to get Malaysian citizenship for her children.

“I submitted my children’s application in 2014 at the National Registration Department.

“In 2018, I received a letter that my application was rejected without any reason given,” says Rose, whose twins are a nine-year-old boy and girl with Australian citizenship.

She did not give up, and tried getting information from different departments to find out the reason for rejection.

“I was given many versions by different officers. Some even told me that it’s because I am being penalised for marrying a foreigner.

“I am still waiting for the outcome,” she says.

Rose hopes her children will be Malaysians so that she can have the security of knowing that they are able to live in Malaysia with her.

“Right now, my children are on a student visa, which has to be renewed every year.

“The process of visa renewal costs not only money but hours at the Immigration Department with the children,” Rose shares.

When they were below the school going age of six, her children stayed in Malaysia using social visit passes that lasted three months before it had to be renewed.

“To renew this pass, we had to make a trip of entry and exit to Singapore.

“This was a very tiring, financially draining and stressful time for my children and I,” she says.

Rose believes Malaysia is a beautiful multicultural country that will provide an Asian and Islamic environment for her children.

“I grew up in this environment and I would like to be able to give the same to my children too,” she says. 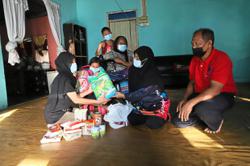