The Afghan experience: United States of Al tells the story of an Afghan interpreter who comes to America to live with Riley, his best friend and a Marine veteran. — File photo/CBS

ON Sept 10, 2001, I was teaching an introduction to Islam class at the University of Iowa, where I was, at the age of 28, the first full-time professor of Islamic studies in the history of the state. That day, I had about 15 students in my class. Two days later, an additional 272 students showed up.

I’ve spent my entire career trying to help non-Muslims in the West understand Islam as a religion, a culture and an ideology. For years I was the friendly face of Islam on cable TV, the guy making jokes on Jon Stewart and getting into arguments on Fox News, trying to reframe Americans’ perceptions about my faith and culture. My first book, No God But God: The Origins, Evolution, and Future of Islam, became an international bestseller. I really thought I was making a difference.

But, at some point, I realised I wasn’t.

Five years after 9/11, in 2006, negative perceptions of Islam were far higher than they were in the immediate aftermath of the attacks. Ten years later, in 2016, the US set a record for anti-Muslim hate crimes.

Now, 20 years after 9/11, it is difficult not to conclude that all the college courses and cable news discussions, the bestselling books and viral videos – none of it made much of a difference in how Americans viewed Islam.

Some time ago I realised that I needed to think differently about how to reach people. What I came to understand is that bigotry is not the result of ignorance; bigotry is the result of fear. And fear is impervious to data. It cannot be combated with statistics and information. No amount of lectures or essays or bloviation on cable news will make someone stop fearing another person. 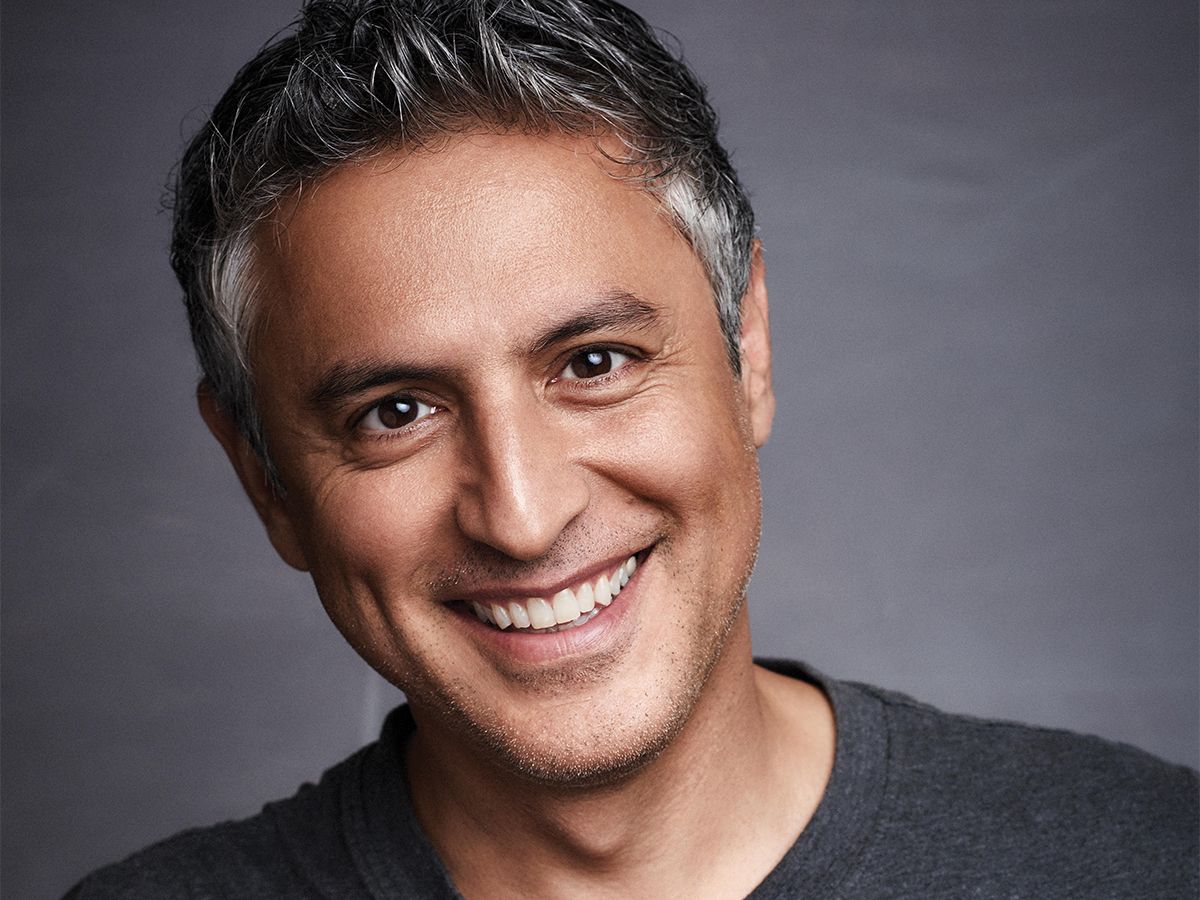 Reza: 'I’ve spent my entire career trying to help non-Muslims in the West understand Islam as a religion, a culture and an ideology.'

The only way to truly reframe people’s perception of someone they fear is to allow them to get to know that person. And one of the most effective ways to do that is to see that person on television, living an ordinary life.

This is something I learned from personal experience.

I came to the United States four decades ago as a refugee fleeing the Iranian revolution. My family arrived in Oklahoma with nothing but a suitcase each, at a time of profound anti-Iranian sentiment in this country.

We spent our first year here living in a motel room with a two-person occupancy limit. My sister and I were forced to hide in the room with the curtains drawn all day to avoid getting kicked out by the manager. We couldn’t speak English and we couldn’t go to school and we couldn’t play outside.

But we had a television. The Jeffersons and Good Times and All in the Family – these sitcoms taught us what America was and what America believed. They showed us how families talked to each other and what neighbours brought to potlucks, all while serving as our de facto baby sitter and English teacher.

TV didn’t try to convince me of anything; it just introduced me to Americans, showed me their conflicts and their connections to one another. It made me laugh. It made me cry. More than anything, it made me understand.

If TV could teach me about Americans, maybe it could teach Americans about me. A few years ago, I stopped putting all my energy into books and lectures, stopped appearing on cable TV altogether, and instead began making TV shows. I realised that I could have a greater impact introducing Americans to a single Muslim on TV than I could writing more books about Islam. Reza's first book, 'No God But God: The Origins, Evolution, and Future of Islam', became an international bestseller.

It’s been a long journey for me from watching Archie Bunker with my sister to now producing a sitcom with a Muslim protagonist. United States of Al tells the story of an Afghan interpreter who comes to America to live with Riley, his best friend and a Marine veteran. It’s the first network TV show to showcase the writing and acting of Afghans and Afghan Americans, and the only one telling their story.

I know it’s a risky business to do jokes that involve war and refugees, especially in this moment of incredible tragedy. But what I learned from all those days trapped inside a motel room is that finding humour in people requires acknowledging that they’re a part of the conversation – and first, that means seeing them. Right now, at a time when the Taliban is once again controlling Kabul and some Americans are talking about “an invasion” of Afghan refugees, America desperately needs to see Afghans.

There are thousands of Afghan refugees whose stories will play out in towns across America. Like my family, many of them will have nothing more than a single suitcase of clothes and keepsakes to their name. They’re more than just chess pieces in our country’s dysfunctional politics. They need places to live and communities to support them. They need to be viewed as people with hopes and dreams and triumphs and tragedies.

Perhaps it’s naive to think that a sitcom can provide that, especially in the face of the last few heartbreaking, hope-destroying weeks. But I know, from study and experience, that TV is the most powerful relationship-building tool ever devised.

Since 9/11, terrorism has been the ordinary depiction of Muslims on American TV. That narrative is shifting through the work of a long list of American-Muslim storytellers. My hope is that perhaps an Afghan refugee watching TV in some motel room, trying to figure out what America is all about, will stumble upon this show and realise that he or she is not alone. That we see them. That we wish to know them.

It may not be much. But it’s the kind of visibility I never had growing up. — Los Angeles Times/Tribune News Service

Reza Aslan is professor of creative writing at UC Riverside and the author of numerous books about religion, including 'God: A Human History.' He is an executive producer of 'United States of Al.'