The 'Tower of Light' pays tribute to those killed in the 911 attacks, as seen from the Washington Monument. — AFP

TWENTY years ago, on that fateful September day, the world changed forever. Even as the smoke and ash from the cataclysm was still in the air, a superpower set off on the warpath. The Sept 11, 2001, attack, the hawkish neoconservatives who were in charge of the White House decided, had to be avenged.

For the next 20 years and through Democratic and Republican presidencies, America would remain on the warpath, bombing and droning, as it hunted down and struck terrorist targets.

The so-called “War on Terror”, which began 20 years ago, is now over. At the end of August, the last American troops left Afghanistan; the previous month, the enormous Bagram airbase had been abandoned overnight by the American troops who left behind both civilian and military equipment. What Donald Trump had hinted at, even promised, was accomplished by the Biden administration.

Five years ago, such an exit, such a cutting off and drawing down, could not have been imagined. The war was supposed to be a forever war; the Authorisation for Use of Military Force Act had permitted just that.

There is considerable legitimacy to the argument that the war ended because of Covid-19. In March 2020, the WHO declared that the outbreak was a global pandemic, and the world changed forever.

In the United States, stay-at-home orders were issued for much of the country, and with businesses affected, millions lost their jobs. To prevent the health cataclysm from morphing into an economic disaster, the American government doled out money in the form of cheques for thousands of dollars to American taxpayers to mitigate the financial setback.

Since that first package of stimulus money was approved by the US Congress a year ago, there have been others, the latest a multi-trillion-dollar infrastructure bill to help the economy.

Then there have been the Covid-19 dead. The hundreds of thousands who perished in America and who continue to die today have transformed the idea of ‘immediate’ tragedy. Prior to 9/11, Americans had never confronted death and catastrophe at home on such a mass scale since the Civil War in the late 19th century.

The past is always looked at through the prism of the present. So too it is with the coronavirus pandemic. Americans who have managed to stay alive will look back at Sept 11 through the lens of a plague-afflicted present. The deaths of the 9/11 victims were undeniably awful, worthy of sober remembrance, and yet the numbers were also paltry when compared to the hundreds of thousands that Covid-19 summarily killed.

An America suddenly crippled by Covid-19 had even less to devote to an amorphous war on terror, whose objectives seemed, at least in relation to the present, opaque and confused. We can say that this was the mindset that determined the manner in which the United States quit Afghanistan.

In a world where climate change, pandemics and cyberwarfare are the most pressing threats, why fight a two-decade-long war whose outcome no longer promised the strategic gains that the United States had pursued when it started?

The extension of American influence all over the globe, the leaders of the United States have figured out, no longer requires military outposts. Big Tech, solidly dominated by American companies like Facebook and Twitter, was already doing just that, beguiling one and all in the process of capitalist self-branding.

Pakistan has been remarkably astute in seeing this change coming. Long before the US decided to exit from the region and busy itself with other goals, it turned its attention to China.

Unlike the US, China, the world’s manufacturing epicentre, does have strategic goals that centre on geographic domination. The Belt and Road Initiative, the Chinese premier’s project to connect China to Europe and Africa, was embraced by a Pakistan that welcomed the China Pakistan Economic Corridor.

The Pakistani foreign policy establishment correctly believed that this would yield far more benefits to Pakistan than continuing to pander to an increasingly disinterested and unpredictable US. Not only is this decision yielding geostrategic benefits, it has also helped Pakistan handle its own Covid-19 crisis with imported Chinese vaccines, amongst others.

The post-9/11 world and hence post-9/11 conflict are all likely to be remote. Drones can bomb from afar, the workings of power plants and electricity grids can all be hacked; mayhem no longer requires a physical presence. Pakistan needs to capitalise on this reality as well; efforts must be made to train security personnel in cyberwarfare and fighting biological weapons.

Pakistan’s democratic institutions also need to focus on the cataclysms born of climate change. The heavy rains, the unbearable heat are indications of what all is to come in the months and years ahead.

It is sad that in a world where the threat of terrorism does not overshadow everything is still a bleak world. The terror of contracting Covid-19 and border closures put in place are also miserable.

The world is changing at a pace that is far more rapid and transformative than anything since the invention of the printing press.

Despite its meagre resources, Pakistan and Pakistani society seem to have weathered America’s war on terror, and the inherent and dogged tendency to prop up Pakistan as the country everyone loves to hate. With hostilities all wrapped up, one can hope that the constant vilification of Pakistan will also fade away.

Extremist cells still exist within Pakistan, and recent incidents and threats including the instability in Afghanistan have led to heightened concerns about their intentions. However, at the moment, the odds of dying from Covid-19 are much greater than of dying in a terror attack.

The pandemic may have brought unending misery to millions, but it has also helped deliver what appeared to be impossible even two or three years ago – the end of the war on terror in Afghanistan. — Dawn/ANN 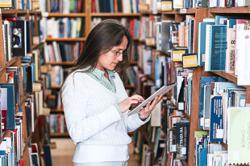