But more needs to be done to ensure sustainability and economic recovery, say experts.

MALAYSIA’s Covid-19 stimulus packages contribute more than 20% of the country’s gross domestic product (GDP). This is comparable with aid deployed by developed countries and higher than that of most regional developing countries, according to a recent comparative analysis of government assistance.

Conducted by the Finance Ministry’s Unit for the Implementation and Coordination of National Agencies on the Economic Stimulus Package, the study compared Malaysia with Asia-Pacific countries – including Australia, China, Singapore and South Korea – as well as the United Kingdom and United States.

Since the Covid-19 pandemic was declared in March last year, the government has launched eight stimulus packages worth RM530bil to address the crisis. The latest package, Pemulih, is worth RM150bil and was unveiled on June 28, 2021, to further mitigate the economic impact caused by the pandemic.

“Malaysia is one of the countries around the globe that provide high stimulus packages or emergency social protection schemes covering more than 84% of its population,” says Assoc Prof Dr Saidatulakmal Mohd, referring to a social protection study by British consultants Development Pathways.

“These schemes are important not only to tackle issues of poverty and inequality among poor and vulnerable groups but also to ensure inclusive protection of citizens from economic shocks that are experienced by everyone from B40 to T20 income groups,” adds the Universiti Sains Malaysia economist.

As Assoc Prof Saidatulakmal points out, with the closure of many economic sectors, an alternative to spur economic growth is through consumption, and the stimulus packages assist in sustaining consumption.

“The stimulus package is also important in reducing negative social impacts such as crime. Without the packages, the wellbeing of the rakyat would be further reduced, crime would increase and it could even lead to social unrest,” she says.

Concurring that Malaysia’s financial support schemes are consistent with those of other countries’, Prof Mahendhiran S. Nair of Sunway University says the Malaysian government has had no choice but to intervene to stabilise the economy.

“Without this support, the economy will be in a more difficult position, with much more severe contraction. This would have had a major destabilising impact on the socioeconomic and political stability of the country. The government had to balance between supporting businesses and keeping the deficit target at 6%,” he says.

However, Prof Dr Yeah Kim Leng, also of Sunway University, takes a slightly differing view: “While Malaysia’s total Covid-19 stimulus packages amount to a sizeable 20% of GDP and are close to those of a number of advanced countries, the government support provided to the respective economies may not be comparable,” says the economist.

Government measures differ in their impact on economic activities, target recipients and funding sources, he explains.

“Adding up the different measures, such as tax reliefs and spending, loans and guarantees, and non-fiscal instruments such as withdrawal of retirement savings, and comparing across countries does not accurately reflect the actual impact or adequacy of government support. Moreover, the countries also differ in the breadth and scope of automatic insurance mechanisms and existing social safety nets,” he says.

Prof Yeah points out that the nature and magnitude of government policy responses vary according to the severity of the pandemic’s impact and fiscal constraints, such as existing deficit and debt levels.

“It is not surprising that the richer countries were able to ramp up double digit deficit spending and incur debt-to-GDP ratios above the 100% level without losing investor confidence in the financial markets.

“But upper middle-income countries such as Malaysia would face a backlash from sovereign credit rating agencies and financial markets if the additional spending and debt levels are seen as unsustainable.

“Fortunately, in the case of Malaysia, only 4.5% points out of the total stimulus packages amounting to 20% of GDP is incurred by the government, thereby enabling the budget deficit to be capped at 6% and debt-to-GDP to be below 60% of GDP in 2020,” he says.

Prof Yeah feels a more comparable counter-cyclical spending across countries in response to the pandemic has been compiled by the International Monetary Fund in its Fiscal Monitor report (see table), which shows that Malaysia’s government spending is ranked in the middle among selected emerging economies and much lower compared with that of advanced economies, including Singapore.

Ndiame Diop, World Bank country director for Brunei, Malaysia, Philippines and Thailand, acknowledges the comprehensiveness of Malaysia’s stimulus measures. However, he says more needs to be done to improve the efficacy of their implementation.

“Under the government’s assessment of the programmes implemented so far to support the rakyat, businesses and the broad-based economy, the areas of importance are well covered by policies. How-ever, programme take up is another element to consider as not all allocations have been used,” he says.

“An element related to this would be the efficacy of implementation and disbursements of programme funds, which in some cases have been slow. For example, as at April 2021, the government announced only 4% of the RM1.7bil allocated for the digital sector through four economic stimulus packages have been utilised.”

In the long term

A concern Assoc Prof Saidatulakmal has is the sustainability of Malaysia’s stimulus packages.

“My main concern is that these stimulus packages are tax-financed and that might not be sustainable in the long run should the government’s fiscal standing weaken through a reduction in government revenue or increase in government debt,” she says.

Assoc Prof Saidatulakmal believes sacrifices need to be made in the future to strengthen the country’s fiscal standing – by both the government and the rakyat.

“Among them is the reallocation of government spending – relook spending allocated for development projects. Mega projects or any ‘white elephant’ investment projects that are less significant and important could be postponed or rescheduled.

“Another possibility is increasing taxes – obviously not an option that is preferred by the rakyat – through perhaps a one-off wealth tax (or poll tax) or an increase in tax rates for the higher income brackets,” she says.

Reminding that Malaysia’s fiscal deficit is 6% of GDP while its direct debt-to-GDP was capped slightly below 60% of GDP in 2020, Prof Yeah says Malaysia still has wriggle room to increase debt.

“There is no defined or agreed upon level at which a country will plunge into a crisis but the prudent range is between 60% and 80% of GDP for developing economies while developed economies can exceed 100%.

“Malaysia therefore still has the so called ‘fiscal space’ to increase borrowings to finance the counter- cyclical deficit spending. As long as the debt is used for productive purposes such as for a speedier recovery from the pandemic-induced economic downturn, and other capacity-enhancing investments that sustain growth, the increased debt load is considered sustainable,” he says. 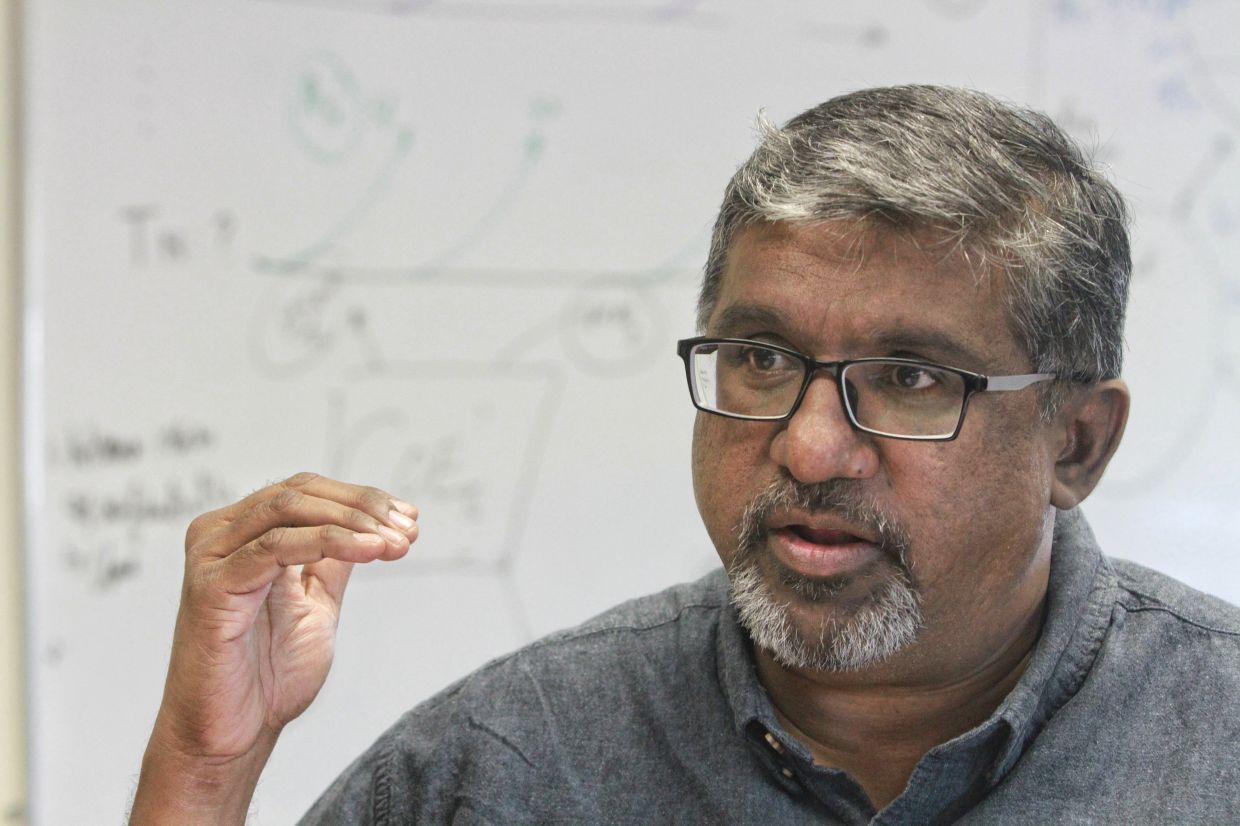 Prof Mahendhiran: If the health crisis prolongs, capping the deficit target at 6% is going to be a challenge.

Sustainability will depend very much on our vaccine rollout plan and attaining herd immunity in the coming months, says Prof Mahendhiran.

“If the health crisis prolongs, capping the deficit target at 6% is going to be a challenge,” he cautions.

Prof Mahendhiran believes the first thing that we need to do to ensure sustainability and economic recovery is to intensify the vaccine rollout to achieve herd immunity.

“Next we should give priority to workers getting the vaccines – get the big employers to assist with this. The more of them that are vaccinated, the quicker they can get back to work and revive our economy,” he says.

Prof Mahendhiran adds that we also need a more effective job- matching programme that will connect those who are unemployed with employers searching for workers, describing it as “somewhat like a workforce clearing house”.

World Bank’s Diop agrees that it is imperative for the vaccination programme to have sufficient reach so economic activities can be carried out safely and so that prolonged economic lockdowns can be avoided.

“Adverse effects of economic closures have already been widely felt, being most damaging for businesses that do not have sufficient financial buffers to carry them through, forcing some to shut down operations altogether,” he says.

Prof Yeah believes the government can boost recovery through a short term resuscitation thrust that is synchronised with a medium to long-term restructuring and economic acceleration plan centred on digital transformation, “green growth” and the United Nations’ Sustainable Development Goals.

“The other major recovery thrust could focus on efforts to attract and retain high value foreign direct investment, especially in technology and skills-intensive manufacturing and service industries,” he says. 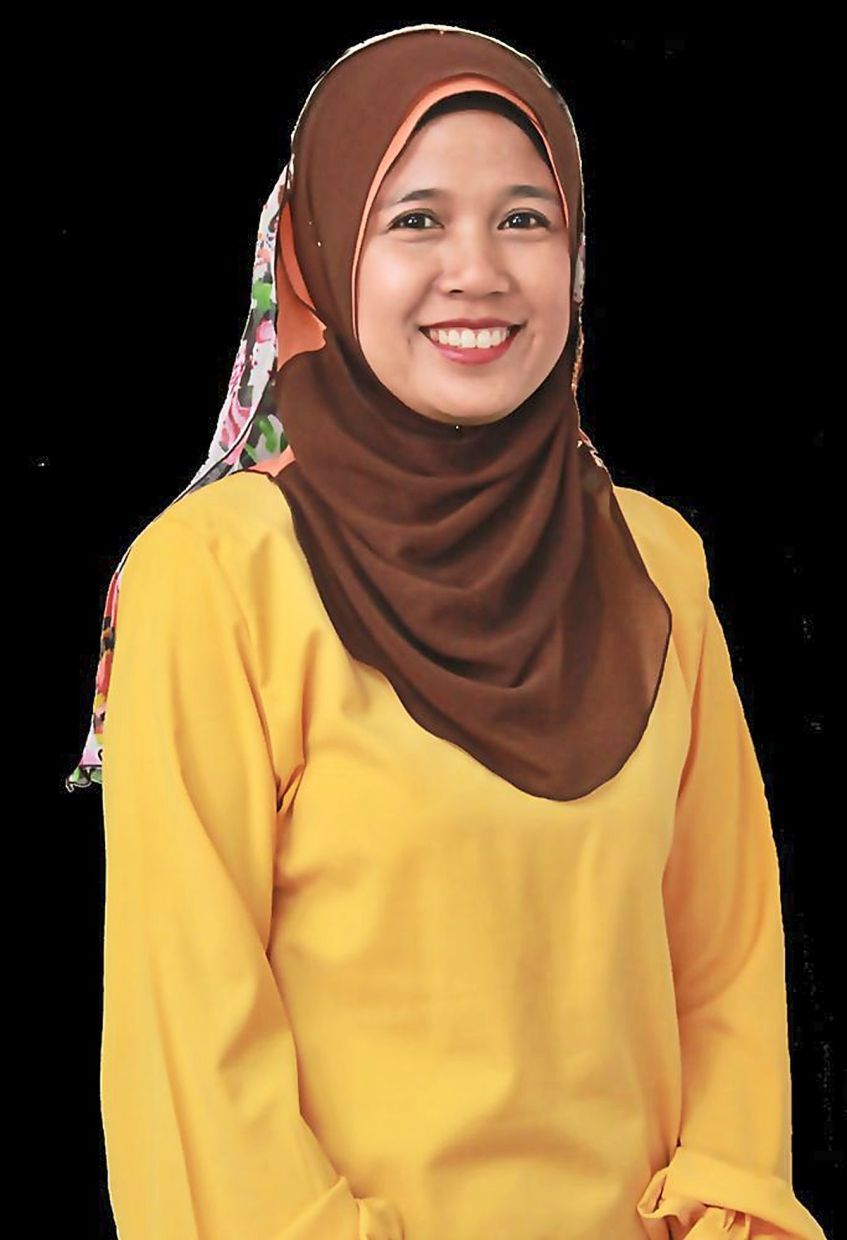 Assoc Prof Saidatulakmal: It is timely to consider the introduction of a ‘social protection floor’ for income security throughout a person’s lifecycle.

As we boost economic recovery, though, Assoc Prof Saidatulakmal points out that it is equally important to strengthen Malaysia’s social protection to make it inclusive and shock-resistant.

There are a few alternatives that the government can consider, she says: “Among them are universal social protection or universal basic income, and lifecycle social security schemes. We have the last as we have social transfers for children, the disabled and the aged. But then we face the challenges of coverage and adequacy.”

“It is timely to consider the introduction of a ‘social protection floor’ for income security throughout a person’s lifecycle.

“One alternative is to substitute subsidies with a universal protection plan and have health provisions and income security.

“Another option is to expand the coverage and definition of unemployment benefits to include a wider scope of population, especially those who are self-employed and in the informal sectors.

“It is not an easy option,” she acknowledges.