Johan: From the percentage value, Malaysia’s stimulus packages exceed many countries in terms of the scope and size.

MALAYSIA’s Covid-19 stimulus packages contribute more than 20% of the country’s gross domestic product (GDP), which is comparable to other developed countries and higher than regional developing countries, a comparative analysis of government assistance reveals.

This shows that the measures the Malaysian government has implemented are in line with what have been implemented by other countries, says National Budget Office director Datuk Johan Mahmood Merican in an online interview on Thursday.

Since the Covid-19 pandemic was declared last year, the government has launched eight aid packages worth RM530bil to address the health crisis. The latest stimulus package, Pemulih, is worth RM150bil and was unveiled on June 28, 2021, to further mitigate the economic impact of the pandemic. According to the report, in the UK, stimulus packages contributed some 24.6% of GDP in 2020, New Zealand 22.4%, and the US 17.7%. As for the Asian region, Malaysia is consistent with Singapore, which contributed 19.3% of GDP, compared to countries like China, Thailand, Vietnam and Taiwan, which contributed below 10%.

In fact, Johan points out, if we take into account the previous aid packages, the value is more than 30% of GDP.

“Thus it shows from the percentage value, Malaysia’s stimulus packages exceed many countries in terms of the scope and size of the aid packages that have been implemented,” he says.

The Laksana analysis divides the country’s economic stimulus packages into three thrusts: rakyat or the people, business and economy.

Laksana points out that Malaysia has put in various initiatives for rakyat that are not available in other countries, including insurance moratorium, real property gains tax exemption and My30 and My5 unlimited passes.

“What is clear is that the assistance package implemented by Malaysia is complete in terms of meeting the needs of the target groups, as done in other countries. “From the context of no one left behind, the government has also been comprehensive and responsive in helping the same groups of people as in other countries,” Johan adds.

Looking at the ‘rakyat’ initiatives of the other countries, Laksana proposes that Malaysia consider adopting rent relief grants to prevent evictions, Covid-19 leave and self-isolation support for workers, and payout for family or dependents of deceased due to Covid-19. Rent relief grants are implemented in the form of moratorium on house mortgages, eviction moratorium and Covid-19 Mortgage Relief in New Zealand and the US.

As Johan explains, “In Malaysia, the government has already provided some protection under the Temporary Measures for Reducing the Impact of Coronavirus Disease 2019 (Covid-19) Act 2020 for those who are unable to meet rental obligations. But now as we are also preparing for Budget 2022, we are looking at how to enhance this to support the recovery of the most affected sectors such as tourism and retail.

Under the business stimulus package, Laksana has found that while the Malaysian government’s efforts in supporting businesses cover several different key areas, the initiatives offered are almost similar to those in other countries, such as loan moratorium, targeted repayment assistance and SME grants. Other initiatives that the Malaysian government could consider in the future, says the report, are the UK’s Covid-19 Restart Grant, amendments to insolvency laws and reducing corporate tax for big and small businesses.

Indeed, there have been many calls for a windfall tax to be implemented to strengthen the government’s coffers in the fight against Covid-19, but Johan says this may not be the right time to introduce any new taxes to increase government revenue.

“But for Budget 2022, the government is reviewing how it can ensure its revenue is in line with its commitment to the people and businesses,” he assures.

As for the people’s worry that the stimulus packages will not be sustainable if the health crisis prolongs, Johan stresses that the main objective is to open up our economy as soon as possible.

“No amount of stimulus packages can completely compensate for the loss of income suffered by individuals or businesses. It is a temporary measure and is no substitute for economic recovery. The only sustainable means is to stabilise the health situation in the country to enable our economy to be opened up,” he notes.

“That is the anchor of the National Recovery Plan (NRP). It is based on the gradual, phased reopening of the economy and is designed with a whole of the nation approach. And that’s why the government took the position, which is quite unique in the world where we actually stipulated a numerical or quantitative thresholds, which would then enable the gradual reopening of our economy from one phase to another phase. That is key for us to move ahead.

“The key message from government is that there’s light at the end of the tunnel, particularly as we are progressing strongly in our vaccination programme. From the experience of other countries, once we achieve high level of vaccinations, it will certainly support lower risk of infection, and that, with the continued compliance to SOPs will facilitate a more open economy.”

Hence, under the economy stimulus package the Malaysian government’s assistance covers key sectors such as tourism, food and healthcare and other sectors such as Sukuk Prihatin, which is currently not implemented elsewhere.

Interestingly, one initiative Laksana recommends for Malaysia in the future is a Green New Deal.

Says Johan, “One of the key elements that leading countries including Malaysia has to look at to recover from this current crisis is to reform or transform the economy to be relevant and competitive in this ‘new normal’ or ‘new global order’.

“It’s not good enough just to recover. We also need to look at what are areas of reform, to transform our country going forward. That is why, for example, there has been a strong emphasis on digitalisation,” he says, noting that likewise, climate change and green economy is another area of transformation, as aligned with the global green goals to reduce greenhouse gas emissions and develop renewable energy.

It is also an area with a lot of potential, adds Johan: “We already have a successful example – we are among the leading manufacturers of solar panels in the world.

“We will continue to look at reducing emissions overall and economic activities that support these demands going forward. And, certainly, the Finance Ministry wants to support this transition while driving for our economic recovery.”

As for now, Johan says the target is to transition to the fourth phase of the NRP by the end of the year, and with half of the Pemulih stimulus package already disbursed, he believes we are on track for reopening.

“We would like to believe that the approach the Malaysian government has taken so far shows that it is not only proactive in responding to any situation that arises, but also innovative in terms of its approach in helping the target groups.

“And crucially, the government remains committed to ensuring that those who need assistance will receive assistance,” he reiterates.

Ultimately, there is no substitute for the government’s move to implement a national recovery plan involving economic opening up in phases, he stresses.

“This will be supported through national vaccination programme measures, as well as control measures, so that social and economic activities can be opened as soon as possible. Only then can the country recover, the people can return to daily life and they no longer have to rely on the government to provide aid packages.” 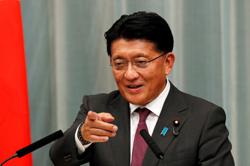