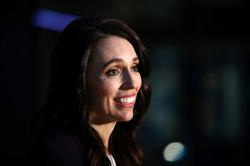 AS of January 2021, Malaysia ranked 145th in 192 countries surveyed by Inter-Parliamentary Union (IPU), in percentage of women parliamentarians. Only 14.9% of parliamentarians, or one in seven, is a woman.

Why are we so backward in gender equality, the fifth Sustainable Development Goal? Are most parties ideologically misogynistic? Do we lack women leaders?

Allow me to suggest a simpler but counter-intuitive answer: Male incumbents are retiring too slowly.

You cannot put more women into Parliament without first retiring some male incumbents. No rocket science. And this can happen in two ways.

First, female challengers knock off male incumbents as one party ousts another. A case in point was Penang Gerakan’s Tan Cheng Liang. She knocked out DAP’s male incumbent in the Jawi state constituency in 1995 and held on to the seat until her defeat at the hands of another male challenger in 2008.

Second, when seats don’t change hands, women can only enter the House by taking over male incumbents’ seats.

For example, Penang DAP has won all 19 state constituencies for three terms since 2008. Its women Aduns (state assemblymen) increased by three in 2013 when three male incumbents were dropped. The party cannot add more women candidates in the next polls without retiring some male assemblymen.

When male incumbents are popular and want to stay on, parties normally would not force their retirement and risk their revolt or sabotage just to put in more women candidates.

Rather than the supply of female talent being the issue, raising women representation more often depends on the supply of male retirees. Often, the talk about capable women making it there naturally without any systemic reform is either ignorant or dishonest.

One simple aspect that may make all the difference: magnitude, or the number of seats to be elected in one constituency.

As single-member constituencies can easily become “owned” by incumbents, fixing gender imbalance would be difficult.

In strong contrast, when a few seats are to be filled in a constituency, most parties naturally would not put up a “manel” (all-male line-up/all-male panel). As no single lawmaker “owns” the constituency, it is easier to replace a weak male incumbent with female new blood.

Here is the evidence from Singapore, which has both single- member constituencies (SMCs) like our constituencies, and group representation constituencies (GRCs) with four to five MPs. The 14 SMCs returned five women MPs (0.35 MP per SMC) while the 17 GRCs returned 22 female parliamentarians (1.29 MP per GRC).

The IPU data is even more telling. Out of the top 20 fully-elected national parliaments in women representation, only two Caribbean countries, Cuba and Grenada, use entirely single-member constituencies.

Of the remaining 18 countries, 13 use the Party-List Proportional Representation (List-PR) system. Under this system, every constituency elects numerous lawmakers, and parties nominate their candidates in “lists”.

The seats would then be allocated to the parties proportionally based on their vote shares, and leading candidates in the lists would take up the seats. The “open” variants would allow voters to also choose candidates and modify their position on the lists while the “closed” variant, Closed-List Proportional Representation (CLPR), fixes the order of candidates.

The last five countries use some mixed member systems that combine List-PR and some other systems, hence, having some or all multimember constituencies.

New Zealand is one example of success in significantly raising women representation after changing its First-Past-The-Post (FPTP) electoral system, the same like ours, to a combination of FPTP and CLPR in 1996. They were given two ballots, one to vote for an individual candidate for their FPTP constituency, like we do here, and another for a party under CLPR.

Even without mandatory gender quotas, the weight of women parliamentarians has soared from 21% in the last FPTP-only election in 1993 to 48.3% by 2020. Thanks to the CLPR seats, the number of indigenous Maori, Asian and Pasifika parliamentarians also rose over the years.

New Zealand’s system is called Mixed Member Proportional (MMP) because its 48 CLPR seats were allocated to the parties to achieve proportionality between their total seats – both FPTP and CLPR – and the CLPR votes.

Countries like Japan and Taiwan adopt a simpler variant called Mixed Member Majoritarian, where their CLPR seats – not tied to FPTP seats – would be allocated to the parties based on the CLPR votes.

The Mixed Member Majoritarian system still favours larger parties like FPTP but it gives some room for smaller parties.

So why don’t we also create a multimember constituency under CLPR alongside single-member constituencies under FPTP if we want to overcome women under-representation without forcing male lawmakers to retire?

Having a combination of FPTP and CLPR seats brings many benefits.

First, by default, CLPR is immune to malapportionment and gerrymandering, so it can actualise the “one person, one vote, one value” principle many Malaysians long for.

Second, because the mandate for CLPR seats is based on parties, not candidates, an “anti-hopping” law can be implemented without issues. When a CLPR lawmaker switches his or her party, the seat would be vacated and filled by the next candidate on the original candidate list, no by-election is even needed. New Zealand and Taiwan have such simple-to-use anti-hopping mechanisms.

Third, because CLPR lawmakers come from wider constituencies, they would have to represent issues instead of just providing constituency services. Cross-constituency issues, from global warming and violence against women to opportunities for youth, would be better represented in the legislatures.

Fourth, small parties like PSM and Muda will get a better chance of winning seats.

Fifth, parties can fill CLPR seats with issue champions and policy experts whose temperament may not fit constituency campaigning and service under the FPTP system. So we would have more intelligent parliamentary debates instead of shouting between lawmakers.

One obstacle stands in the way of introducing multimember constituencies under CLPR, even for Pakatan Harapan-held states: Article 117 of the Federal Constitution which mandates single-member constituency.

It’s a very simple idea: if women state assemblymen (Aduns) are less than 30%, then additional women would be filled to make up the 30%. And the additional seats would be allocated proportionally to the parties, as in CLPR.

How can Penang skirt Article 117? Parties that contest in the next state election would be invited to nominate candidates for TWOAS. If there is a need to fill up TWOAS seats, these seats will be filled based on the parties’ total vote share.

Again, a very simple solution: Penang voters cast their votes once, but their votes would be counted twice if not enough women are elected. Because the TWOAS candidate lists by all parties are pre-announced, voters can consider them alongside their DUN (state assembly) candidate when casting their vote.

If the next state election returns the same outcome as the 2018 state election, meaning six women Aduns, and the votes are distributed between Pakatan (67%), BN (22%) and PAS (10%), then, nine TWOAS representatives would be appointed, and Pakatan, BN and PAS would get six, two and one seat each.

The outcome is a “one-ballot” version of the Mixed Member Majoritarian system, compared with the standard “two-ballot” version in Japan, Taiwan and some 20 other countries.

TWOAS would transform our politics beyond attaining the minimum 30% women representation. TWOAS would allow us to realise the democratic ideal of “one person, one vote, one value” and have an effective anti-hopping mechanism.

The DUN would have issue-based representation as the top-up women Aduns represent the whole state. Instead of setting up constituency service centres, they would address issues through select committees which would also contain conventional Aduns and hear public grievances throughout the year.

TWOAS is a political experiment in Penang for Malaysia. If it works, Malaysia should consider adopting the Mixed Member Majoritarian system with two ballots, when quotas beyond women may also be adopted.

Enduring the chaos since 2020, Malaysians must be bold and innovative to fix our broken political system.

Prof Wong Chin Huat is a political scientist at the Jeffrey Sachs Center on Sustainable Development, Sunway University, Malaysia. He advises the TWOAS project. The views expressed here are solely his own.