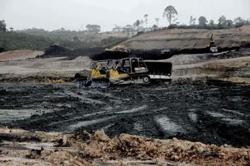 WITH no end in sight to the coronavirus pandemic that has infected, sickened and killed nearly a million people, and with looming ecological disasters, some of them man-made, the last thing we need is a government that pays little regard to science. Unfortunately, this could be the grim reality in Indonesia today.

Within the first weeks of 2021, Indonesia has had to deal with a new spike in coronavirus cases across Java, deadly earthquakes in Mamuju and Majene, both in West Sulawesi, and the worst flooding to hit South Kalimantan in decades.

It is as if 2021 were saying “hold my beer” to us after being compared to the annus horribilis that is 2020.

Strong leadership that inspires confidence is requisite in a time of crisis. President Joko “Jokowi” Widodo, described by some scholars as a “technocratic populist”, has clearly tried to exude the aura of an able, rational and pragmatic leader.

In many of his social media posts, the President has told the people that his government has things under control and that all this will pass. But his recent statements regarding the pandemic and the flooding in Kalimantan have shattered any illusions.

In the latest example of science denial within the government, President Jokowi and his officials have argued that the big flood that submerged a large part of South Kalimantan a few weeks ago was triggered by a rare case of extreme rainfall.

This statement could be seen as partly true, if only government officials had not chosen to publicly deny any links between the flooding – which killed at least 15 people and displaced tens of thousands – and deforestation in the province, particularly in the Barito watershed.

There is no doubt that heavy rainfall played a part in the flooding (let’s put aside how obvious this statement is). However, it is wrong to prematurely dismiss suggestions offered by environmentalists and scientists that environmental destruction in South Kalimantan is also a causal factor in the massive flooding.

On her Twitter account, Environment and Forestry Minister Siti Nurbaya Bakar said there was “misleading information” regarding the causes of the South Kalimantan flooding that was “deliberately spread by some parties”.

“[The cause] is weather anomaly, ” she said, “and not about the size of forests in the Barito River’s watershed area in South Kalimantan.”

Kaliansyah, the ministry’s director-general for pollution and environmental damage control, has made the case that the proportion of the Barito watershed area still “meets standard”, with 39.3% of it officially classified as forest area and 60.7% as other-use area.

However, this administrative division does not reflect the actual size of the forested area in the watershed. According to the ministry, only 43.3% of the forest area is actually forested, meaning that forests only account for around 17% of the 1.8-million-hectare watershed.

It remains unclear how big or small a forested area within the watershed is dedicated to other use. Regardless of the accuracy of the available data, the government has yet to provide a strong argument to disprove the link between the scale of deforestation in South Kalimantan and the recent flooding. Its argument that the downstream area of the Barito is flat and thus naturally prone to flooding does not necessarily mean that environmental degradation played no role in exacerbating the recent flooding.

The reality is that the rate of deforestation in South Kalimantan is at best alarming. The National Institute of Aeronautics and Space (Lapan) has recorded shrinkage of 13,000 ha of primary forest, 116,000 ha of secondary forest, 146,000 ha of rice fields and 47,000 ha of shrubbery in the province in the last 10 years alone.

Bambang Hero, a forestry expert from the Bogor Agricultural Institute, believes that the flooding indicated problems or disturbances in the Barito watershed and that it might have compromised its ability to contain large amounts of rainwater.

This is not the first time government officials are involved in a debate with activists and scientists over crucial issues that could determine the fate of the nation. On Jan 26, Indonesia became the first Southeast Asian country to pass the one million mark of Covid-19 cases.

Since day one of the coronavirus pandemic, the government has shown its thinly-veiled reluctance to rely on scientific data to acknowledge and address the outbreak. While the new health minister, Budi Gunadi Sadikin, has clearly improved the government’s strategy in handling the pandemic, the President has yet to change his old approach to the health crisis, at times undoing the achievements of his new health minister.

The President, for instance, stirred controversy recently when he told businesses at the Bogor State Palace earlier this month that Indonesia was “lucky” that it did not have to impose a lockdown to curb the spread of the virus.

Critics say whether or not the government imposes a lockdown is a matter of choice and does not reflect the severity of the pandemic situation in the country.

It is clear that the Jokowi administration initially chose not to impose a strict lockdown on the pretext of protecting the economy. By doing that, it has ignored the opinions of epidemiologists who argue that imposing a lockdown during the early stage of the pandemic to trace and isolated infected patients was necessary to contain the virus.

The Jokowi administration has long shown an anti-science attitude, but only recently did it go as far as labelling educated opinions as “misinformation”, as clearly shown in Siti Nurbaya’s tweet.

It is no surprise that, amid the controversy over the South Kalimantan flooding, the National Police issued a statement on Friday saying that, according to their own investigation, the flooding had been caused by extreme rainfall, in a clear attempt to discredit those linking the disaster with environmental degradation.

This only shows how post-truth politics has normalised science denial, not only among the public but also among government officials. We cannot afford to let this continue — the consequence of denying science will be catastrophic. — The Jakarta Post/Asia News Network 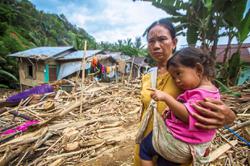