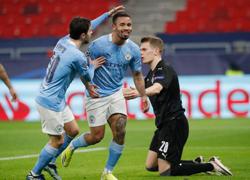 Built for cars: Many roads in Malaysia have no proper sidewalk, making it dangerous for pedestrians.

They provide pedestrians no space and safety, let alone encouragement to walk.

A glance through our urban spaces can easily show us this fact. From the lack of pedestrian pathways to the street level storefronts, we are building our cities only for the enjoyment of people who can afford to drive to where they need to go.

Clearly we are not creating our cities for the least well-off and the most vulnerable. Talks about creating a more just and safe urban environment, like the 15-minute city, or the hyper-twisted 1-minute city concept require the city to be walkable.

But here we are, nowhere near it. We’re still building more highways. And as we are being locked down again, confined within our own neighbourhoods, not having a good walking environment is becoming more absurd.

There are numerous benefits in creating a walkable urban environment.

The most obvious is the benefits on physical and mental health. A study published in the American Journal of Clinical Nutrition has shown that daily 20 minutes brisk walking can lower the risk of premature death, while another study by researchers from the London School of Economics shows that walking is more effective to lose weight than going to the gym.

Malaysia being the fattest country in Asia, this is something that should be of our concern. Furthermore, walking can also help ease depression. According to a UK-based doctor who prescribed walking activity for the patients, 29% reported they no longer need antidepressant medicines, while 92.5% reported that their mood has improved.

A walking city is also a safe city. With more people on the street, there will be more “eyes” on the street. Hence, it will be more difficult to conduct criminal activities and get away with it. From robbing to assaults, a busy street life will be no place for criminals to hurt people. There is a reason why a lot of assault cases in public happened in parking areas – because there is no one there to keep an eye on people, only cars. We do not need hi-tech surveillance cameras (a method of choice for many tech companies and smart city consultants because they want to sell them). We just need more caring and vigilant people.

This is also important in building trust among the community. Seeing familiar faces in the street, from store owners to shop patrons, park users as well as neighbours commuting to work, can help build trust and a sense of security. This can only happen if people are actually out on the street rather than spending most of their time alone in their private cars, separated from the world outside.

One thing we can learn during this pandemic is that we can easily become more suspicious of the Others while we’re isolated from them. Actual interaction, however brief it might be, can help brush the suspicion away.

Walking is also good for the economic life of the city. Contrary to popular belief, walkable streets attract more visitors. If we look at the habits of city-dwellers around the world, pedestrians tend to make more stops at different shops, they tend to spend more time during each stop, and they also tend to spend more. This is of course, good for the city.

However, before we can reap the benefits from pedestrians in the city, we have to first create an environment that is safe and encouraging for people to walk. There is a need for huge infrastructural changes, in addition to small-scale improvements to make the city more pedestrian friendly. There is also a need for a total change of mindset and attitude among city planners and authorities.

First and foremost, we need to treat pedestrians in high regard with a some sort of positive discrimination. I for one do not believe in hierarchy, but on the street, we ought to have one, and it should be as follows; pedestrians, cyclists, public transportation and lastly private cars.

Urban neighbourhoods need to be designed for pedestrians first, and the rest after. We should stop building more roads for private cars, let them get stuck in traffic, and provide more spaces for walkers. In a democracy, we need to prioritise the most vulnerable and prioritising pedestrians and discriminating against private cars is therefore a very democratic practice indeed. This also means we need to rethink our National Automotive Policy that favours high car ownership – a miscalculated policy championed by our two-time former prime minister Tun Mahathir Mohamad.

Then the infrastructural improvements. Obviously, we need to build more pedestrian pathways that are complete and continuous. This should include zebra crossings on major roads.

A walk from Kampung Attap to Petaling Street, for example, should only take about five minutes. But because the only way to cross Jalan Maharajalela that separates the two neighbourhoods is through an elevated walkway that floods when it rains, instead of a street level zebra crossing on Jalan Maharajalela itself, the trip takes much longer and is more inconvenient.

If we apply the democratic practice of prioritising pedestrians as mentioned above, we would make the pedestrian crossing more convenient and let private cars suffer a bit, if they must, in their air-conditioned vehicles, accompanied with their choice of music or podcast.

The Kampung Attap-Petaling Street trip is not an isolated case. It represents the experiences of most walking trips in our cities. Hence, improving pedestrian connectivity, with clear pathways and protection from the elements is crucial. They also need to be complemented with visual aids that can help pedestrians find their bearings in the city. Signages and directions to certain landmarks should be provided.

An urban design that takes the perspective of the pedestrian can also help that not to become overwhelmed while walking around the city – having entrances to buildings next to the pedestrian pathway instead of having a huge parking lot in between them, for example. Having buildings facing the street can also help give a sense of security for walkers, knowing that there are eyes from the building watching the street.

Last but not least, a robust public transportation system is also a major element in creating a better walking environment. Pedestrians need good public transportation to take them to different neighbourhoods. A comprehensive network that not only includes the first and last mile connectivity, but also a non-linear connection between different neighbourhoods needs to be built.

Public transportation should not only focus on connecting the central commercial district with the housing areas. It should also connect the different housing areas with each other, so that non-commercial activities can also be conducted on foot.

These are of course not the only way we can improve walking in our cities. There are various more ways that can be done, with numerous literature available for us to learn from.

The question that remains is how much do we want this to work out?

We need a walking champion who will fight for our pedestrians, and our cities.

Badrul Hisham Ismail is the director of programmes at IMAN Research. The views expressed here are solely his own. 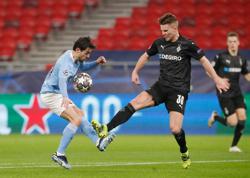