By HARIATI AZIZAN and DINA MURAD While remote working has a lot of benefits in terms of more flexibility and less commuting time, there is also a very real danger that employees slip into an unhealthy balance between "working" and "home" hours without the physical boundaries of the working environment.

PEOPLE in Kuala Lumpur have the longest working hours and spend the most time commuting to work compared to any other city dwellers in the world, giving KL-ites the third lowest work-life balance globally, says a recent study.

According to the "Best Cities for Work-Life Balance 2020" study by US-based security specialist Kisi, Kuala Lumpur ranked 47th out of 50 major cities worldwide for qualities that make working and living easier.

However, when it comes to coping with Covid-19, Kuala Lumpur did better – it was the 13th least impacted by the pandemic and had the fifth lowest projected unemployment.

The results are based on an analysis of 19 factors grouped under three broader themes – work intensity, society and institutions, and urban liveability – that affect working life overall.

Said Kisi, it also assessed a city's adoption of smarter working policies "and its capacity to simultaneously equip residents with the ability to enjoy their leisure time" while studying the social and economic impact of its Covid-19 related response.

Based on those criteria, the top nine cities in the 2020 survey are in Europe, led by Oslo, Helsinki and Copenhagen in that order, with Calgary (Canada) coming in 10th.

Last year, Kuala Lumpur ranked 40th out of 40 cities in the same study. "This index is not designed to be a city liveability index, nor is it intended to highlight the best cities to work in; instead, it is an indicator of a city's ability to provide a healthy work-life balance for its residents, while providing opportunities to relieve work-related stress," the company said.

Kisi chose the 50 cities for the survey based on their reputation for attracting professionals and families for their work opportunities and diverse lifestyle offerings. It then gathered and analysed publicly available data on the many factors that affect working life.

City liveability was evaluated based on affordability as well as citizens' overall happiness, safety and access to wellness and leisure venues.

Social factors included access to state-funded health and welfare programmes, as well as institutional support for equality and social inclusivity.

Kuala Lumpur fared poorly on work intensity factors including hours worked plus commuting time (52 hours a week compared to 36.14 hours in Amsterdam) and having the fourth highest percentage of the workforce considered overworked at 21%. We also notched the fourth fewest vacation days offered at 8 days with many taking only 12 days off per year.

Kuala Lumpur also received the lowest happiness, culture and leisure score which affected its city liveability, including the lowest outdoor spaces score. The capital also scored low in the air quality scale (fourth lowest) and one can’t help but wonder how it would score if water quality was measured. As for affordability, city safety and stress, as well as in its wellness and fitness, KL was ranked average – but tilting more towards the bottom rung.

Social factors are other aspects that dragged Kuala Lumpur down the rankings: we scored lowest for social expenditure (15.87), healthcare (47.12), access to mental healthcare and inclusivity and tolerance.

This year's study also took into account how Covid-19 has changed and continues to affect work-life balance in several key areas: the restriction of movement, the severity of lockdown measures, the overall economic impact, and the projected percentage change in employment as a consequence. “When we first conducted this study last year to investigate what constitutes a healthy work-life balance, we had no idea that we’d be looking at completely different goal posts in 2020. No year in recent memory has had such a large impact on our working lives, and remote working has made the lines between work and life commitments more blurred than ever before. The burden of maintaining this balance has shifted even further onto workers, who are already trying to cope with the economic and mental stress of the pandemic, ” said Bernhard Mehl, CEO and co-founder of Kisi.

“What was important for us in this year’s index was to see how different cities were placed to face these challenges to their inhabitants. Besides the obvious needs such as hospitals and access to healthcare, having a safety net in place to protect the unemployed for example, as well as things like having enough outdoor spaces for people to socially distance while exercising has become vital to how citizens are able to cope. The results of this year’s index show that the cities who had these systems already in place are managing much better than those that didn’t before the crisis.”

Kuala Lumpur was the 37th most impacted by the pandemic, with a fifth lowest projected unemployment. Our capital city also has the lowest percentage of residents holding multiple jobs (1.1%).

(However, it must be noted that the study assessed the cities before the world's second wave and Malaysia's third wave of Covid-19 infections.)

“A lot of employers may have imagined that mass remote working would lead to employees slacking off without the watchful eye of management or the confines of the physical office, but this big shift during the pandemic has proven the opposite. Research is now showing that people are actually more likely to overwork themselves in order to prove their productivity and availability to higher ups when not at their regular desks: this so-called phenomenon of ‘Electronic Presenteeism’” Mehl commented.

“While remote working has a lot of benefits in terms of more flexibility and less commuting time, there is also a very real danger that employees slip into an unhealthy balance between 'working' and 'home' hours without the physical boundaries of the working environment. We wanted to bring attention to the issue of overworking in this work-life balance study once again because its something that while always a threat to peoples mental and physical well-being, seems more pressing than ever before.

All work and not much play, even when working remotely 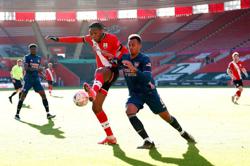 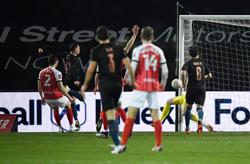