Picturesque: Fraser Hill’s little township has a quaint miniature clock tower at its centre and beautiful mock Tudor and colonial-style old buildings. Rather than adding a huge resort, wouldn’t it be a better idea to maintain this built heritage to make it an even more unique worldclass attraction? — Filepic/The Star

THERE has not been a day since July 20 that I have not thought about what else we can do to stop a 181-room, 15-storey resort from being built on Fraser’s Hill – and eventually killing it.

I am far from being dramatic. There are just too many concerns raised not only by me and the Persatuan Alam & Warisan Bukit Fraser but also by many other NGOs; wildlife researchers; environmental consultants, lawyers and policymakers; ecotourism planners and even lawmakers. I have spent so much time working on the matter that I was even speaking to the Yang di-Pertuan Agong on the phone in my sleep, explaining my concerns. (The Yang di-Pertuan Agong Al-Sultan Abdullah Ri’ayatuddin Al-Mustafa Billah Shah is the Sultan of Pahang.)

One of those concerns includes the fact that the royal residence on Fraser’s Hill, Sri Pahang, will be sandwiched between the Fraser’s Hill Resort & Spa and the resort that is supposed to be erected on the old Mallaig Bungalow land, erasing the amazing 360-degree view that Sri Pahang’s visitors have enjoyed all these years. Even worse, the istana will no longer be as private as it will be in view of some of the new resort’s balconies. We have written letters and sent emails to everyone, we have met up with relevant authorities and even the developer (in real life, not in a dream), we have even gained a verbal stop work order for a review of the building design. But it was so disheartening when we were told by the developer that all the stop work order requires is that they review the aesthetics of the design and not the scale of it.

Even after finding out that there is a specific environmental study on Fraser’s Hill commissioned by the Department of Environment (DOE) there is no room to rejoice. The 2008 report supports our concerns but it is not good enough. Regardless of how credible the study is and how much the DOE paid for it, it is only taken as a guideline.

I honestly don’t get this. Why would anyone bother spending taxpayers’ money on commissioning studies when the findings can’t even be taken into account? I think the conundrum lies in how the different departments are divided and how they work independently when they should be cross-referencing with each other.

In cases like this, the state has the last say and it is really up to the state to make the final decision after considering all the other departments’ recommendations. The hill straddles the Selangor-Pahang border and neighbouring Selangor will also be impacted by this construction but it also doesn’t have a say in the matter as the site lies in Pahang.

Did you know Fraser’s Hill has nearly four times more endemic species than any other highlands in Peninsular Malaysia? Did you know that it is so extremely rich in flora and fauna that it is like living in National Geographic magazine when you are there? I personally have seen a black panther with my naked eyes among many other wild creatures. Did you know that the place is so unique that Universiti Kebangsaan Malaysia has maintained a dedicated research centre there for decades? And that scientists from all over the world come to study the hill and its wildlife? Did you know that Fraser’s Hill is one of the most important natural highland bird sanctuaries in the world?

Did you know that the scale of the proposed 15-storey building and the attendant light and noise pollution during its six-year construction are a huge threat to all of these wonders? As it is, even before real construction work has begun, damage to the hillside caused by lorries can already be seen.

And for two days, businesses at the nearby Food Garden lost their phone and Internet connections because a cable-carrying pole was hit by a construction truck. Imagine the kind of damage that will be caused in the six years of the resort’s construction. Six years is a long time for residents to put up with disruptions caused by damage done to infrastructure, and for wildlife to endure vibrations and noise pollution. In fact, wildlife can’t endure them, they will simply disappear.

Let’s put aside the loss of a heritage bungalow and the bleak future of other colonial buildings; let’s ignore the lost opportunity of maintaining them and making Fraser’s Hill an even more world exclusive nature tourist destination; put aside even the fact that the new building’s scale and its piling poses a soil erosion threat to Fraser’s Hill town centre and Allan’s Water, the only lake on the hill; forget even about the loss of wildlife. Let’s just look at what’s most pressing right now: Only a week ago, on Sept 6, a pillion rider was killed while her husband was injured when their motorcycle was struck by a falling tree along Jalan Tranum near Fraser’s Hill.

Trees falling along this main Selangor-Pahang trunk road and the roads up and down Fraser’s Hill are a daily occurrence. Just as common as landslides. As reported many times by researchers, the soil in and around the area is sandy and loose, making it sensitive to vibrations let alone deforestation committed to grow musang king durians and such. Heavy construction vehicles going up and down the hill until 2026 will cause tremors and loosen the soil as well damage already unstable small roads. Ask the Hulu Selangor and Raub District Councils themselves how much money is spent in maintaining the roads and clearing up trees and landslides in the area – and that is before beginning the construction of a 15-storey resort that will require tons of machinery and materials to be transported up and down the hill over the span of six years. Imagine what damage, loss and financial cost this development will cause EVERYONE. Read also: Charmed by Fraser's Hill? Let's save it!

Why we are still allowing this development to go ahead is really beyond me. Why are we allowing the destruction of habitats and the loss of wildlife, including endemic species, killing a unique, sustainable tourism opportunity that is already notable internationally, threatening years of research by scientists and the existence of Pusat Penyelidikan Bukit Fraser UKM, why are we threatening existing businesses and lives and disregarding the carrying capacity of the hill? Why are we willing to sacrifice all of this for one 15-storey resort that aims to draw more visitors to a hill that cannot support any more visitors on the weekends? Job opportunities? They can be created in so many other ways. But does the resort developer, a world-renowned hotel operator, care? And will the Pahang state government, the DOE and the Tourism Ministry prove that we are capable of excellence in making the best of what Mother Nature and our past have bestowed upon us?

Or will this hill end up becoming another Malaysian environmental tragedy?

Wednesday is Malaysia Day, and for that auspicious day, I pray that there is hope for Fraser’s Hill, Malaysia and Malaysians. Selamat Hari Malaysia!

Nik Jassmin Hew is the chairman of Persatuan Alam dan Warisan Bukit Fraser. The views expressed here are solely her own.

If you still believe there is hope like we do please email PAWBF (Persatuan Alam & Warisan Bukit Fraser) to volunteer on the campaign or sign the petition: Call for Review of Fraser’s Hill Resort & Spa Plan. 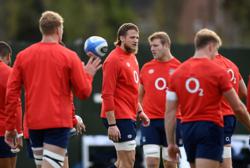 Appreciate Fraser’s Hill for what it is