Take flight with these courses The programme is divided into theoretical and practical segments that will enhance the understanding of the technical subject in aircraft maintenance and taught by an approved instructor.

UNIVERSITI Kuala Lumpur is well known as one of the leading technical universities in Malaysia and the institution is mandated under Majlis Amanah Rakyat (MARA) and Ministry of Rural Development (KPLB).

In providing a technical study in aviation subject matter whether academically or professionally, one of its UniKL campuses, Malaysian Institute of Aviation Technology, is one of the best institutions available in Malaysia and South-East Asia and also well known as the first university in Malaysia that was approved by international and local aviation authorities.

The campuses in Sepang and Subang airport are strategically located nearby two major Malaysian airports.

One of their main programmes are professional programmes on aircraft maintenance licences for European and Malaysian authorities.

These programmes are approved by the European Union Aviation Safety Agency (EASA) and Civil Aviation Authority of Malaysia (CAAM). It is also accredited by the Malaysian Qualifications Agency (MQA) as one of the professional certificates under the Ministry of Higher Education (KPT).

The programme is divided into theoretical and practical segments that will enhance the understanding of the technical subject in aircraft maintenance and taught by an approved instructor based on their individual experience and continuous training provided by UniKL MIAT. Some of these training requires them to learn and re-learn the new technology of basic and type training by all means to ensure they stay updated on the current system of a new generation aircraft such as the 737NG and AW189.

This is an advantage to the student as in future, after completing the basic training and granted the basic licence by EASA and CAAM, UniKL MIAT is preparing the type of training to be conducted in-house for its alumni that requires to be established as an aircraft type endorsed licence aircraft engineer for future career growth. In general, the programme is conducted in modular sessions and its candidates are required to undergo a full training of 2,400 hours that revolve in different categories of licensing as enrolled. Its categories are Aeroplane Turbine (B1.1), Helicopter Turbine (B1.3) and also Avionics (B2).

The training is conducted in-house with two campuses that facilitate 40 approved workshops and a hangar that can fit in dimension of three narrow body commercial aircraft at Sepang campus and stores a variety of aircraft type for training such as Cessna 150, Cessna 182, Cessna 310, Hawker Siddeley 125 and Falcon 20.

Meanwhile, operating since 2018, the new Subang campus practical training is conducted in 10 approved workshops with all approved training aids and a hangar that can fit in two narrow body and a single wide body aircraft.

In these campuses the training integration of an airworthy aircraft is engaged with the student in structured manners as approved by both aviation authorities.

With an expansion of networking in the aviation industries, UniKL MIAT and a few strategic partners have signed a Memorandum of Agreement (MOA) to be able to work together and to ensure the training are in full compliance, about 300-400 hours of training are conducted at the MRO or an approved Part-145 organisation for the student to be able to understand more on company policies and procedures, assisting task in an actual environment of a live and airworthy aircraft and most importantly to be able to perform these tasks from the initial training in-house under the supervision and surveillance of approved and dedicated trainers.

During these structured training sessions at the MRO, they will also be supervised by an established licence aircraft engineer that will teach and supervise these sessions closely. 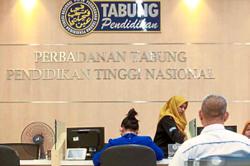