Take bull-ying by its horns 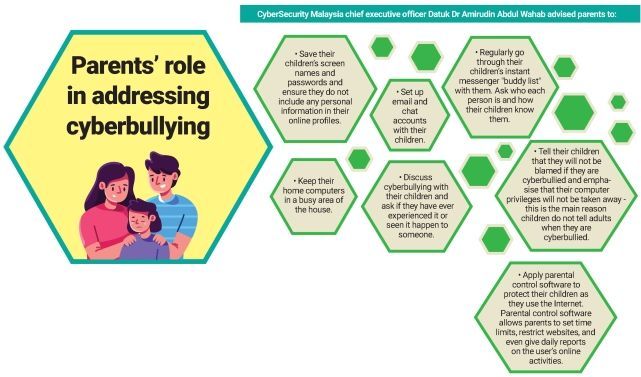 CYBERBULLYING is especially grave when it involves threatening and hurtful messages, as well as public humiliation.

Describing it as a serious matter, CyberSecurity Malaysia (CSM) chief executive officer Datuk Dr Amirudin Abdul Wahab said cyberbullying is traumatic for the victims and can sometimes be more harmful than other types of bullying (see fact box) because the perpetrator can remain anonymous and bully victims anytime and from anywhere.

“We must stop cyberbullying and implement proper guidance to encourage victims to take necessary action,” he told StarEdu. 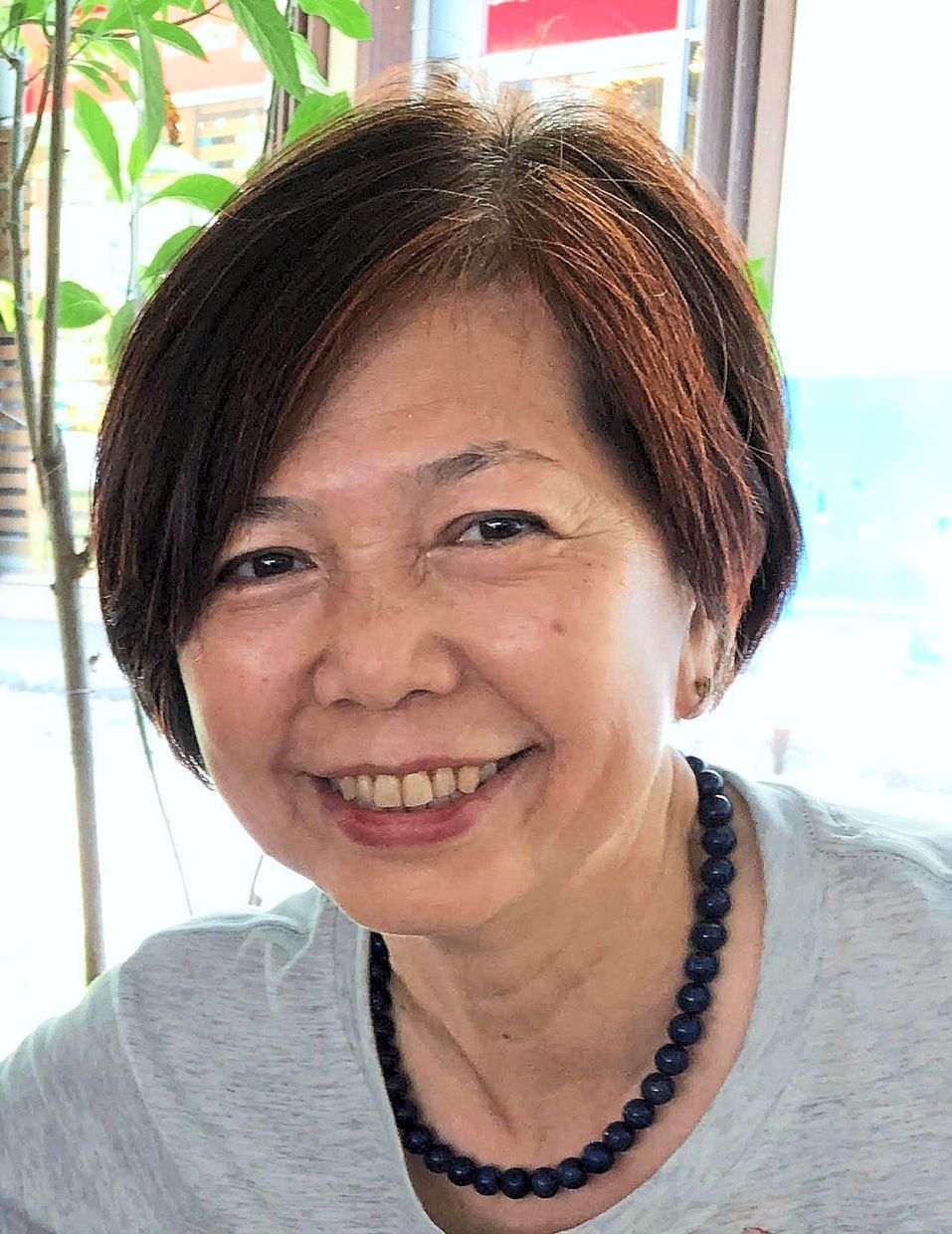 Ho: Having the most number of friends or followers is not a priority as allowing thousands to view your social media accounts only exposes you to more harm.

Educating Internet users on ways to use technology ethically is important, he said, adding that digital education must start as soon as a child learns how to use a digital device.

In collaboration with the Education Ministry, CSM has developed the National Cyber Security Awareness Module (MKKSN) to curb cyber threats, including cyber threats among schoolchildren. Amirudin: We must stop cyberbullying and implement proper guidance to encourage victims to take necessary action.

“This was one of the initiatives we came up with together with the ministry’s Educational Resources and Technology Division.

“The module was developed based on the National Baseline Study on Cyber Security Awareness Among School Students, which was conducted in 2017 to identify the level of cybersecurity awareness among primary and secondary school students throughout Malaysia,” he said, adding that the MKKSN was developed according to students’ level of understanding of the matter, and the topics were based on the findings of the study.

Dr Mohanraj: There should be a structured module as part of the school and university syllabi for students to understand issues like safety and responsibility relating to social media, and this should be made a mandatory course to pass

The aim of the module, Amirudin said, was to foster a culture of prudent and ethical use of technology and the Internet through teaching and learning initiatives, best practices, and preventive measures to prevent schoolchildren and teachers from becoming victims of cyberattacks.“The general ignorance about cyberbullying may be the reason this social menace has become pervasive among Malaysians.

“When it happens in schools, it interferes with the educational environment as victims feel fearful of attending classes and are unable to focus on their studies.

“However, reforming the education system solely and restricting the usage of smartphones in schools will not solve this problem.

CSM’s outreach programme, Cyber Security Awareness For Everyone (CyberSAFE), he said, aims to educate and enhance public awareness of technological and social risks they face online.

One of the initiatives under this programme is CyberSAFE in Schools.

Established in collaboration with the ministry in 2010, it targets schoolchildren and teachers to elevate awareness of online safety.

Amirudin said the mission is to impart practical cyber safety knowledge and to provide information and resources to the community to ensure a positive and secure online experience.

“We can save cyberbullying victims by providing them with good advice, and emotional and mental support.”

Yayasan Generasi Gemilang director of services Nick Foong said while curbing cyberbullying through education is important, it largely only addresses the symptoms.

What’s more crucial, he said, is to encourage mindful and intentional use of technology.

“This requires a multi-pronged approach involving all stakeholders, from the government, parents and schools right through to corporate bodies.

“Companies that own platforms such as TikTok, Instagram and Facebook need to ensure online spaces are safe for expression, with necessary restrictions or reporting mechanisms in place. They could also incentivise or encourage the positive behaviour we want to see.

“Other actors should work to build media literacy among children and educate parents on how to use social media in a respectful and kind manner,” he said, adding that authorities, too, should lay out clear processes on how the public can report online aggression, which will allow the authorities to take quick action in conducting investigation and protecting victims.

The programme, he said, goes beyond raising awareness of cyber safety.

“It is about how we can and should be good digital citizens.”

Social media platforms are widely used by students not only for personal and recreational activities, mental health expert Prof Datuk Dr Andrew Mohanraj said, but also as part of their education.

School students use Instagram for photo essays, and Facebook for watching lectures, classes and discussions, he said, while university students use social media to run campaigns as part of their project work.

“Social media is inextricable from the life of a student. As such, what needs to be looked into is the misuse of social media, specifically for cyberbullying.“There should be a structured module as part of the school and university syllabi for students to understand issues like safety and responsibility relating to social media, and this should be made a mandatory course to pass,” the Malaysian Mental Health Association president and consultant psychiatrist said.

He also suggested that at the end of the course, students should be made to sign a declaration that they will not engage in cyberbullying. Such a certification programme, he said, could be introduced by external parties in the school system.

“This is not a new idea as there are countries where such a certification is mandatory for continued school enrolment.

“Parents, too, are encouraged to enrol in a similar programme where they are educated on how to protect their children from becoming victims of cyberbullying and conversely, to ensure their children do not become bullies.

“In these countries, there are schools that will not admit students if their parents do not undergo this course.

“This is part of the mental health audit for schools which is becoming part of the norm these days,” he shared.

Malaysia should consider this idea, he said, as part of our strategy to combat cyberbullying among students.

Pointing to how physical, verbal and emotional bullying can lead to cyberbullying if allowed to fester, child therapist Priscilla Ho said cyberbullying is a form of 24/7 torture on victims.

“Everyone gets to read the unkind comments posted and is allowed to add even worse remarks. In most cases, no one can stop it as it is not done face to face, unless the victims close their accounts,” she said.

She advised students to restrict the number of people who can view their social media accounts.

Having the “most number of friends or followers” is not a priority, she said, adding that allowing thousands to view their social media accounts only exposes them to more harm.

“Young people believe their self-image is very important for social networking without realising the dangers out there. Many are just ignorant. 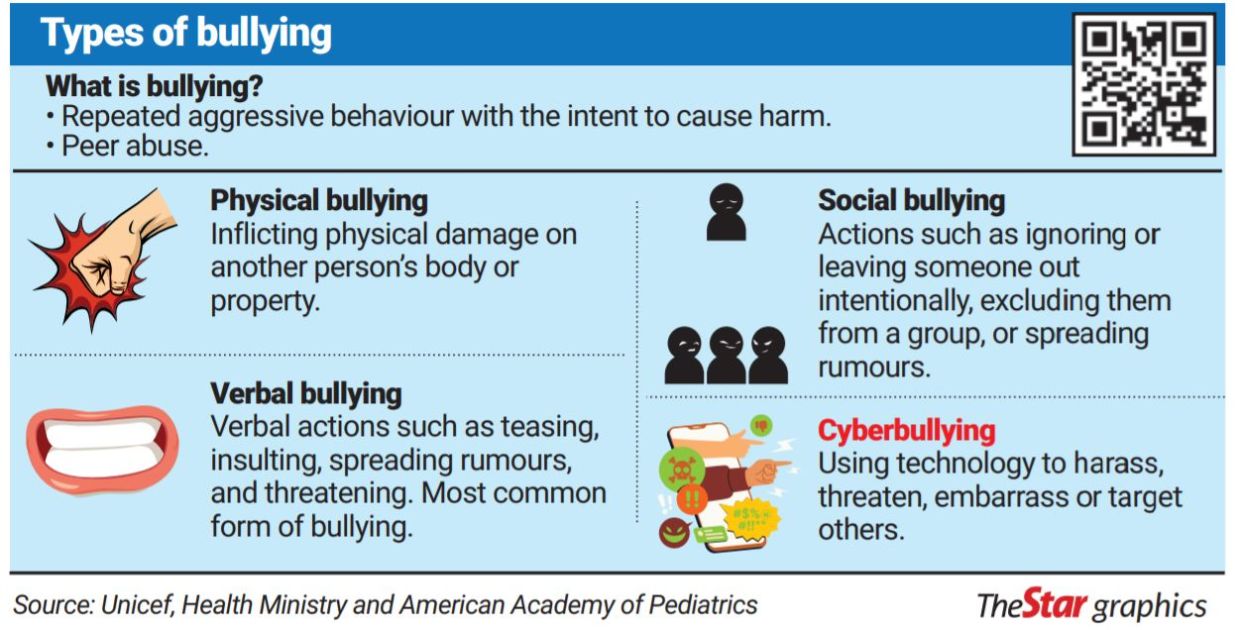 “Bystanders who read such toxic messages may be helpless in stopping the online bully from cyberattacking the victim. Putting each other down on social media platforms is like a disease,” she explained.

She advised parents to befriend their children on social media platforms so that they are in the know of what’s happening but she cautioned parents against putting their children down when they see something negative. Amirudin said they should establish communication and trust with their children to discuss their online activities openly, and identify parenting styles that work best for them.

Parents as digital guardians should learn about technology, he said, such as the usage of privacy settings on social media accounts, monitor their children’s digital footprints and limit their children’s online activities.

CSM, he said, has produced a booklet titled “CyberSAFE Parenting – Towards Cyber Prosperity” as a guideline for parents on digital parenting in a collaborative effort with Universiti Malaya, Universiti Kebangsaan Malaysia and DiGi Telecommunications.

The booklet, he shared, provides guidelines for parents or guardians to explore cyberspace, and helps them engage with their children in online activities, and set rules that will protect their children.

“We also provide technical assistance via the Cyber999 Help Centre for the public to report cybersecurity-related incidents.

“Cyberbullying victims should not hesitate to reach out for support. Internet users, especially children, should be careful when accepting friend requests online.

“Parents must proactively educate their children on the positive use of the Internet and supervise them while they are online,” Amirudin stressed.