The trio’s “My Soil, My Plant” winning entry incorporates elements of the Fourth Industrial Revolution, Internet of Things, environment and agriculture.

My Soil, My Plant is a device that can measure the electrical conductivity of any type of soil and recommend plants that are best suited for that particular kind of soil, Yuvika, Mahaganapathy’s daughter, told StarEdu.

“Simply insert the probe into any soil and the list of plants will be displayed in your mobile phone via an app.

“The probe and the mobile phone user can be at different locations as the data will be sent through cloud,” she said, adding that the idea was inspired by her school’s Go Green project.

The 11-year-old said she takes pride in being able to set an example for her peers and believes social responsibility is vital to ensuring environmental sustainability.

“That was an important aspect of our innovation.

“We also improved our audio visual component to ensure that the specially-abled community can also use the app,” she added.

Kavisha, 12, said it was encouraging to see how excited the panellists were when she and her teammates presented their project online.

Kailesh, 12, said they had already improved on their prototype for the World Young Inventor Competition, which will take place next month.

Teams that were shortlisted for the Selangor State Innovation Award 2021 were invited to attend the Selangor Research, Innovation and Development Expo, which was held at the Kuala Lumpur Convention Centre from Nov 18 to 21, Mahaganapathy said, adding that Raja Muda Selangor Tengku Amir Shah Sultan Sharafuddin Idris Shah officiated the expo.“The team presented their innovation and received praises from the Raja Muda; he was very impressed and amazed by the team’s ingenuity and knowledge,” he added. 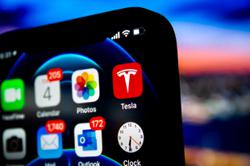 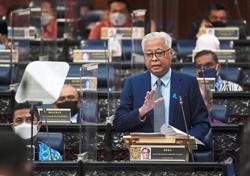