Learning must go on FOR most students, the Covid-19 pandemic has propelled them towards digital learning.

Amid a slew of challenges resulting from the sudden switch from traditional face-to-face learning to online instruction, students have had to rely on their resilience and resourcefulness to make the most of their educational experience.

These include students who find themselves kick-starting their overseas education not only in unfamiliar territory, but also under unprecedented circumstances.

There are also some tertiary students who are not letting go of the opportunity to go on academic exchange programmes.

Medical students too have had to find ways to cope with complex topics and carry out hands-on components from home.

Even as higher education institutions in Malaysia and around the world have reopened in stages, online delivery of lessons — at least in part — is still expected to continue for months to come.

The onus is on everyone involved to ensure optimal student learning experience, be it online or offline. Jauwadee Bun Chea was extremely excited when she was awarded a scholarship by the Public Service Department to pursue a Korean language programme in South Korea.

However, upon arrival in Seoul last February, she and 47 other Malaysian students who were accepted into the same programme were hit by the realisation that their study experience abroad would be different from what they had anticipated.

Owing to Covid-19 infection spikes, South Korea had ordered schools and universities to close and switch to remote learning to flatten the curve.

“I have classes from 9am to 5pm every day except for weekends, which is so tiring. “We have not experienced any offline class. Even for examinations, we went online. But we will be attending a combination of physical and online classes starting next month,” she told StarEdu, adding that she and her batchmates have been fully vaccinated.

While initially challenging, she has since learned to adapt to the new normal with a few coping strategies such as setting goals for herself. Jauwadee: With clarity of personal goals, every hardship will not become a problem.

“With clarity of personal goals, every hardship will not become a problem,” she said.

She also has a strong support group to turn to.

“I would spend time with my pillars of strength – my family members, roommates and friends to release tension. Chatting with them has never failed to motivate and inspire me,” she said, adding that listening to songs, going for a walk and having a good meal help her to “combat fatigue”.

“My main struggle is coping with the fast-paced Korean language syllabus, which we need to complete within just 21 months,” she shared.

Citing self-discipline and self-motivation as crucial, Jauwadee, who started out with no prior knowledge of the Korean language, said she now has an intermediate grasp.

“We only use the Zoom app for online classes but the special thing is that we can’t switch off our cameras at all and the teachers make sure that everyone actively takes part in class discussions,” she said.

Having been away from home for close to a year, Jauwadee said time management skills have come in handy as she has to see to her personal matters outside her study hours.

“I realised that I had taken everything for granted at home like having food prepared by my mum every day.

“I have learned to be more independent as I need to cook, pay the house bills and manage my money now,” said Jauwadee, who plans to make a trip back to Malaysia in May next year.

Amid her hectic schedule, Jauwadee said she has found time to visit a few tourist destinations, which included Gangnam District and Seoul Tower.“This is a once-in-a-lifetime experience to be able to study in South Korea and I really hope to gain as much experience as possible to have an enriching life,” she said.

Universiti Malaya (UM) third year computer science undergraduate Haoyee Ng was determined to seize his “last chance to go on an exchange” early this year, before advancing into his final year of study.

According to him, final year students are not encouraged to take part in exchange programmes. ‘Last chance’: Haoyee was determined to go on an exchange before advancing into his final year of study.

“I initially wanted to go to Japan but after finding out that the borders were closed in preparation for the Olympic Games, I chose to go to South Korea instead with my girlfriend, also a UM student,” he shared.

Having spent his time at Sejong University in Seoul from February to August, the 23-year-old described his experience as enjoyable and fruitful, although he had to put up with constraints imposed as a result of the pandemic.

“I took two classes on Korean language and its expression, and one class on astronomy.

“Aside from the astronomy class, the other classes were mostly conducted virtually,” he recalled.

On campus, Haoyee said the standard operating procedures (SOPs) were similar to those practised in Malaysia.

Before entering the classroom, students and lecturers were required to sanitise their hands, have their temperatures measured, and check in using an app, he shared.

However, as there were few people in face-to-face classes, he said he was unable to gain a full physical class experience.

To students aspiring to go on an exchange, especially during pandemic times, he advised doing ample research on the finances involved.

“You have to be prepared to pay for your quarantine fees upon entering a country, for example,” he said.

“In Seoul, food is costly. This is probably also the reason why I am a relatively good spaghetti cook now,” he said with a laugh. The second year economics student arrived in Vienna on Aug 29 and immediately set out to complete her registration at Vienna University of Economics and Business (WU).

According to the 21-year-old, visitors to Austria who are fully vaccinated need not be quarantined – all she had to do was to show that her Covid-19 polymerase chain reaction (PCR) test results were negative upon entering the country.

“The new semester started early this month but I came earlier to get used to the environment and attend pre-semester German language classes,” she shared.

For her courses, Farah has chosen a variety of economics subjects. She described the face-to-face lessons as interesting with students from different backgrounds and courses actively contributing to discussions.

“Some of the students are married, single mothers, full-time employees and even lecturers. Hence, we get a lot of perspectives in class,” she said.

Although the university community is not required to practise social distancing in class and wear face masks, they have to adhere to the SOPs in place.

To gain entry into the campus, students need to produce negative PCR test results, which are valid for 48 hours. Guards are on duty to check student cards and vaccination status, she shared.

“Before entering a classroom, we need to scan a QR code and register our seats which are labelled,” she added.

Farah hopes to make new friends and attend face-to-face classes throughout her six months in Vienna.

“I consider myself an extrovert but having stayed home for too long, I’m a bit nervous to be around new people. I intend to rebuild my social skills through this journey!” she said.

For more than a year, medical students Farah Emesiya Mohd Fadzil and Sumitha Samiappan have had to contend with online learning. Farah, whose interest in the medical field stemmed from her desire to help those in need as well as interact with various healthcare workers, recalled having difficulty understanding topics such as pathology and the musculoskeletal system from behind a screen. The 20-year-old Universiti Putra Malaysia (UPM) student shared that by continuously reminding herself of how difficult it was to be accepted into the course, she managed to pull through her first year. 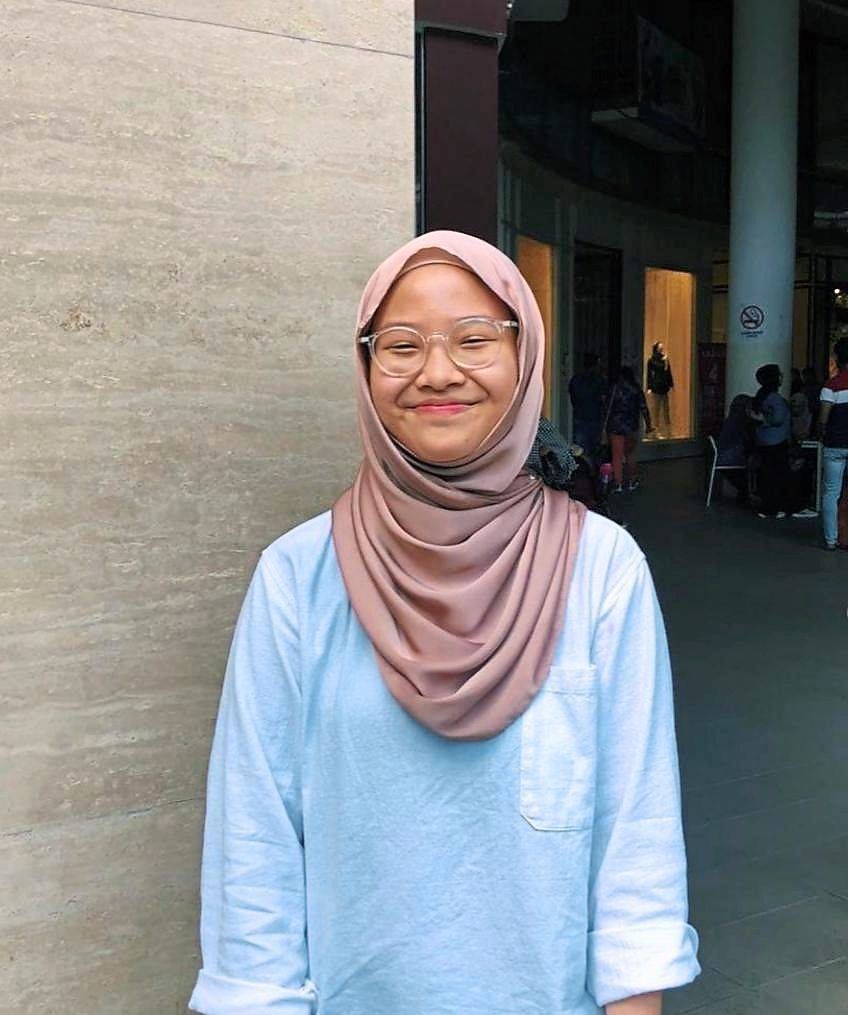 Sumitha conceded to having had a tough first year, as well. At Universiti Malaysia Sarawak (Unimas) where she is studying, the block system has been implemented to replace the regular semester system.According to the 20-year-old, topics are divided into blocks, starting with the foundation of biology block, followed by blocks comprising more specific topics such as blood and immunology.

Each year consists of five blocks and students have to acquire a certain number of marks to move on to the next year, she said.

As practical components are part of their study, measures were introduced to replace the components. “At UPM, lecturers assigned us sets of questions in which each set resembled situations that a doctor would face on the job,” shared Farah, adding that hands-on activities were carried out through a virtual laboratory system.

At Unimas, students were provided with videos of certain procedures and step-by-step explanations, said Sumitha.

At times, students were also required to take videos of themselves conducting procedures at home.

For instance, Sumitha said she carried out a lymph node examination on her family members. “It’s sad that we couldn’t get any proper hands-on experience in our first year,” said Sumitha.

She added that she was especially disappointed to not be able to participate in her varsity’s Family Health programme, where groups of students adopt a foster family from a village and monitor their health status while teaching them ways to maintain their health.

Although home-based learning has its upsides, both students are in agreement that the advantages of face-to-face learning far outweigh the former. 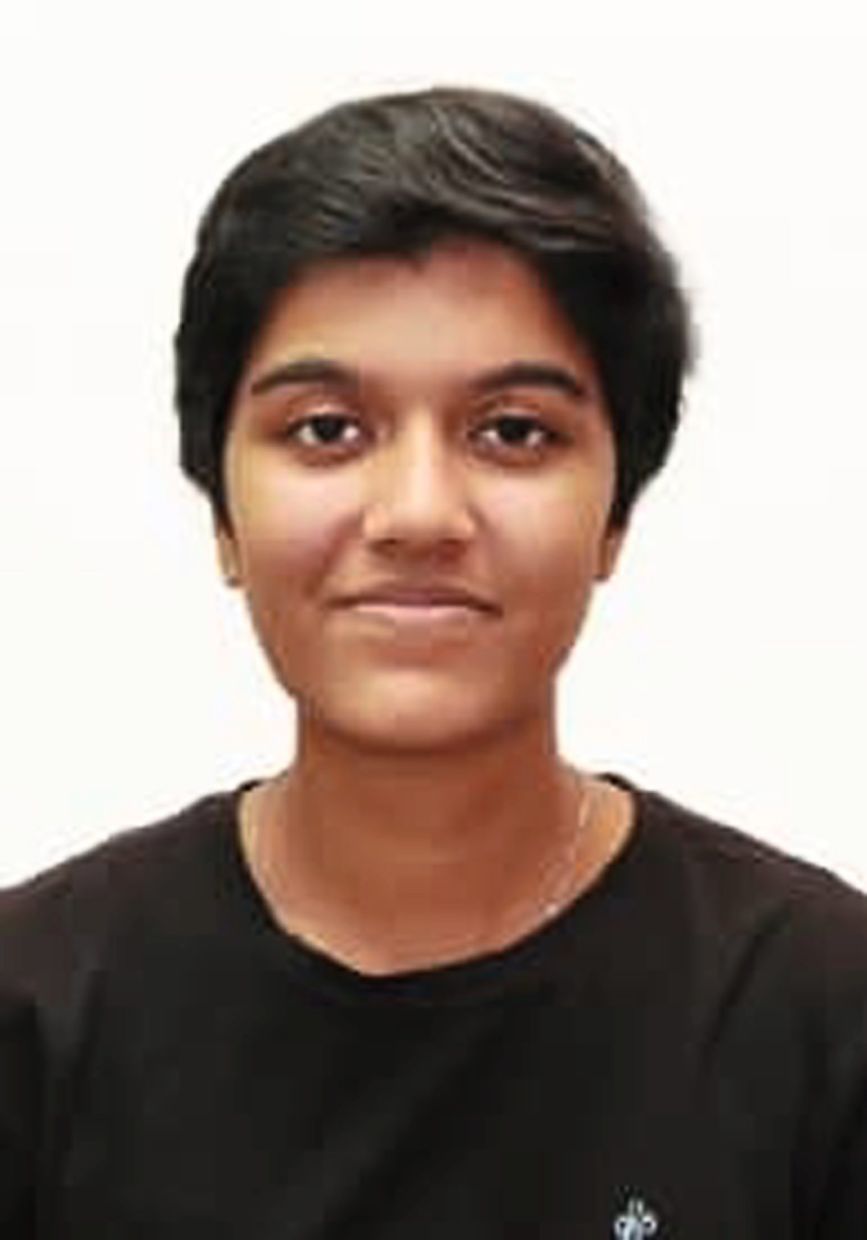 Getting hands-on: Sumitha carried out a lymph node examination on her family members from home.

“Being surrounded by our friends and peers definitely motivate us better. Learning from home has its distractions. It takes a good amount of effort to pay attention to online lectures,” said Farah, who is back in campus.

“Attending practical classes is really fun. I can dissect cadavers and do many in-person activities with my coursemates, although we still have online theoretical classes and lectures in our rooms,” she added.

Echoing her sentiments, Sumitha said the physical presence of her coursemates and lecturers would have made a big difference in her study.

“Fortunately, we have the option of emailing our lecturers when we have questions,” she added.Unlike Farah, Sumitha has not been called back to campus.

“Classes for me are still done online. The same methods and mediums are being used this year,” she said. To improve the quality of home-based learning, Farah posited that universities should invest more in hands-on simulation systems to ensure the practical components can be carried out more effectively.

As the Covid-19 situation remains uncertain, both aspiring doctors hope to be able to complete their degrees and go on to serve society.

All articles on this page are contributed by participants of the BRATs Young Journalist Programme run by The Star’s Newspaper-in-Education (Star-NiE) team. Throughout the year-long programme, participants aged between 14 and 22 from all across the country experience life as journalists, contributing ideas, conducting interviews, and completing writing assignments. They get to earn bylines, attend workshops, and extend their social networks. To join Star-NiE’s online youth community, go to facebook.com/niebrats.

Education meant to be enjoyed

Klang Valley schools are reopening, here's what you need to know