PEOPLE with disabilities are part of our diverse community, and just because they are different does not mean they are incapable of achieving great things – this was the message Dr Anthony Chong (pic) wanted to convey to the public during a recent email interview with StarEdu.

It is also a reality he embodies through his academic achievement as a deaf person.

Recently, the 39-year-old made waves on social media after he shared news about his latest academic milestone – he was conferred a doctoral degree (PhD) in anthropology and sociology from Universiti Malaya (UM). 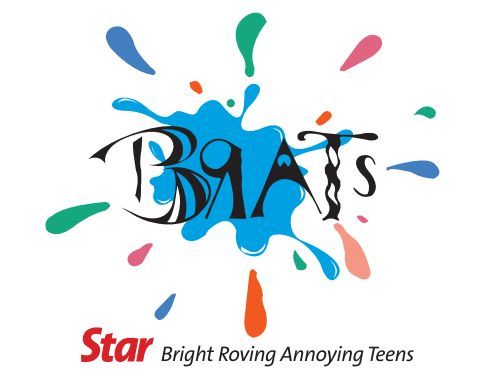 While he was pleasantly surprised by the recognition, Chong was more interested in raising the awareness and changing the perspectives of society, including policymakers, government officials and hearing academicians serving the deaf community.

“I also hope that this news will encourage more deaf people to pursue a PhD regardless of their struggles,” he said, adding that nothing is impossible if one is willing to step out of one’s comfort zone.

Chong himself had experienced some of the struggles firsthand throughout his journey as a student.

He recalled urging his teachers to give his special education class a timetable on his first day in secondary school.

“Teachers just came to our class to teach whenever they had time. I realised most of us were spending time talking and idling away,” he said.

His proactive approach led to a teacher asking if he was interested in studying with his hearing peers instead, he shared.

It was an opportunity that the Selangorian seized without hesitation. He went on to stun his teachers and 40 hearing classmates when he was subsequently promoted from the 16th class to the third, where he ranked top of his class.

Chong succeeded in doing so, despite having difficulty mastering Bahasa Malaysia and the English language, and coping with communication barriers with hearing people.

“Most of my teachers were not fluent in BIM. This hindered effective communication.

“I could not grasp lessons and relied heavily on notes my deskmates shared. Communication with my hearing classmates was also limited to writing on paper,” he said.

He added that it was only when he was pursuing his Master’s degree in linguistics in UM that he received BIM interpreting services.

“These services, however, were only lecture-limited. Hence, I had to communicate with my supervisors through pen and paper,” said Chong, who received scholarships to pursue a computing degree at KDU College, as well as a Master’s degree in deaf studies focusing on cultural studies at Gallaudet University in the United States.

While he obtained a postgraduate research grant worth RM19,800 from UM, his six-year PhD journey hit a hurdle from the outset as finding a supervisor proved to be arduous.

“I had to email each lecturer. Many said they were not skilled in my area of study until I finally found Dr Rosila Bee Mohd Hussain.

“She had been supportive throughout, tirelessly pushing me and providing resources to help with my thesis writing,” he said.

He also shared that pursuing his PhD studies, while holding a full-time job as an administrative officer and being actively involved in the deaf community, could be overwhelming for him sometimes.

“It was a constant race against time. On several occasions, I would isolate myself and simply hit the books overnight.

“When I needed to complete my thesis, I set aside all prior commitments,” he said.

In his dissertation, Chong zoomed in on the construction of deaf people’s identities through intersectionality in Malaysia’s mainstream society. Through his research, he discovered that deaf Malaysians develop two identities at an intersection, contrary to previous literature.

“Interestingly, these two identities are embraced without realisation,” he said.

According to Chong, these intersectional identities occur due to societal experiences.

“If deaf people do not encounter societal barriers, they would simply be people with a diversified background. They become persons with disabilities because society places these barriers on them,” he said.

He also pointed out that it is important to use the term “BIM interpreter” in the Malaysian context, instead of “sign language interpreter”, as there are over 200 sign languages in the world.

“This is to raise awareness and eliminate misconceptions that sign language is universal,” he said, adding that British Sign Language and American Sign Language have been introduced to the education system, further widening the communication gap between the old and the younger generation of deaf people.

On what’s next for him, Chong said he looks forward to playing a part in shaping the future of the deaf community who, he said, fuels his passion to work for their betterment.

“I hope to be involved in policymaking. i would also like to conduct research projects and collaborate with universities.

“It is time to reform deaf community policies and shift misconceptions, especially those revolving around BIM,” he said.

Yeung, 21, a student in Selangor, is a participant of the BRATs Young Journalist Programme run by The Star’s Newspaper-in-Education (Star-NiE) team. Throughout the year-long programme, participants aged between 14 and 22 from all across the country experience life as journalists, contributing ideas, conducting interviews, and completing writing assignments. They get to earn bylines, attend workshops, and extend their social networks. To join Star-NiE’s online youth community, go to facebook.com/niebrats. 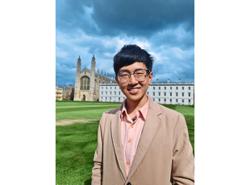