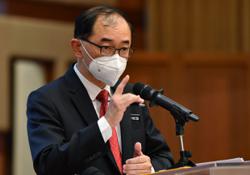 Aspiring policy advisor: Tan has set his heart on serving his home country after completing his studies.

A MALAYSIAN student has recently won three scholarships to pursue a doctoral degree (PhD) at the University of Cambridge in the United Kingdom.

Hailing from Kajang, Selangor, Tan Chee Yong will start his PhD in development studies this October as a recipient of the Cambridge Trust Scholarship, the Tunku Abdul Rahman Postgraduate Scholarship of St. Catharine’s College, and a fund from the Malaysian Commonwealth Studies Centre (MCSC) in Cambridge.

The 24-year-old is no stranger to the university where he has recently completed his Master of Philosophy in Sociology with a distinction.

In fact, the UK has been his home since 2017, having received the Khazanah Global Scholarship to pursue his Bachelor of Arts (Hons) in International Relations at King’s College London.

For his PhD dissertation, Tan will focus on Malaysia’s development policy and future, an apt research area as he aspires to work as a policy consultant or diplomat for his home country after completing his studies.

On his hopes for Malaysia, the former Perdana Fellow said a more inclusive approach needs to be considered in planning for the welfare of the people.

“Three main things that are lacking in our country are equity, human capital and development.

“Emphasis should be placed on urban poverty, brain drain, and the gap between the rich and the poor,” he said.

Tan’s interest in the subject matter of his studies stems from his passion for current affairs and social science.

“I’ve always been interested in the news since I was little. Current affairs are interesting and I am constantly curious about the happenings in the world,” he told StarEdu via a video call.

As a young student, he had also often dreamt of studying abroad.

The opportunity to do so, however, did not come without its set of challenges.

Tan was single-handedly raised by his mother after his father’s passing when he was still in primary school.

Tragedy struck again when he was preparing for scholarship interviews as an A-Level student at Methodist College Kuala Lumpur – his mother died following a battle with cancer.

“My mother was my inspiration and motivation as she was a strong woman. She made me believe in what I wanted to do.

“Even when she was battling cancer, she still encouraged me. She helped me prepare for interviews and advised me on how to carry myself well,” he recalled.

After his mother’s death, Tan, being an only child, had to rely on himself to achieve his dreams of pursuing a tertiary education abroad.

He also threw himself into a string of extracurricular activities, finding the most fulfilment in debates and even submitting essays to newspapers to express his opinion on development policies in Malaysia.

Having made it to the UK, Tan said his time abroad has helped him develop even more self-confidence and enthusiasm for his subject knowledge.

When asked what advice he would give students, Tan recommended identifying one’s strengths and passion.

“I love what I am doing; that is why I am hardworking. You will do well not for the sake of it but because you will strive for something that you are passionate about.”

He is also a firm believer in the merits of perseverance and determination.

“Never give up despite the challenges you face and always ask yourself this: Who do you want to be at the end of the day? I, for one, want to make my friends and family proud,” he said.

Lim, 20, a student in Kuala Lumpur, is a participant of the BRATs Young Journalist Programme run by The Star’s Newspaper-in-Education (Star-NiE) team.

Throughout the year-long programme, participants aged between 14 and 22 from all across the country experience life as journalists, contributing ideas, conducting interviews, and completing writing assignments.

They get to earn bylines, attend workshops, and extend their social networks. To join Star-NiE’s online youth community, go to facebook.com/niebrats. 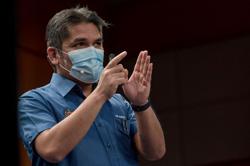