IN this final episode of stories donated by The Straits Times newspaper of Singapore for use by teachers and students in the classroom, The Star’s Newspaper-in-Education (Star-NiE) programme presents a story featuring the legendary Cleopatra. It has been rewritten as a modern news or feature story.

The stories we have featured are not just good yarns. They touch the soul, nourish the mind, and give readers a better sense of their place in the world.

By studying the plots and characters, readers can make the stories a part of their lives.The tale behind the story

Cleopatra was a queen who ruled Egypt between 51 BC and 30 BC, coming to power when she was just 17 years old. She shared the throne with her younger brother Ptolemy XIII. 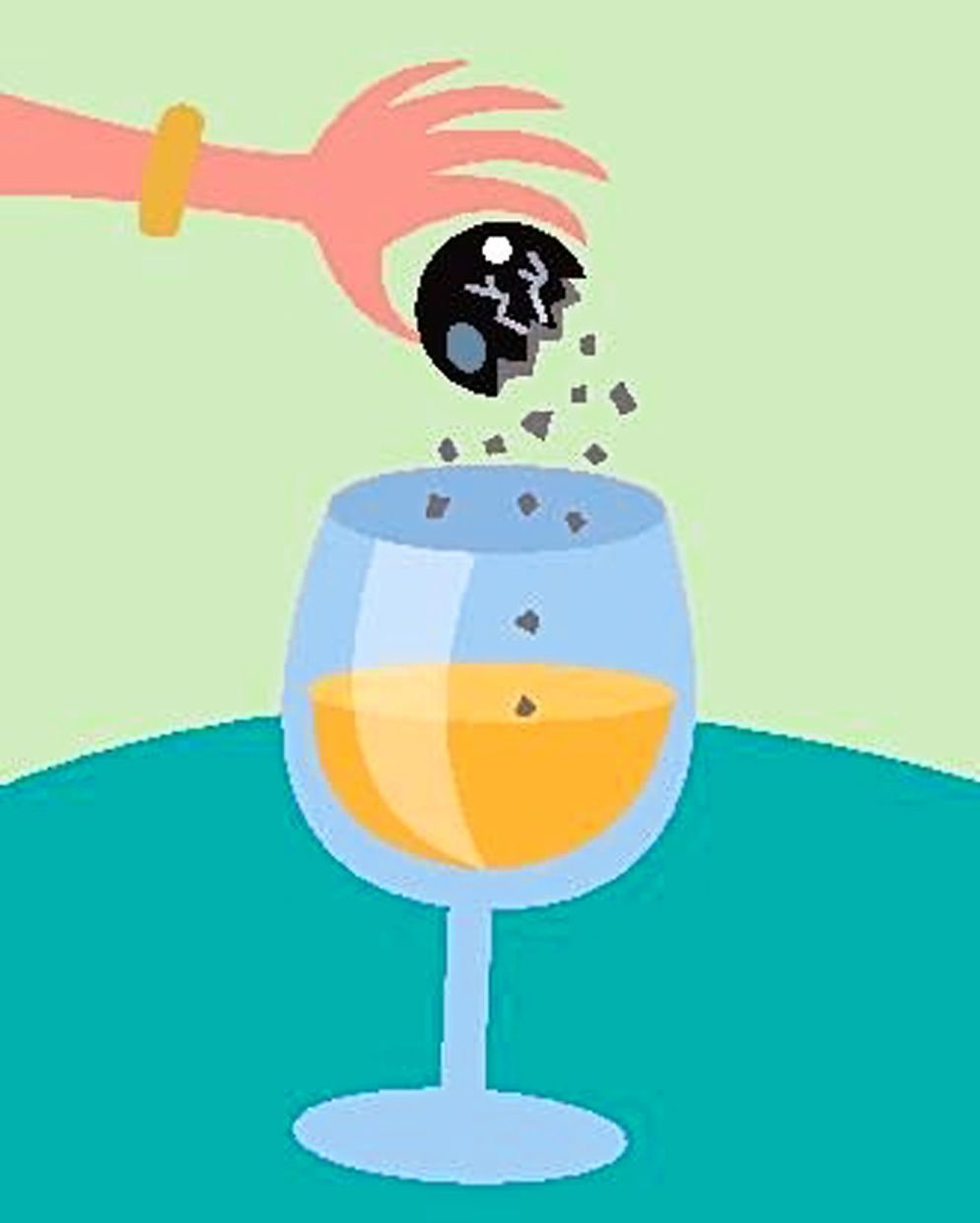 A capable monarch, she spoke many foreign languages and restored much of the wealth that previous rulers had wasted.

She also gripped the imaginations of many writers and artists, including the famed English playwright William Shakespeare.

The legends paint a picture of a beautiful seductress who allied herself with two of the most powerful men of her time.

Her relationships with the Roman generals Julius Caesar and Mark Antony were partly driven by her desire to protect Egypt from invading enemies.

The pearl banquet is one of the many famous stories about Cleopatra. Historic records suggest it did take place but like many legends, it is a mix of truth and fiction.

Another famous story is about how Cleopatra died.

After Rome attacked Egypt, she is said to have taken her own life by letting a poisonous snake bite her, though some believe this was murder, not suicide.YESTERDAY, a new world record was set for throwing the most expensive dinner.

It was hosted by Cleopatra, the wife of one of the country’s richest businessmen, famed for her intelligence, beauty and relationships with rich and powerful men. The daughter of a prominent family, she single-handedly turned the failing oil business she inherited into a successful empire.

Her first husband was Julius Caesar, the millionaire businessman, politician and former army general who was found stabbed to death in his office last year. The identity of his murderers remains unknown, but police think it was a group of unhappy employees.

After his death, Cleopatra met business tycoon Mark Antony, who used to work for Caesar. He left his wife for her and they were married seven months later.

The record-setting dinner is just the latest episode in a romance and courtship that has provided plenty of fodder for gossip magazines and tabloids.

It came about because of a playful wager between the couple.

“I bet I can throw the most expensive dinner the world has ever seen,” a waiter overheard Cleopatra telling Mark Antony. “It will cost $10 million,” she said.

Thinking this impossible, her husband accepted the bet. The following week, Cleopatra sent him an SMS telling him to meet her at the neighbourhood coffee shop.

He turned up to find the most humble, ordinary meal laid out on the table.

“No way this is going to be the most expensive dinner in history,” he exclaimed, thinking he had won the bet for sure.

What he did not notice, however, was an innocent-looking glass of vinegar on the table. As he ate his dinner, Cleopatra calmly removed her pearl earrings. A present from Mark Antony, they were made from rare black pearls estimated to be worth $10 million.

She crushed them into a powder, mixed it into the vinegar to dissolve it, and drank the lot.

Stunned but impressed, Mark Antony was forced to admit she had won. An official for the Guinness Book of World Records, whom Cleopatra had made sure was there to witness the event, certified the dinner as the most expensive ever.

Apart from setting a record, the remarkable meal has also started a trend.

One jewellery maker plans to launch a line of water-soluble earrings and necklaces, and several restaurants are offering Cleopatra and Mark Antony-themed dinners for Valentine’s Day. 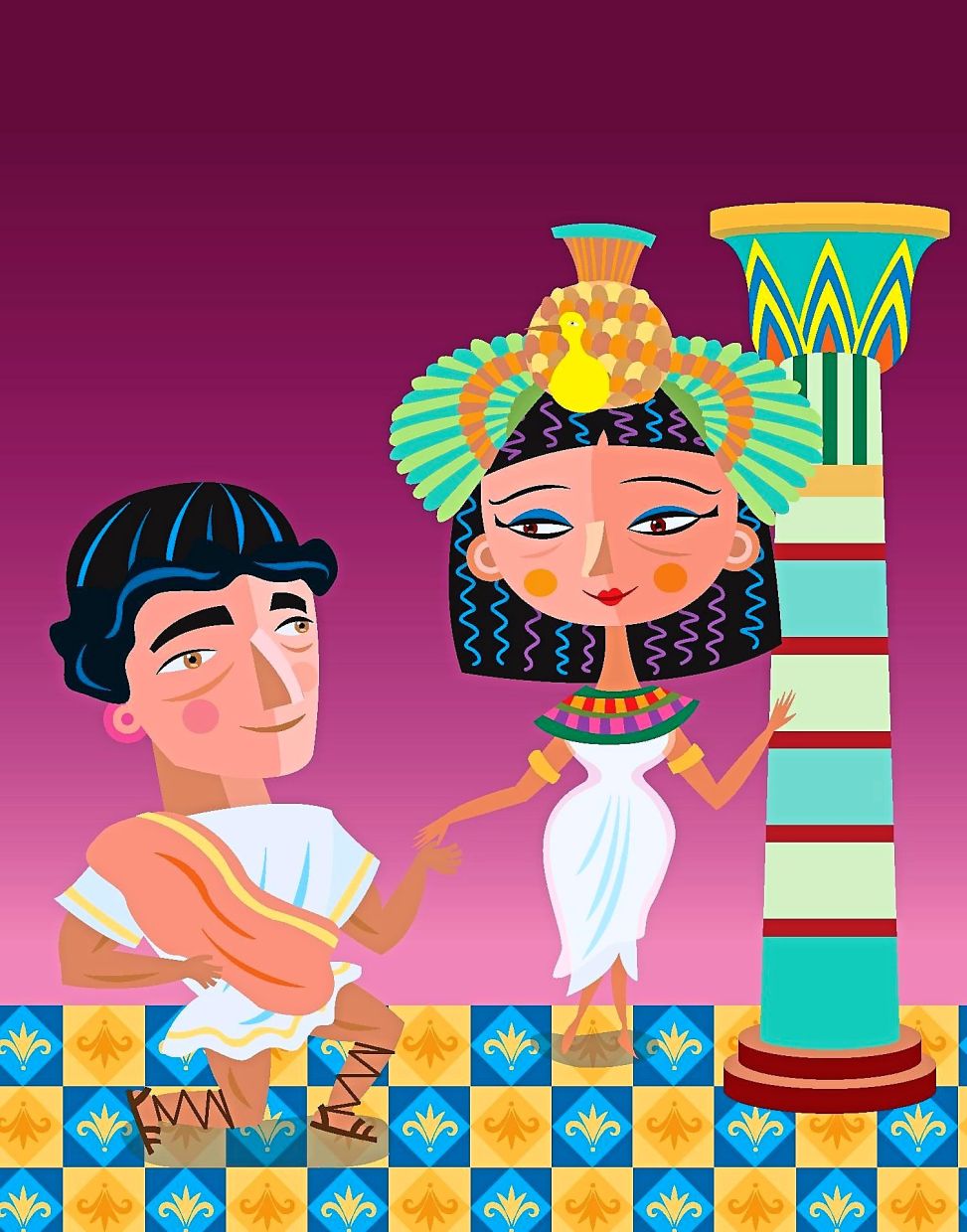 SINGLE-HANDEDLY – Alone and without help

EMPIRE – A group of companies (in this case), or a group of countries under the control of a single organisation or leader

EPISODE – An event or incident

HUMBLE – Simple, not showy or elaborate

INNOCENT-LOOKING – Appearing as though it will cause no harm

TREND – Something that is fashionable, popular and copied by manyIF YOU ENJOYED THIS, READ:

> Anthony And Cleopatra (Shakespeare For Everyone) by Jennifer Mulherin, Abigail Frost and Gwen Green

> Queen Victoria And Her Amusements by Alan Macdonald

The Little Big Story Book: Tall Tales That Made The News by Alison de Souza