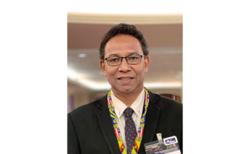 THE sudden passing of Prof Dr S. Ganakumaran (pic) on Feb 18 shocked and saddened many of us in the English language teaching fraternity.

He was an icon and household name in the English language and English literature teaching community in the country.

He was a dear friend to many of us and we will miss him tremendously.

I had the pleasure of knowing Ganakumaran both as a friend and a tutor. He was doing his doctorate in Nottingham University in the United Kingdom when I met him as an undergraduate in the campus some 26 years ago.

At the time, I was taking the Bachelor of Education in Teaching English to Speakers of Other Languages (TESOL) programme together with 20 other Malaysian English language teachers.

He was there with his wife and mother, and was kind enough to open his house to the Malaysian teachers to celebrate Deepavali and other special occasions. As Liverpool football club supporters, we would also gather to watch the matches on TV.

He had a car and whenever we needed to get to someplace urgent, he was ever willing to go out of his way to help us.

He was also of great help to us in our tertiary studies. A Literature Studies “guru”, he was an advisor to some of us who opted to study literature for our first degree thesis.

Eventually, the years went by and we all returned home after the completion of our studies. We were posted to schools and colleges in various parts of the country.

Being from Seremban, I was posted to a secondary school in Port Dickson and in my third year there, I applied to study my Masters in English Education.

I wanted to enrol in Universiti Kebangsaan Malaysia (UKM) in Bangi, Selangor, because it was the nearest to my home in Seremban.

Ganakumaran, who was then working in UKM, helped me secure a spot at the campus even though the admission deadline had closed.

I did not have the pleasure of attending any of his classes but in my final semester, I was assigned to Ganakumaran for consultation and the supervision of my Masters thesis, which was on literature.

I can never forget his greatness and generosity in dealing kindly with me, while taking into account that I was older than him by a few years.

One day, I was waiting to see him outside his room in the campus faculty about my thesis, along with 10 or more undergraduates.

As Ganakumaran walked into the narrow corridor, we all got up and greeted him before he stepped into his room. Shortly after, I received a call from him on my handphone, telling me that I could see him at his home on a weekend.

I quietly walked out of the corridor feeling relieved and comforted because I had felt like a sore thumb sitting in the midst of those young undergraduates – I was in my early 40s while the undergraduates were in their early 20s, and some of them were looking at me rather awkwardly.Since then, I had had the pleasure of meeting Ganakumaran a couple of times about my thesis at his home. He was instrumental in helping me complete my Masters thesis and education.

He was a fantastic supervisor who had an in-depth knowledge of literature and he guided me on the nuances of the literary text.

Ganakumaran had written hundreds of letters, features, articles and papers on the teaching of English language and English literature.

He had presented papers and keynote addresses at symposiums and conferences locally and abroad.

For a number of years, he had been the Malaysian English Language Teaching Association (MELTA) president, organising many conferences which provided a source of inspiration for English language teachers in the country.

After serving in UKM for a number of years, he joined the University of Nottingham Malaysia in Semenyih, Selangor, and was the head of its School of Education before his passing.

Among the various other capacities and portfolios he had taken on included a seat on the Board of Governors at St. Paul’s Institution in Seremban.I am privileged and honoured to have been under Ganakumaran’s tutorship in English language and literature education.

He was a good friend and a wonderful mentor. May his soul rest in peace! 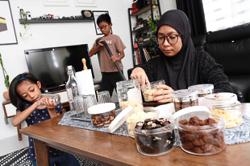 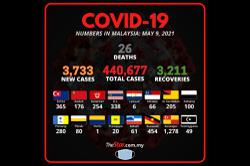